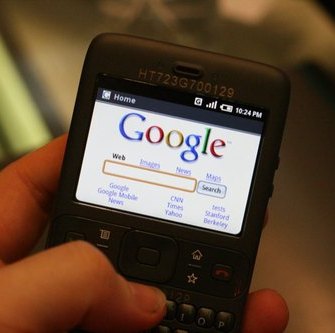 OF all the latest cell phone operating systems, Android is attracting the most attention. Android has become a hot topic among gadget lovers since the middle of last year. At that time, Google, the giant Internet company, announced a plan to market Android-based smart phones.

Android is a mobile operation system that uses the modified version of Linux. Initially it was developed by Android Inc, which was purchased by Google, and recently acquired by Open Handset Alliance.

Android is an open source computer code software so that a programmer can make new applications. Android makes available thousands of both free and paid applications as well as integrated Google applications, such as push email, Gmail, Google Maps and Google Calendar.

Android's popularity has grown fast since its release. After its launch in the middle of 2009, it had a 2.7 percent global market share, making it the number seven mobile phone. However, this year Android is predicted to be in second position, slightly below Symbian-based ones.

So, analysts would not be overestimating things if they were to predict that Android would enjoy an approximate 30 percent market share in 2012, while the market leader, Symbian, will still dominate with a 39 percent market share. "This is the result of research conducted by ACNielsen. That is why we are starting to market Android-based cell phones," said PT Konten Indomedia Pratama president director Sarwo Wargono during the launch of Android IMO S900 at Score, Cilandak Town Square, South Jakarta, in December.

Sarwo feels that there is a huge market potential for Android because the operation system is free and was developed by leading companies grouped in the Open Handset Alliance, a consortium of 34 software, hardware and telecommunication companies, including Google, HTC, Intel, Motorola, Qualcomm, T-Mobile and Nvidia.

Samsung was the first manufacturer to produce Android-based smart phones by launching Galaxy i7500 in the middle of 2009. Nexus One, designed by Google and manufactured by HTC, was released at the end of 2009. It created ripples in the US market, but ultimately it was not highly successful.

Business Week recorded that only 20,000 Nexus One were sold in the first month in the US, which is far below the 1.6 million units sales figure of Apple iPhone 3GS in its first week.

Although Nexus One was not as successful as Google had hoped, one should not underestimate the Android operation system. Even Apple has been cautious in facing competition from Android, and last month filed suit against HTC, the Taiwanese producer of Nexus One, accusing it of copying a number of technologies on which Apple holds patents.

It is logical for Apple to be worried as iPhone will probably no longer dominate the market with the presence of the open source Android system. It is quite possible that low-end manufacturers will use Android, which has sufficient multimedia capability to produce smart phones much cheaper than iPhone.

As an open source system, Android indeed has many advantages compared to other operating systems because Android understands users' needs. "So, an ordinary or conventional mobile phone will turn into a sophisticated one if a consumer uses the right applications to match his or her needs," confirmed Priyo Hertoto from content provider Falcon, who tested the sophistication of Android.

According to a survey conducted by Black Duck Software at the end of 2009, there were 224 new open source software projects at Google Android, which means projects at Android total 357. This figure certainly means that Android can soon lead the way and overtake Apple with its iPhone, which is still currently number one.

Many developers focused on Android during 2009, causing the application projects to jump by 168 percent, while there were only 76 projects at iPhone, meaning an increase of only 43 percent. "We see strong and rapid growth in the open source projects with a current percentage of 39 percent in more than 3,200 applications," Petrus Vescuso, executive vice president of Black Duck Software, told InternetNews as quoted by okezone.com.

The data indicates that Android mobile phones may become a threat to other smart phones, such as BlackBerry, iPhone and those made by Nokia. But will it change the cell phone market situation here in 2010?

Many observers are not too sure about it achieving the same success here as in the US and Europe, because the Internet network in Indonesia is not as reliable as those abroad. "Android users need unlimited, fast and cheap Internet connection," commented Priyo Hertoto.

That is not the only reason. Android is a high-tech product and only suits those who are highly sophisticated. Marketing Android here will mean the developer and operators will have to extensively educate the public. Without an awareness campaign, the product will remain sophisticated but not too popular here in Indonesia. (Burhanuddin Abe)