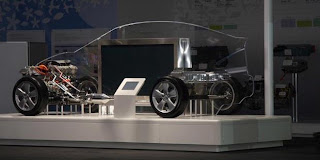 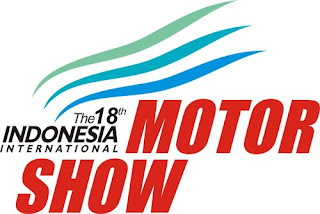 THE Indonesia International Motor Show (IIMS) 2010, held from July 23 to Aug.1, is certainly an attractive event due to the exhibition and parade of various cars, including those with new concepts and fuel efficient engines.

The exhibition, held at JIExpo Kemayoran, will present the latest and most sophisticated cars from authorized agents in Indonesia, including commercial vehicles.

What is unique, according to IIMS 2010 executive chairman Johnny Darmawan, is the eco-technology theme of the event. Chevrolet, for example, is exhibiting under the theme “Advancing with you and Hybrid Rock!”. Meanwhile, Daihatsu will present the e:S concept eco-car and fuel cell engine.

All Daihatsu cars have the environmentally friendly e:S technology, which is an abbreviation of eco and smart. The e:S Concept’s engine is only 660 cc and consumes only one liter of gasoline per 30 kilometers.

Suzuki will present its latest MPV with environmentally friendly technology as well as several other hybrid products. Suzuki has also prepared the Suzuki R3, another MPV that was exhibited at the New Delhi Auto Show.

This time IIMS 2010 will probably be an event for authorized agents and manufacturers in Indonesia to show their commitment to environmentally friendly vehicles. This worldwide trend has to a certain extent had some influence on the domestic automotive industry.

Global events also present environmentally friendly cars, such as the New York International Auto Show (NYIAS) 2010 on April 1 where some of the cars acknowledged as World Green Cars for this year were Jenewa-Toyota Prius, Honda Insight and Volkswagen Bluemotrion (Polo, Golf and Passat).

The fluctuating oil price has prompted many manufacturers to produce energy efficient vehicles. Honda Motor, for example, has been one of the most diligent makers of these types of cars over the past few years and launched a low-cost hybrid car in early 2009 in Japan, North America and Europe.

Currently there are only a few low-cost fuel saving hybrids with low emissions on the market due to the high cost of production and the related taxes even though such cars would significantly reduce the greenhouse effect. Vehicles account for 14 percent of and are the No. 3 contributor to the greenhouse effect.

It is not only Toyota that is interested in the green car movement. Nissan with its French partner, Renault, although not too focused on producing hybrid cars, late last year unveiled an electric car that has a driving range of more than 160 kilometers on one full charge. The car is slated for launch in late 2010 in Japan, the US and Europe and will be marketed worldwide in 2012.

According to Koji Endo, an auto analyst at Credit Suisse, it will be much easier for Toyota, for example, to shift to electric cars based on its vast experience in making long lasting batteries.

For battery development, Toyota is working jointly with Panasonic. This will presumably be a long partnership because Toyota hopes to produce only hybrid cars by 2020. Toyota believes in hybrid cars because they are more efficient and lighter than wide bodied cars.

The war in battery manufacturing has indeed begun, including among European and American makers. Japanese electronics and battery producer Sanyo, for instance, has signed an agreement with Volkswagen (VW) for the development of lithium-ion batteries, which will be installed in VW hybrid cars. This Germany manufacturer has not yet launched a hybrid sedan but did produce a diesel hybrid version of the Golf this year.

In a car exhibition in Los Angeles, the US, last year VW exhibited a hybrid van using lithium-ion batteries and hydrogen fuel-cell. VW’s premium brand, Audi, will soon launch a hybrid version this year: SUV Q7 series and the A4 variant. The city car, such as A1, will probably be produced in hybrid version.

Hence, in the near future electric cars will be super compact, while hybrid engines will be used in larger ones. Slowly but surely there will be a change from the current cars that we know to electric and hybrid ones.