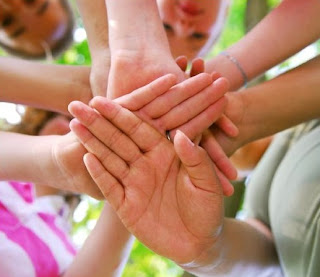 EVEN though Corporate Social Responsibility (CSR) has become compulsory for limited liability companies, many businesses still have an inadequate understanding of what CSR is all about.

On the other side, many CSR programs run by companies are similar or overlap with programs held by other companies. "There should be multi-sector collaboration between the government, private companies and NGOs for a better direction of corporate social responsibility programs so that they do not overlap but support each other," said Noke Kiroyan, Chairman of the Board of Patrons of Indonesia Business Links (IBL), a non-profit organization established in 2001 to further the development of CSR in Indonesia.

Apart from overlapping CSR programs, there is also a misconception that CSR programs are always costly, although in reality it is not so. "CSR activities are more than charity because they include good and healthy business practices, which is called Good Corporate Governance," said Noke.

What is clear is that one should not underestimate CSR programs or activities because they are more than charity or merely the act of distributing foodstuff to the poor. "CSR is based on an entirely different concept, which means that it makes a real and sustainable contribution to society and the environment," Noke pointed out.

CSR should also include all types of relationships, that is, not only with the public but also with customers, employees, stakeholders, the government, suppliers and even with competitors, he continued.

Clearly, a company's image has a great impact on its products. Currently, almost anyone can access information about any company in the world. "So if a company is not socially committed in some part of the world, the news spreads fast and the impact is a negative image, while if the company is fully committed to its CSR programs, such as in the preservation of the environment, public health, education, real action during and after natural disasters and so forth, the company's image will be positive," he emphasized.

Noke said that companies doing business in accordance with the law make a real contribution to the sustainable development of the country's economy.

According to Noke, IBL also promotes the implementation of CSR by companies here along with ethical business practices for the nation's development. One example of IBL's activities that is related to ethical business practices and law compliance is its role as the coordinator of the Community of Anti-Bribery Businesspeople (Komunitas Pengusaha Anti Suap or KUPAS) since 2009. IBL believes that companies have an important role to play in reducing bribery.

Being a signatory to the pact is compulsory before a company can join KUPAS. "So this way, we strive to prevent bribery," explained Noke.

He added that if a member company were later proven to have paid a bribe, it would be expelled from KUPAS. "By not paying bribes, I believe the current rate of bribery, which is high, can be reduced," he said.

Noke further explained that since 2001, IBL had gone all out to promote good business ethics and had held 44 related workshops in 16 cities (15 provinces) from Banda Aceh to Manokwari, collaborated with the Corruption Eradication Commission (Komisi Pemberantasan Korupsi or KPK), participated in radio and television talk shows, placed public service advertisements on corruption and published books on preventing corruption.

"Through the conference, we expect all sectors, such as the government, private companies and non-profit organizations to meet and discuss and understand each other's views and roles in relation to CSR programs," said Noke.

"Eventually, we also expect that via this forum, an awareness will be created for multi-sector cooperation for the sustainable implementation of CSR programs," he added. (Burhanuddin Abe)