The Ramadan tradition in Indonesia 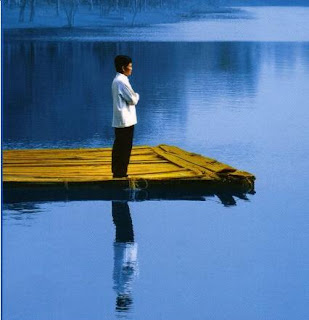 In Indonesia, where the majority of the population is Muslim, there are various traditions in a number of areas in which people welcome the holy month of Ramadan. Although traditions may differ, the spirit remains the same, which is joyful and gratefulness in welcoming the holy month.

Andre Moller, in his dissertation “Ramadan in Java, the Joy and Jihad of Ritual” Fasting, wrote about the varied traditions of Indonesian Muslims. While believing in one and the same God, Muslims across the world have different traditions, so it is not surprising to find the differences according to historical background or geographical location. Therefore, Ramadan in Yogyakarta is not the same as Ramadan in Aceh, for instance, and Ramadan in Indonesia is also different from Ramadan in Palestine and so on.

Many non-Muslims, especially Westerners, think that fasting during Ramadan is ultimate suffering for those who fast. One can understand this misconception because they do not really understand the concept of fasting during the holy month. Not eating, drinking or smoking, and refraining from sexual relations and gossiping, etc. for a whole month is indeed a heavy burden for some, especially in a tropical country like Indonesia.

Muslims here have a unique enthusiasm in welcoming the holy month as they are joyful and highly excited about it. A month earlier, in the month called Syakban, they hold various programs and rituals. Kindergarten and school students go around the city in procession, malls offer special discounts and promos, special religious rituals called ruwahan are held at home and many visit cemeteries to pay their respects to deceased parents or relatives.

Muslims in Klaten, Boyolali, Salatiga and Yogyakarta in Central Java have a different ritual, Padusa, as they submerge themselves in water believed to be holy or bathe in holy wells or springs to cleanse themselves spiritually and physically prior to the holy month.

Meugang is practiced in Nangroe Aceh Darussalam (NAD) and Muslims over there slaughter goats, sheep or buffalos. This tradition has existed in the province since the year 1400 when the province was ruled by kings.

Balimau belongs to Muslims in Padang, West Sumatra. It is similar to Padusa. Nyorog for the Betawi people in Jakarta means distributing food to elderly family members. Although the terminology Nyorog has almost disappeared the tradition still remains. The food varies, such as buffalo meat or beef, fish, packaged noodles, coffee, milk, sugar, syrup and so forth.

It is about welcoming the holy month of Ramadan, while during the whole fasting month the rhythm of life also changes. In the wee hours of the morning before sunrise one has sahur, which is the morning meal, usually together with one’s family and normally one then goes to worship at the mosque and recites the Koran.

Many restaurants and food stalls are not open for business during Ramadan, but some are open in the evening until before sunrise. Before breaking the fast at maghrib or after sunset there is a tradition called ngabuburit, which means chanting and praying prior to it. Today in many major cities in Indonesia there is also a tradition called buka bersama, which means breaking the fast together with relatives, friends or colleagues at restaurants or cafes that have special promotional offers during the holy month.

Salat tarawih, which are non-obligatory evening prayers during the fasting month, are quite popular in Indonesia. Therefore, one often finds numerous neat rows of worshippers in mosques in the evenings of Ramadan praying for almost one hour after breaking the fast. Some do this only at the beginning and end of the fasting month.

What is unique about Ramadan in Indonesia is that it does not belong to adults alone but also to children. During other months children are usually not allowed to play or run about during maghrib or the evening prayer time, but during Ramadan they are not forbidden to do so by their parents so long as they break their fast or have their meal first. In Indonesia, Ramadan is a family ritual and male dominated as in some Islamic countries.

Another Indonesian characteristic of Ramadan is the celebration of Nuzulul Quran (the day commemorating the advent of Koran) and Lailatul Qadar (the night of the Koran’s revelation). In Indonesia, Nuzulul Quran is celebrated on 17th Ramadan while Lailatul Qadar is on the 27th of the same month. According to the late Nurcholish Majid, both celebrations are uniquely Indonesian traditions.