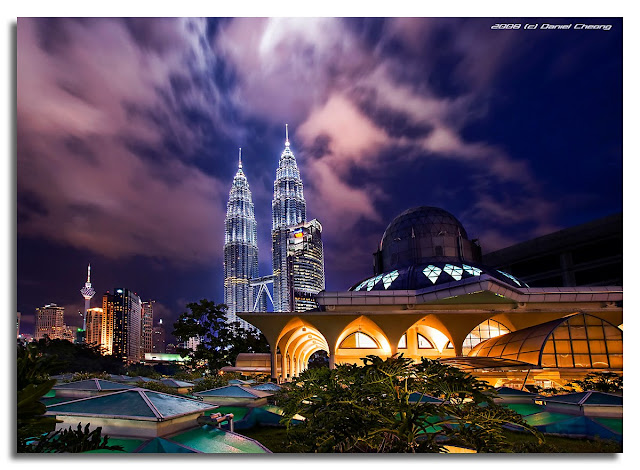 RELATIONS between Malaysia and Indonesia can be bumpy, but despite this Indonesians are still drawn to the neighboring country. Apart from being geographically close, the people of the two countries have many similarities, which makes tourists from Indonesia feel at home in Malaysia.

One should give the thumbs up to the Malaysian government for its seriousness in managing its tourism. It has proudly adopted the slogan “Malaysia Truly Asia” as it has greatly improved its infrastructure to attract foreign tourists.

Malaysia is very smart in promoting and developing the country’s tourism. Places that used to be unkempt and rundown have been transformed into attractive tourist sites. One example is the old city of Melaka, which presents delicious culinary and ancient buildings.

What is actually interesting about Malaysia? For starters, the scenery, culture, people and delicious food all make a trip memorable. On top of that there are now many budget flights to this country.

Malaysia is a country of various races, such as Malays, Chinese, Indians and Eurasians. The meeting point of various cultures started in the 15th century when Melaka, which was at the center of the spice trade, became one of the world’s major trading seaports. Its past historical background has made the country a combination of various cultures and the artistic heritage and rich diversity reflect this.

Today, Malaysia, with its population of 27.17 million, is rapidly developing and is becoming increasingly popular throughout the world. Its diverse culture and various ethnic groups not only make Malaysia a paradise of food but also unique due to the numerous cultural festivals. So, it is not surprising that the friendly Malaysians love to party.

Malaysia is geographically located between two degrees and seven degrees to the north of the equator. The South China Sea separates the Malaysian peninsula from Sabah and Sarawak. To its north is Thailand and to the south is Singapore. Sabah and Sarawak are north of Indonesia and located in Borneo.

Malaysia consists of 14 states, with 12 of them on the Malaysian peninsula and the remaining two in the north of Borneo. Numerous tourist attractions lie in the country’s scenic mountains and beaches. Another plus point is the wooden houses and skyscrapers that one can find in this country. Beautiful five-star hotels are strategically located in the mountain resort areas and beaches.

One can visit Langkawi to enjoy its natural beauty and panoramic beaches. Langkawi, also called the Jewel of Kedah, consists of 99 small islands — five of which appear at low tide — and is located in the Andaman Sea about 30 kilometers to the northwest of Malaysia.

The islands are part of Kedah state, which is close to the Thai border. Langkawi Island is the largest and only populated island with about 45,000 people, while close to it is Tuba Island. The capital of Langkawi, a duty free island, is Kuah. On Langkawi, one can enjoy beautiful beaches, water sports, spa treatments and other interesting spots of natural beauty.

If you have a lively city in mind then Kuala Lumpur, the capital of Malaysia, is highly recommended. Some of the attractive tourist sites in the city are Petronas Twin Towers, KLCC, which is Malaysia’s icon just like Singapore’s Merlion statue or Jakarta’s Monas. Then there is Petaling Street, which is located in Chinatown and is similar to Singapore’s Chinatown. You can next visit Bukit Bintang Walk in Kuala Lumpur’s golden triangle, which is a paradise for shopaholics. There is also Central Market, which was previously a traditional market but has been turned into an attractive recreation place where you can get snacks that are specifically and uniquely Malaysian.

Many Indonesian shoppers make it a rule to visit Bukit Bintang in Kuala Lumpur. It is close to the monorail and has easy access as many buses pass in front of KL Plaza. You can reach the following seven malls on foot: Pavilion, Lot 10, Sungai Wang Plaza, Bukit Bintang Plaza, Berjaya Times Square, KLCC and Low Yat Plaza. You can also find hotels with affordable room rates here, starting from Rp 200,000 per night.

Next to visiting the Petronas Twin Towers, many tourists make time to go to Genting Highland or Sunway Lagoon, which is only about 15 minutes by taxi from Kuala Lumpur.

Transportation in Kuala Lumpur, and Malaysia in general, is quite convenient with many modes available, such as airplanes, trains and buses. All kinds of accommodations are also available, from five-star hotels to backpacker lodgings.

Traveling from other countries to Malaysia, including by car from Singapore, is also convenient and there are plenty of scheduled transportation to the country’s tourism sites. Of course, during peak seasons like New Year’s, Idul Fitri and Chinese New Year it is advisable to book tickets well in advance. Bon voyage! (Burhanuddin Abe)