From physical distribution to logistics service 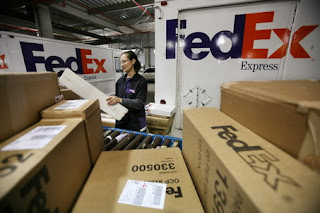 TODAY courier and cargo services have become an essential service for most companies. A recent survey conducted by SWA magazine of 54 companies in various businesses shows that a large number require courier and logistics services. Out of the companies surveyed 66.67 percent stated that they heavily depended on such services and 18.52 percent said the need was great while only 14.81 percent said the need was moderate.

This indicates that Indonesia is a major market for all manner of delivery services, including courier, cargo as well as logistics. However, foreign companies still dominate this business here. As stated by the Economy Minister Boediono in Jakarta: “The business is indeed dominated by foreign companies, so local companies have to compete by providing fast delivery as this is important for exporters so that they do not always depend solely on foreign companies. The key is efficiency,” he said.

Initially the logistics business in Indonesia started with the emergence of express delivery companies that concentrated on distribution of goods from manufacturers to consumers. In supply chain management this activity is called physical distribution outbound logistics. The express courier companies back then did not think about combining inbound and outbound activities. Inbound means delivery of raw materials from a supplier or raw material source to be processed at a factory.

The logistics business started to develop further when companies began to focus on their own core business. Hence began the era of one-stop logistics services as many companies handed over their courier, cargo and logistics requirements to the related companies.

Today in most parts of the world including here in Indonesia logistics companies offer a one-stop or total service that includes warehousing, transporting and freight forwarding as one integrated service. This is in fact in line with most clients requirements for such one stop shopping from a competent logistics company. The logistics business is currently enjoying rapid growth in Indonesia. Some observers say that its market potential is Rp 268 trillion per year. For the Jakarta chapter of the Delivery Association (Asosiasi Jasa Titipan) there are 635 companies while in Jakarta’s Logistics Association there are more than 300 companies.

However there are only a handful major players. DHL, in Indonesia operated by PT Birotika Semesta, is one. DHL was established in San Francisco over 40 years ago by three young businessmen, Adrian Dalsey, Larry Hillblom and Robert Lynn and until now the company is enjoying rapid growth. DHL, a brand belonging to Deutsche Post DHL, is currently the market leader with a revenue of over USD 46 billion in 2009.

FedEx is also another tough global player with FedEx Express at the international level as a part of FedEx Corporation, serving deliveries to more than 220 countries and territories throughout the world. It uses efficient land and air transportation to guarantee on time deliveries within one day or a maximum of two working days.

FedEx spread its wings into international deliveries more than 20 years ago when it purchased Gelco Express International, a courier company with offices in Europe and Asia. FedEx opened its first Asia Pacific office in 1987.

Initially FedEx had to compete with strong rivals such as UPS, DHL, RPS and others. FedEx then acquired Tiger International, the owner of Flying Tiger, in 1988, giving FedEx an international airline and airport facilities, enabling it to penetrate the European and Asian markets more easily. Further mergers and acquisitions further strengthened the position of FedEx in the industry.

Next was the overnight service from FedEx Express between Asia and Europe called “next-business-day service” that connected China, Hong Kong and Singapore with France and Germany. Germany is currently experiencing robust annual economic growth with 1.3 percent growth in the second quarter of 2009, while France enjoyed 1.4 percent economic growth in the same period.

Based on these indicators FedEx International Priority® felt it had to focus on consignments from Hong Kong, Shanghai and Singapore to Frankfurt, Cologne and Paris from Monday to Thursday. “Over the past decade, Europe has been a key export market for many of the region’s businesses that have been behind Asia’s emergence as an economic powerhouse,” said David L. Cunningham Jr., president for FedEx Express in Asia Pacific.

According to Cunningham the connection between Asia and Europe is an important link for businesses in this area with an annual growth of 6.5 percent for air cargo predicted for the next two decades. Moreover China and the European Union (EU) have become two major traders in the world with imports from China to the EU growing at the rate of 6.5 percent as indicated in 2008. Meanwhile Singapore has confirmed that the EU will become an important business partner. In the meantime 50 percent of Hong Kong’s electronic exports entered EU in 2008.

In view of the above, FedEx introduced a new service in October to strengthen the relationship between Asian and European business companies which actually started in March 2005. “A revived European economy will push demand for exports from Asia, especially Chinese goods, and FedEx is committed to facilitating this important connection. Today’s launch of the new Asia-to-Europe service reflects our continued confidence in supporting this trade lane by providing businesses in Asia with more efficient access to markets in Europe and opening doors for new business opportunities,” explained David. (Burhanuddin Abe)

Email ThisBlogThis!Share to TwitterShare to FacebookShare to Pinterest
Label: Courier and Cargo