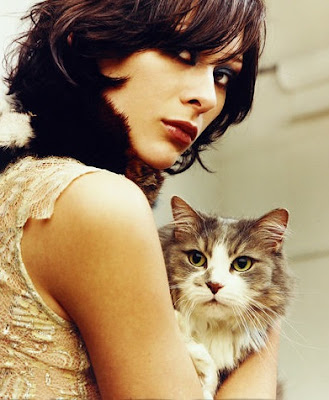 DO you ever feel lonely at home? Do you feel lost when your family is not at home? Indeed we often find it difficult to live alone, but unfortunately no one can accompany us all day long. However don’t worry, there’s a faithful companion; a pet that is.

Yes, a pet can be your friend all day long. Indeed the often-pampered domesticated pets are different from the far less fortunate animals such as animals raised for food or those human beings cruelly exploit in other ways for economic gain.

Not all animals are suitable to be kept as pets. Some people buy and keep rare protected animals and some also keep animals that carry diseases that can be transmitted to human beings. Popular pets are usually those that look or sound attractive, such as dogs, cats, rabbits, birds and ornamental fish. Children in particular have a special affinity with animals. So, don’t be surprised if your children request a pet.

In fact, you have nothing to fear, as keeping and caring for pets can be useful for a child’s psychological development. A study in England has shown that a child who keeps a pet has better social skills, while another research in New Mexico has concluded that it increases the empathy of the child and the child cares better and is more concerned.

Taking care of a pet actually means learning to love, to care and to be responsible. According to an expert a person who has loved and cared for a pet since childhood grows into a loving personality who is full of responsibility and is able to control himself or herself better.

Taking care of a pet also reduces one’s stress, because your usual daily activities, especially those of a child, such as going to school, playing, joining all sorts of courses, watching TV etc. makes you stressful. But playing with a pet, bathing it, feeding it and so forth will make you feel more relaxed.

The presence of a dog, for example, usually makes everyone in the family happy. The dog simply becomes another family member.  Some people truly regard dogs as man’s best friend. The emotional bond between owner and dog is mutual as the dog gets the benefit of his or her attention while the owner feels happy, satisfied and relaxed with its presence, hence the popular saying that a dog is more faithful than a wife or a husband.

A well cared for dog is extremely loyal to its master; it can even cry when it does not meet the master for a long time. There is one true story about a dog that kept waiting at its master’s grave after his death until finally the dog also died there. That’s how faithful a dog can be. At some nursing homes for elderly people in foreign countries dogs are made available to accompany them or for them to play with. Therefore loneliness and the feeling of being useless disappear as a result of such activities. 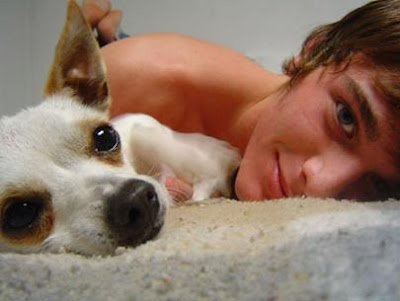 Dogs often protect their masters, for example German Shepherds have been proven to offer better protection than a burglar alarm. Dogs can also be life companions for the blind and during natural disasters they can help locate victims. They are often used by the police force as well to sniff out narcotic substances.

However, there are disadvantages too, for example, the cost of raising and caring for them, the potential damage to furniture and other items and the possibility that they may attack or harm other people. You must also consider diseases, such as rabies and so forth before you decide to keep a dog.

Cats are also popular pets. Many families keep dozens of cats. Imelda (31), who lives in Kemayoran, Central Jakarta, for example, acknowledges that she has been raising cats for years now. “My mother and I have been raising cats since my childhood and they have become a part of my family,” she said.

Indeed some people worry about diseases carried by cats. Medical research shows that cat’s hair and feces can cause disease especially for women. However, you don’t have to worry too much if the cat is kept clean. “And the most important thing is to regularly vaccinate the cats as well as bathe them properly,” said Imelda, a mother of two children who now owns four cats, including a Persian breed.

When the cats get sick she takes them to a vet, because foreign breeds are more sensitive than local ones. She has also trained them to urinate etc. in the bathroom just like everyone else. “I have trained  them since they were quite small,” said Imelda. (Burhanuddin Abe)

Email ThisBlogThis!Share to TwitterShare to FacebookShare to Pinterest
Label: Hobby