Clean water and the lack of it 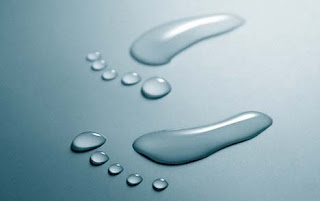 Nowadays it is difficult to obtain clean water, even from the rivers on the mountains. Most of the water contamination in Indonesia is caused by human activities such as household, farming, industrial and mining waste.

Household waste contains organic as well as non-organic garbage. Farming waste includes pesticides and fertilizers, while industrial waste often contains pollutants that are hazardous and poisonous. Thus the contaminated water can destroy various organisms that live in the water.

The Asian Development Bank revealed in 2008 that water contamination in Indonesia caused a loss of Rp 45 trillion per year that includes health costs, cost for clean water supply, loss of productive time, negative tourism image and the high infant mortality rate. Another negative impact is on the environment, ecosystem and biodiversity.

Actually Indonesia is not alone in facing these problems as the issue of clean water supply has become a global concern. That is why the United Nations has established World Water Day that falls on March 22 to draw the attention of the global public to the importance of water for life and to protect the sustained management of water resources.

World Water Day was first declared during the United Nations Conference on Environment and Development (UNCED) in Rio de Janeiro in 1992. At the UN General Assembly on Dec. 22, 1992, Resolution Number 147/1993 was issued to establish the commemoration of World Water Day every March 22 effective in 1993. This year’s theme is “Water for Cities: Responding to the Urban Challenge” (www.worldwaterday2010.org).“

Such unsafe water is the main cause of diarrhea here, which is the second killer for children below five. Almost all of the world’s major cities face various water problems. The supply of clean water is becoming more costly and rare while water contamination is a real problem. The commemoration of World Water Day should make us start to realize the importance of saving water resources.  There are three simple things that we can do that have a huge impact, namely start economizing the use of water, reduce water contamination and save rain water.

While Indonesia has a high rainfall it is indeed saddening that it is experiencing a water crisis. Indonesia has 6 percent of the world’s water supply or about 21 percent of water in the Asia-Pacific, but in reality every year the country experiences a clean water supply crisis. The clean water crisis here is based on the water quality and the water volume available in Indonesia.

Indonesia has more than 500 lakes, Toba Lake being the largest in the country (110,000 hectares). The country also has 308 million cubic meters of water in its water basins and cavities. So Indonesia undeniably has a huge water supply. Unfortunately the volume is reduced due to the degradation of water catchment areas and contamination all of which amount to between 15 and 35 percent per capita per year while at the same time the demand for clean water increases exponentially.

Water quality is related to various uses and to volume as well as self purification capability. In Indonesia, water quality, especially for drinking, is causing extreme concern.

In Indonesia every dry season many areas suffer from a shortage of water while during the rainy season there is water crisis because the water surplus often causes floods, thereby rendering the water useless.

Ideally, based on prerequisites set by the Health Ministry, drinking water should be tasteless, colorless, have no aroma, and contain no traces of metals. Although water from natural sources can be consumed by humans there is still a risk that the water is contaminated by bacteria, for example Escherichia coli or other dangerous elements. While bacteria can be eliminated by boiling the water up to 100 degrees Centigrade many dangerous materials, especially metal cannot be eliminated.

In reality most Indonesians have to consume water that is actually not fit to drink due to the country’s water crisis. The United States Agency for International Development (USAID) in its report in 2007 stated that based on its research in a number of cities, almost 100 percent of water resources in Indonesia were contaminated by E-coli and Coliform bacteria.

“Such unsafe water is the main cause of diarrhea here, which is the second killer for children below five. Three out of 10 Indonesians suffer from diseases related to water contamination,” said Walter North from USAID during the launching of an aid program for the Indonesian public last year on clean water and sanitation.

USAID indeed has helped Indonesia reduce diarrhea significantly by improving clean water and sanitation facilities. North said that the Environmental Services Program/ESP of USAID provided a major contribution toward improving public health through management of water resources and expansion of access to clean water as well as sanitation.

ESP is a 64 month program that involves the government, private sector, NGOs, public and other related stakeholders to improve public health through management of water resources and expansion of access to clean water and sanitation.

ESP has also given a major contribution to 78,144 hectares of forest conservation and the rehabilitation of 52,561 hectares of damaged land all of which to support the preservation of water resources. This has helped more than 1.25 million people gain access to clean water and enabled more than 60,000 people to obtain sanitation facilities.

Email ThisBlogThis!Share to TwitterShare to FacebookShare to Pinterest
Label: Save Our World