CSR, no longer an empty gesture

CORPORATE social responsibility (CSR) is a new activity for many companies. Initially this concern for the public was perceived as a strategic move to create a good impression in the eyes of the public. However, with the issuance of Law No. 40 in 2007 on limited companies replacing Law No 1 issued in 1995, CSR is now a binding obligation for companies. 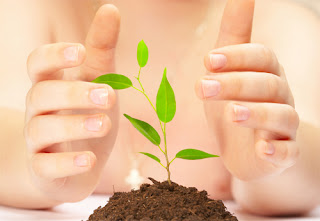 Major mining companies, such as PT Adaro Energy Tbk are focusing on supporting local athletes as part of their CSR program. Supported by PT Flypowerindo, PT Adaro Energy is fully committed to assisting national shuttlers to compete in international tournaments.
President Director Adaro Garilbaldi Thohir explained that the company’s involvement in international badminton tournaments is a first for the company. “Adaro has frequently supported local athletes especially in South Kalimantan while for international events this is the first time,” he explained in Jakarta recently.
As part of Adaro’s CSR in sports the company is giving special support to two national shuttlers, Markis Kido and Hendra Setiawan. Previously the CSR programs of the coal producing company were focused on environmental preservation and improving the social and economic welfare of the communities near its area of operation.
Every year the company allocates funds to improve the economy, education, health, socio-cultural aspects of the local community and prepares operational budgets as well as special projects for their benefit. Among the ongoing projects are cattle breeding, poultry breeding and tutorial assistance to prepare local students for the national examination.
Geographically the company’s CSR covers areas close to the mining locations of PT Adaro: In South Kalimantan including Tabalong, Balangan, North Hulu Sungai and Barito Kuala regencies while in Central Kalimantan including South and East Barito.
Similarly PT Timah (Persero) Tbk is doing similar efforts under its CSR program, such as programs to improve the local communities’ welfare like breeding of fresh water fish, seaweed cultivation and training as well as support for garment producers.
The company’s corporate secretary, Abrun Abubakar, said PT Timah (Persero) Tbk focuses on combining efficient mining techniques with efforts to preserve the environment. This way the company not only gains profit but also minimizes the impact of mining on the environment. “Thus every phase of mining activity is well planned to preserve the environment in the mining area,” he said as quoted by Republika. “That’s why”, continued Abrun, “mining exploitation must be ended by returning the area to its natural state as far as possible.”
Meanwhile PT Freeport Indonesia focuses on medical services for the Papuan people through numerous health clinics and modern hospitals in Banti and Timika. For the education sector the US mining company also provides an education fund for Papuan students and in collaboration with the Mimika government renovates school buildings and facilities. On top of that the company also implements programs to develop entrepreneurship in Komoro and Timika.
For companies involved in the exploitation of natural resources CSR has become a must. In many developed and developing countries the mining sector is quite dominant in the countries’ economy. The mining sector has a significant impact on the economy both in the positive and negative sense. While one cannot underestimate the substantial positive impacts at the same time the negative impact on the environment and socio-cultural aspects can also be quite large.
CSR is a commitment and efforts of a company to minimize the risks of the company’s presence and activities and thereby contributing toward economic, social and environmental development as well as sustained development to enhance the stakeholders’ quality of life. Internationally CSR is understood as a continuous commitment of the company to behave ethically and to take part in the country’s economic development along with improving the quality of employees’ lives together with their families as well as the related communities and the public in general.
Although the regulations and law for CSR implementation are in existence, problems are encountered in the execution due to the character of the communities involved. Therefore a thorough knowledge about the communities is an important prerequisite. On the other hand there are often questions from the communities about the percentage of company funds allocated for CSR and such questions have to be addressed.
As a reflection of the company’s genuine concern for the communities or public benefit it allocates part of its profits for sustained economic and environment development. “CSR is not a sort of activity to merely attract attention in enhancing the company’s image, but must provide added value for the public. Especially in Indonesia where there is a huge economic and social disparity CSR is a must for national companies,” said Rico Rustombi, senior vice president for corporate affairs of PT Indika Energy.
Currently Indika is focusing on CSR programs that involve education, health and the environment for the related communities. For education this mining company has developed Sekolah Kami (Our School) and Sekolah Dinamika (Dynamic School) for children at Bantar Gebang garbage dump in Bekasi, and provides scholarships to university students, graduates and activists from a number of NGOs as well as scholarships for gender studies The company also fully supports the national education drive “Indonesia Mengajar” (Indonesia Teach). (Burhan Abe)
The Jakarta Post, March 11, 2011
http://www.thejakartapost.com/news/2011/03/11/csr-no-longer-empty-gesture.html
Posted by Burhan Abe di Saturday, March 12, 2011