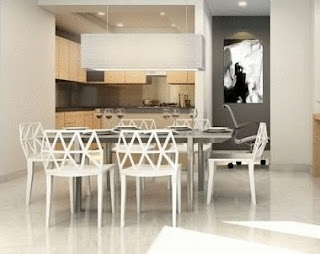 DEVELOPERS are going all out to build first class apartment, complete with all facilities to complement the active modern lifestyle. Luxuries apartment such as these are generally in the central business district (CBD) or Menteng and Kebayoran Baru. However the premium location is just one plus point as there is another factor that is more vital, and that is the exclusivity.
Cushman & Wakefield  reports that based on location the percentage of apartments available in CBD area is 13.4 percent, while in primary recidential such  as Kebayoran Baru, Senayan, Menteng, Pondok Indah, Permata Hijau and Kemang the percentage of apartements available is 10.9 percent. The remaining 75.7 percent are spread out in secondary recidentila areas in the city.
For the past decade there has been a significant growth in the middle class, consistent with the improved economy. This has created an increased demand for new residences, especially apartments.
According to economist Faisal Basri, the lower middle segment has increased from 37 million to 69 million. The middle segment has exeprienced an almost three-fold incease from 7.5 million to 22 million. The upper middle segment has experienced a five-fold increase from 0.4 million to  2.23 million, while the higher income segment has risen by 0.1 million to become 0.37 million. 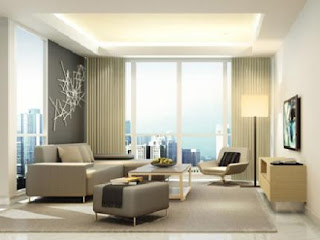 The significant growth in Indonesia’s upper middle the attention of Frasers Hospitality from Singapura. This company which owns and managers a number of five-star hotels and residences has four brands: Fraser Suites, Fraser Place, Fraser Residence, dan Modena – a Boutique Hotel Residence by Fraser
Fraser’s properties are located in many of the world’s major cities and the group now manages serviced apartments in Indonesia called Fraser Residences Sudirman Jakarta, the soft opening of which took place in Februari 2011.
“Here you'll find every comfort and convenience to make your stay in Jakarta better than you ever dared imagine,” ujar Christopher Bong, General Manager Fraser Residence Jakarta Sudirman.
Located in the prime vicinity of the capital city of Indonesia, this is part of a mega project undertaken by PT Ciputra Adigraha to transform the 1.6km street in the heart of Jakarta's golden triangle into a prime commercial and leisure centre. Here one can only find the most prestigious office buildings and key government offices (including the Presidential Palace) but also the shopping and entertainment opportunities that define city living at its best.
Fraser Suites Jakarta consists of 200 units of apartments and penthouse outfitted with i-house recreational, leisure and fitness facilities including a luxurious swimming pool, tennis courts as well as indoor and outdoor playgrounds.
Fraser Residence Sudirman Jakarta offers 108 Golden-Standard serviced apartments, including 1-bedroom, and 2-bedroom options. The contemporary, modernist ambience offers the ideal setting to unwind, catch up on a little work, or spend time with family and friends. Full length windows in the living room create a light, airy atmosphere, while the full-equipped open concept kitchen lends an open, spacious feel. While internet access is standard, residents have a choice of wireless or cabled access.
“Every Fraser Residence is a home-away-from, designed to complement the lifestyles of its guest with the highest levels of personalised, intuitive service from dedicates Fraser staff,” said Christopher Bong.
With such premium service Christopher Bong is optimistic that Fraser Residence will win the the hearts of astute potential customers here in Jakarta. Apart from Fraser Residence Sudirman the singapore company is already preparing two other serviced apartment in Menteng and Mega Kuningan, Jakarta, in collaboration with different developers to be launched in 2012 and 2013. “It is highly possible that we will also soon focus on Medan and Surabaya,” he said. (Burhan Abe)
The Jakarta Post, April 01, 2011
Posted by Burhan Abe di Friday, April 01, 2011

Email ThisBlogThis!Share to TwitterShare to FacebookShare to Pinterest
Label: Check In