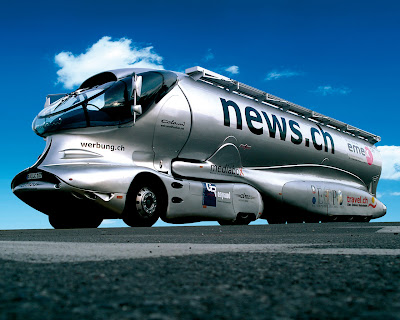 THESE transportation vehicles are indeed inseparable from our daily activities, with trucks being vital to the wheels of the economy.  The smaller types are pickups, while the larger ones with three axles (one in front and tandem at the back) are heavy-duty trucks and those carrying containers are trailers.

In line with Indonesia ‘s economic growth and business demand for trucks, demand for these commercial vehicles has never subsided. Association of Indonesian Automotive Manufacturers (Gaikindo) data indicates that in February 2011, a total of 1,025 units of trucks and buses were sold, which is 46 percent more than in the previous month when only 702 units were sold.

Trucks manufactured by various countries are sold in this country, including from Europe, Japan and China. After the entry of China’s Beiqi Foton Motor Co, Sinotruk Shandong Jixin Auto Sales Co is planning to enter the same segment. However, Hino is still the market leader in truck sales with its robust 60 percent share. PT Hino Motors Sales Indonesia, the authorized distributor in Indonesia, has targeted 23,400 truck sales by the end of this year.

During the Indonesia International Motor Show (IIMS) 2011, Hino exhibited a number of new variants, including its latest Hino 700 series. What is most interesting is the question often asked: What will future trucks look like? Some believe that in the future, long distance transportation vehicles will be trucks or buses moving in a convoy that will cruise at a constant speed and be controlled by autopilot. It will be almost non-stop auto driving while the front and rear parts will almost be attached to each other.

The fantastic thing is the convoy of trucks will be on a special lane called the green corridor, similar to Jakarta’s busway. The difference will be that that the convoy will have no driver and the green corridor will be able to flow and turn by itself. This concept of future trucks or long distance transportation is the brain child of Rikard Odel, design director of Volvo Truck Corporation, and is mentioned on the company’s website. 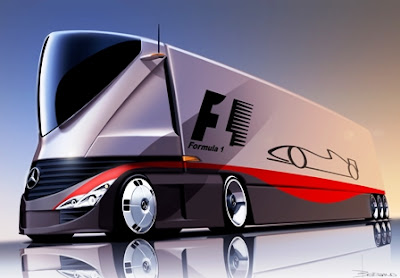 Apart from the transportation concept, Odel has also written about the form, design and technology of the truck, called the Volvo Truck Concept 2020. He elaborates that the realization of the autopilot truck is progressing much faster than his initial calculation, and he claims it will be applicable within the next 10 years. He also says that trucks will look very different from what we are familiar with today.

This concept will supposedly render commercial transportation, both long distance trucks or buses, much safer and more efficient. The plus point is the convoy cruising like a train at an average speed of 90 kilometers per hour will not need a track or a special joint to attach the trucks as a wireless system will be used.

For us in Indonesia, when the trans-Java toll road is completed, this concept can be considered for future transportation. Furthermore, it would be more efficient when the Sunda Strait Bridge project becomes a reality. All this will reduce traffic congestion due to trucks that move slowly! (Burhanuddin Abe)