Groupon Is Teaching Us That More Is Less 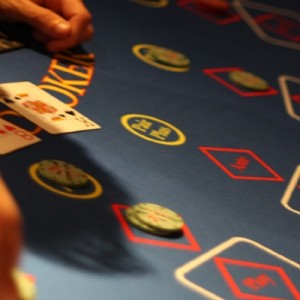 IT is fascinating that in these turbulent times, there is a perceived value to a business that is burning cash hand over fist. In the first quarter of 2011, Groupon posted a loss of just short of $114 million. There have been a series of cash injections into the business since its start in 2008, including a recent one of $1 billion. How is it that it makes sense to someone who is not an investor in this ailing business to want to partake in being a shareholder of the business as it looks to raise another $750 million in order to keep the business growing? Growth is being achieved but the ability to make a profit is clearly not there!
It is natural for people to chase growth, and that is why sometimes I think growth is overrated. When you start your business though, you should first chase to be profitable and then growth can come into the equation. My partner and I, prior to our current business, started a business where we chased growth first. We sold it and while the business continues today, from a personal perspective I learnt a lot in terms of what it cost to chase the growth assuming the profit will come with the growth. A young business’ success and sustainability is dependent on chasing profitability first and foremost. Growth is something you chase once your business model works and proves to be profitable.
Groupon’s growth stats are huge: 1)  Revenue in 2009 was $30 million and in 2010 this number grew to $713 million. For the first quarter of 2011 they had already achieved revenue of $645 million. 2)  They had ±37 people employed two years ago and now are at around ±8,000 people. 3)  They have 83.1 million subscribers, of which 15.8 million have purchased a deal. This has happened in three years.
This is what has people excited, but with all the above, in the first quarter of 2011 they still posted a loss of $113.9 million. This is after a loss of $413 million in 2010. The phenomenal growth in revenue is not plugging the hole of the losses generated by the business. “Revenue is vanity, profit is sanity, cash flow is reality!” is a quote I heard that resonate with me. A much smaller Groupon in 2009 posted a loss of $6.9 million. Why did they not chase profits first to get to some form of sanity on their business model? That would have created a different reality in that they would know whether the model works or not. Reality now is that with their current size and scale, they are burning cash, and are appealing to the market to give them more money to burn!
Having learnt from our last experience, in our existing business we chased profits first when we started it. Growth will come later. This business (F I T) is a smaller one than the one we sold in many aspects. The business we sold (N C S) in its first year generated 2.7 times more revenue than our current business in the first year.   N C S revenue in year two was triple that in the first year (that was the forecast when we sold it in quarter three of the year). Growing by a factor of three times was huge for us given the scale of the business. F I T is forecast to double in revenue in the second year. Yet with the lower revenue, and the slower growth, over the same period of life-cycle of the businesses, we have recouped significantly more as shareholders in F I T as compared to N C S. That is our reality!
Our experience certainly taught us that less is more when starting a business. The true test of the business model is that it is profitable and thereafter you test how much it is scalable. Growth without profits is not sustainable. Prove that you have a good product and people will pay fair value for it resulting in your business being profitable. Thereafter you can invest your profits into the growth of your business. So if you are starting up a business, focus less on growth and more on profit!