The race of luxury city cars 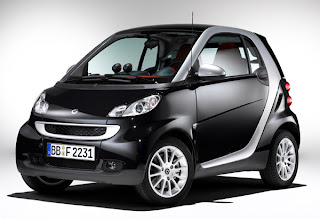 A city car is, generally speaking, a simple car that is suitable for driving in major cities with heavy traffic congestion. But simple does not mean modest as we can see from the appearance of Smart Fortwo, a cute looking car produced by Daimler AG.

PT Mercedes Benz Indonesia launched the smart car last year, the latest model or facelift of the second generation smart. “The launching of Smart in Indonesia is the start of a long term investment by Daimler AG in Indonesia and fulfills the requirements of modern mobility as well as high efficiency and safety. And it is fun to drive,” explained President Director and CEO of PT. Mercedes-Benz Indonesia, Rudi Borgenheimer.

City cars clearly give great benefits for driving mobility in Indonesia’s major cities which are now congested with traffic while Smart itself before being introduced to Indonesia has enjoyed marketing success for the past 10 years in a number of important markets in the world, including Europe and the United States.

Smart fortwo is only 2,695 mm long, 1,559 mm wide and has a height of 1,542 mm and has space for two adults plus space for baggage at the back. Its simple yet modern design allows for better maneuvering and saves parking space in today’s limited space in the cities. The specifications of Smart available in Indonesia match consumer requirements so that the city car can withstand all types of weather here amid the extremely congested traffic of Jakarta.

Mercedes Benz, the car manufacturer that used to concentrate only on cars with a large machine capacity, is not the only manufacturer focusing on the cute looking smart city cars. General Motors (GM) from the United States is also seriously developing a number of city cars.

Its premium dry car concept has a modern, dynamic and lively design. At present GM is in the midst of production procession of two designs and to lower its production cost GM has opted to manufacture them at GM DAT (GM Daewoo Auto and Technology Company) in South Korea.

There are two designs being developed at GM DAT, namely the premium model and the low cost one; both still in the initial stage. The premium city car is targeted for sales in the European market while the low cost variant for a more global market, including Southeast Asia.

Not intending to lose out to GM, another major car manufacturer, Volkswagen, is poised to enter the city car market this year. VW is going to release a variant of Up which is positioned as the reincarnation of Beetle, a low cost VW for the 21st century. This four passenger car will have a three cylinder engine. 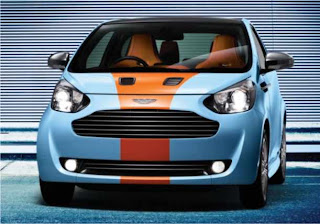 Another car maker that is serious about the city car segment is Aston Martin. In November last year Aston Martin exhibited its luxury city car, Cygnet, at the elitist mall Harrods in Knightsbridge, London.

This is the first debut of Cygnet in the world and it will be manufactured by Aston Martin at its factory in Gay-don, England. Albeit a city car Aston Martin promises that Cygnet will have the same luxurious features as other Aston Martin models. That is why Aston Martin positions Cygnet as the solution for rich people who need a city car.

Then what about Cadillac? This producer of luxury cars has introduced its Urban Luxury Concept, which was on exhibition during the recent L.A. Auto Show. Of course to match conditions in today’s cities the car has to be made smaller. However General Motors claims that four adult passengers can sit comfortably in the car. Its wheelbase is only 2.46 m and it has a length of 3.83 m and a width of 1.72 m and a height of just 1.44 m.

This city car has a three cylinder one liter turbocharger engine which was originally planned for Volt, meaning it is a hybrid car. GM claims the car consumes 4.2 liters of fuel for 100 km for city driving while it consumes only 3.62 liters for highway driving. 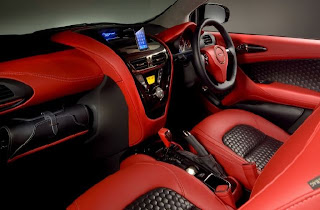 City cars are becoming more popular and are in great demand as traffic in major cities becomes more congested. They are perfectly suited for city life. Apart from its deft movements a city car is an energy saver as it consumes less fuel. In Indonesia the demand for city cars is naturally growing now, alongside MPVs (multi purpose vehicles).

City cars are meant for those who need a smaller car than a sedan and require less baggage space while at the same time a city car has a shorter wheelbase giving it agility in negotiating traffic jams. At every automotive exhibition, including Jakarta Fair held at JIExpo Kemayoran this year, various city cars were on show beating other types of cars. Authorized agents and dealers always include city cars due to their rising sales every year. Besides its attractive design it is also popular due to its low fuel consumption.

Manufacturers like Honda, Hyundai, Toyota, Suzuki, Kia, Nissan, Ford and Geely are not the only companies racing to produce city cars. Luxury car makers, as mentioned earlier, are also launching their own city cars to meet the market demand. (Burhanuddin Abe)