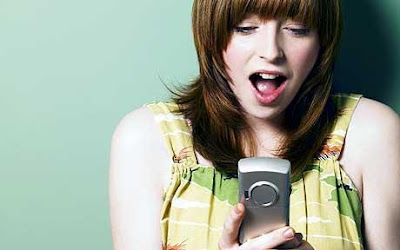 The simplest form of VoIP is two computers connected via the Internet with voice cards that are connected to microphones and speakers. Using a special software the two computer users can be connected using VoIP. The communication can be an exchange of files, voice and pictures or images while the emphasis is of course on voice exchange. If the two locations are far apart then the advantage lies in the low cost, because both parties only have to pay the Internet charges, which are far lower than long distance or international rates.

In recent times the VoIP connection system has evolved as not only computers are used but also conventional telephones. Digital data network for VoIP makes it possible to connect using PABX or the conventional network of analog telephones. It is also possible to have a communication exchange between computers and telephones (extensions) in the office. In addition to voice and chatting, if the network is sufficient then Video Conference is also possible.

All these highly developed exchanges are called IP Telephony, which are multimedia communications in short. VoIP is highly flexible and convenient in its network, equipment and media communication so that it has rapidly gained popularity. As mentioned earlier the advantage of VoIP is its low cost for long distance communication and the convenient use of various equipment from the simple PC to conventional telephones and phone handsets. Telecommunication operators are currently making good use of VoIP connection.

Indosat, for example, using VOIP technology, through its FlatCall 01016 service provides good voice quality and low rates without prior registration. Indosat’s international calls using this facility are becoming cheaper with Indosat boldly offering discounts of up to 85 percent for calls to 21 countries.

Meanwhile XL during the Haj pilgrimage season this year launched an international roaming tariff for Saudi Arabia for telephones, VoIP as well as BlackBerry. “This program runs from Oct. 1 until Dec. 31, 2011 for all XL users, both prepaid and post paid ones,” said Marketing Director of XL, Joy Wahjudi, in a press release.

XL’s international roaming tariff for Saudi Arabia is quite low and for its VoIP 01000 service an XL user from Indonesia can communicate with a local number in Saudi Arab at Rp 1,800/per minute, plus a free 1.5 minutes after a three minute call (valid for each call).

In the meantime AXIS offers the best international telephone and SMS service in Saudi Arabia for Indonesian pilgrims to communicate with their Indonesian families or relatives and friends here. AXIS users can receive telephone calls and text messages from any operator in Indonesia free of all roaming charges while they are in Saudi Arabia.

Syakieb Ahmad Sungkar, Vice President of Sales and Distributions said, ”Once again AXIS proves its commitment by providing better services for its customers through its unique and unchallenged promotional program during the Haj season. As part of Saudi Telecom Company (STC), the leading telecommunication company in Saudi Arab, AXIS will ensure the best, most stable and reachable connection during the Haj season.”

While AXIS customers in Indonesia enjoyed its superior affordable service they will be even happier with the new offer in Saudi Arab. They can simply call 1500 from an AXIS card to get a connection with Al Jawal/STC and activate a local roaming number when they arrive in Saudi Arabia. The local calls cost only Rp 1,500/minute and only Rp 6,000/minute to all operators in Indonesia.

In addition, AXIS also offers a competitive international SMS rate to any number in the world, Rp 1, 500 per SMS, and Rp 50,000/day for data roaming package for BlackBerry. In addition AXIS customers here in Indonesia can communicate with their relatives and friends during the Haj pilgrimage using AXIS VoIP at a rate of only Rp 1,388/minute. (Burhanuddin Abe)