Adventure and fun in the Lion State 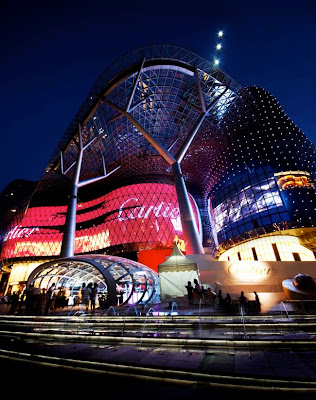 SINGAPORE is only a stone’s throw away from Indonesia, being a mere two hours from Jakarta. This explains why many Indonesians visit the city-state which has an area of only 710.3 square kilometers.

Singapore is a lively cosmopolitan city full of skyscrapers and large parks, where the quality of life rivals any other city in the developed world. Known as “the little red dot” its presence now looms much larger than its name. One interesting aspect about Singapore is its diverse culture, various ethnicities and religions that coexist in peaceful harmony.

Many people are amazed with Singapore’s beauty and dynamic progress. Not too long ago it was just a simple fishermen’s kampong, while today Singapore has transformed into a modern cosmopolitan city. Currently Singapore has a population of about five million with English as the main language while the other three languages are the mother tongue of the three major ethnicities. Singapore takes pride in its ethnic harmony between the Chinese, who are the majority, the Malay and Indian communities. 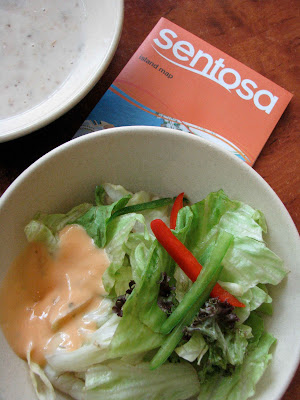 As a multiracial nation Singapore is a reflection of diversity and unity. There are so many things to see and to do here, so it is better if you get to know the local people. You can also explore its historical places or take historical tour. Explore the ethnic enclaves like Chinatown, Little India and Kampong Glam.

If you prefer the bright lights and the city crowds there are so many malls, museums, restaurants and entertainment centers. Just visit Orchard Road which is famous for its malls or party all night long at Clarke Quay or Boat Quay.

Yes, when the sun sets Singapore takes on a different face with its dynamic nightlife and entertainment. Indeed Orchard Road and Clarke Quay draw the largest number of visitors, while Orchard Road is one of the world’s most popular shopping destinations. However, Marina Bay Sands (MBS) has also become one of the hottest destinations here. MBS is one of the two integrated resorts officially opened at the end of April 2010. MBS is in Marina Bay, close to other famous Singapore icons like the Merlion statue, Esplanade and Singapore Flyer.

MBS is truly an integrated resort with a mall, hotel, a grand convention and exhibition hall, art and science museum as well as a theater. club, and restaurants plus a casino that draws many local and international visitors. This casino complements the existing one on Sentosa Island. The MBS casino is owned and managed by Las Vegas Sands Corp, a company specializing in casino business and also the owner of Sands Macau Casino in Macau, China. MBS also has shopping centers or malls, so you can shop till you drop and enjoy yourself by sampling delicious fare at its many restaurants. Or treat yourself to a relaxing spa here. 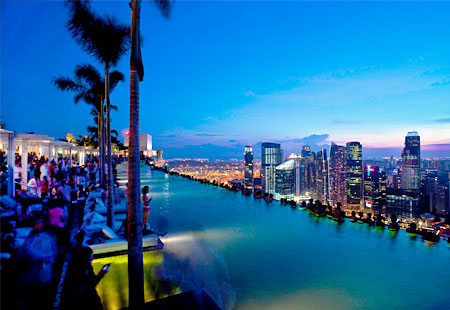 Singapore also has many attractions for families, the newest being Universal Studios Singapore. The Resort World Sentosa is another Integrated Resort officially opened in April 2010. Universal Studios Singapore is divided into seven zones, each with a different theme: Madagascar, Far Far Away, from the world of Shrek is the first of its kind in the world, The Lost World where you can find Dinosaurs and Waterworld, Ancient Egypt that is full of mummies, Sci-Fi which is a futuristic city. The other two zones depict Hollywood and New York.

Meanwhile if you are business tourist Singapore can offer you and your partners’ world class facilities, such as an exclusive golf course, first class restaurants, latest malls and lively night entertainment. Singapore is indeed the center of various attractions to entertain your business partner. (Burhanuddin Abe)