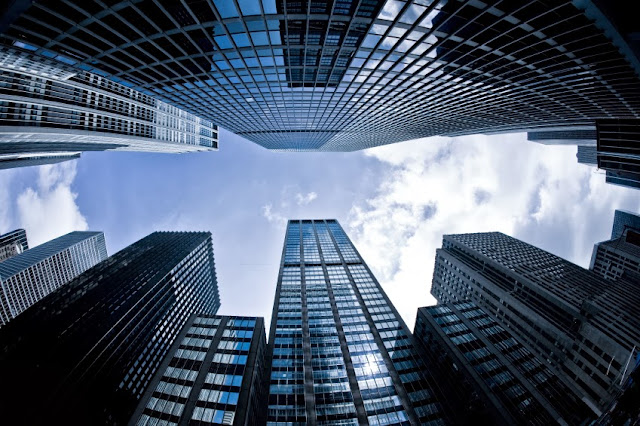 New York attracted the most commercial property investment during the last year, as the global real estate investment market saw volumes increase by 16.7% to US$649 billion, according to Cushman & Wakefield’s annual Winning in Growth Cities report launched today at the EXPO REAL trade fair in Munich, Germany.

The top 25 global cities saw their market share rise from 53% to 55% over the year to June, with volumes ahead by 20.7% compared to a 12.1% rise in the rest of the market.  However, while this group of cities continues to be favoured by investors for their low-risk qualities, there may be signs this heavy focus on core global cities is starting to waiver as investors seek new opportunities – market share of the largest 25 cities is down from 58% in Q1 2013 to 50% in Q2 2013, according to the report.

Carlo Barel di Sant’Albano, Cushman & Wakefield’s Executive Chairman, commented: “Most indicators suggest property demand will both increase and broaden to embrace new markets and a higher share of investment will be cross-border as investors increase their risk tolerance.  Assuming the US recovery continues to gain traction helping confidence and growth across all economies, we anticipate that next year will be favourable for much of the market as stimulus measures and recovery spark an appreciation in capital values for good quality space with strong occupier demand.”

The make-up of the top 25 cities has changed little from last year, with Beijing and Stockholm dropping down the list and Denver and Frankfurt moving up as US and German cities outperformed.

The biggest gainers were Austin, Milan, Las Vegas, Montreal and Tampa.  North America in fact had 15 of the top 25 fastest-growing markets, with 14 in the US plus Montreal – this is predominantly due to earlier signs of economic recovery and the weight of domestic capital in the North American market.  Four cities from Europe made the top 25 (Milan, Frankfurt, Berlin and Hamburg) while Asia took six spots: Seoul, Perth, Brisbane, Sydney, Nagoya and Osaka.

Paris was the main faller in the top 10 – from fourth last year to eighth position this year – due to a drop in larger deals.  Other major cities to slip down the rankings include Toronto and Chicago but some of the more notable were in China – Shanghai, Beijing, Guangzhou, Chengdu and Tianjin were all down by 40% or more excluding development land sales; this is largely driven by a reduction in domestic, rather than cross-border, spending.  A number of European cities also fell – led by St Petersburg, Istanbul and Budapest.

Offices are the most in-demand sector in the top 25 cities for investor capital but they did lose market share during the last year from 48% to 45%.  Residential was also a big winner, moving up to 26% market share from 18.1%.  Although to date many of the largest global players have focused on offices, they are now broadening their interest to other sectors and in particular looking at large mixed commercial and residential developments.

Global flows of cross-border capital reached US$170.7 billion in the 12 months to Q2 2013, a rise of 11.8% when compared to the same period in 2012.  London remains by far the most favoured market for international investors with a 13% market share (US$22.4 billion) against 4% for Paris and 3.6% for New York.  Shanghai and Sydney are the top two Asia Pacific cities for overseas investment, placing fourth and fifth respectively.

The biggest source of this cross-border capital was Asia meanwhile with US$55.4 billion invested non-domestically, 32% of the total.  A significant share of this was targeted within the Asian region however and in relative and absolute terms, American investors have been the strongest players outside their own region in the last year, with US$40.8 billion invested.

Drivers of success
As well as identifying today’s winning cities in terms of commercial real estate investment and the differences in pricing and demand, the Winning in Growth Cities report also looks at the key drivers of city performance including skills base, innovation and quality of life.

Near the top of the list in all areas in fact, New York and London clearly back up their winning positions in the property investment rankings.  Paris, Tokyo, Hong Kong, Singapore and San Francisco also demonstrate strength across the board in all sectors, closely followed by Shanghai, Beijing, Seoul and Los Angeles.

According to David Hutchings, Cushman & Wakefield’s head of European Research: “The concentration of activity we see in a handful of cities is difficult to break down into other cities but when combined with the fact that the real estate investment market should be growing and the range of participants broadening, then it is only to be expected that competition between cities will increase.  At the very least we will in the future have a broader range of large dominant cities, if not some existing ‘alpha cities’ dropping down the hierarchy.”

Activity in the Americas
A recovering housing market has certainly stoked US buyer interest but demand has in fact been very strong on the debt and equity side across all US sectors.  With risk tolerances improving, interest has spread away from core cities to embrace secondary cities as well as overseas markets.

Greg Vorwaller, global head of capital markets at Cushman & Wakefield, said: “With economic growth steadily coming through and a tapering of quantitative easing drawing closer, a rise in interest rates has been shaping market expectations but with demand for space rising and construction still subdued, the strong flow of capital into real estate is likely to remain.  As a result rising interest rates will have only a limited impact on core markets but a slower CMBS market will mean secondary markets are more vulnerable.

“Economic sentiment is cooler towards Latin America with commodity prices down and areas of social unrest but trends in the region have in reality become more diverse and we expect some real areas of demand growth in 2014.”

Investors in EMEA broaden horizon
In EMEA, investment activity has started to respond to an easing in fears over the euro zone as well as a somewhat better supply of finance and investment opportunities.  At the same time, buyers are changing their risk tolerances due to greater certainty but also a lack of well-priced opportunities in preferred markets and a search for yield.

Head of EMEA capital markets at Cushman & Wakefield, Jan Willem Bastijn, said: “Larger lot sizes are most in demand among the global pension, insurance and sovereign wealth funds who are driving the market and London. Paris and key German cities also continue to dominate in EMEA.  However a wide range of other locations are coming to the fore as investors start to look further afield, with some seeking out second tier assets in core locations.  A growing number of investors are ready to accept more macro risk in other countries, but they are choosing to focus on the top cities in each.”

Asian investment volumes remain stable
In Asia, investment volumes overall have been stable while leading cities have picked up market share as investors have grown somewhat more risk averse in the face of renewed economic tensions.

“In the year ahead we anticipate continuing positive sentiment towards Japan in all sectors as economic policy continues to favour real estate fundamentals.  The China markets of Shanghai and Beijing will continue to be popular and offerings in the core markets of Seoul, Singapore and Sydney will continue to draw strong interest in retail and office sectors.”
Posted by Burhan Abe di Thursday, October 10, 2013