Media companies took a battering from the internet. Cash from digital sources is at last repairing some of the damage. 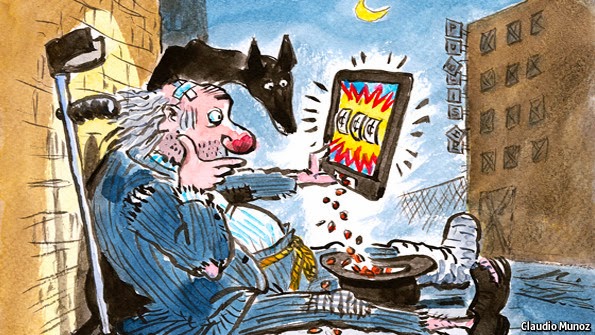 THIS summer a made-for-TV movie about a tornado carrying man-eating sharks was a surprise hit in America. The preposterous plot of “Sharknado” may strike a chord with media bosses who have watched the internet ravage their business over the past decade. Newspapers have lost readers and advertising to the internet. Book and music shops have closed for good. Sales of DVDs and CDs have plummeted. The television industry has so far resisted big disruption but that has not stopped doomsayers predicting a flight of advertising and viewers.

In 2008 Jeff Zucker, then the president of NBCUniversal, a big entertainment group, lamented the trend of “trading analogue dollars for digital pennies”. But those pennies are starting to add up. And even Mr Zucker, now boss of CNN Worldwide, a TV news channel, has changed his tune. Old media is “well, well beyond digital pennies,” he says.

What has changed his mind? The surge in smartphones, tablet computers and broadband speeds has encouraged more people to pay for content they can carry around with them. According to eMarketer, a research firm, this year Americans will spend more time online or using computerised media than watching television. “All-access” services, such as Netflix (for film and TV) or Spotify (for music), which give unlimited content on mobile devices for a monthly fee, are prompting people to spend more on digital products.

After years of wreaking havoc, the internet is helping media companies to grow. PricewaterhouseCoopers (PWC), a professional-services firm, reckons that revenues for online media and entertainment will increase by around 13% a year for the next five years. Even in music, which took the biggest hit from the internet, downloads are something to sing about. For the first time in over a decade global music-industry revenues grew last year, by about 0.2%, according to the IFPI, a trade group. Online sales just about made up for the drop in physical ones for the first time. Subscription services, such as Spotify and Deezer, let people stream songs over the internet either for a subscription or free with adverts. Online radio is also growing. On-demand and radio streaming services raked in about $1 billion, 15% of the industry’s revenues in America in 2012.

The fear that streaming would cannibalise downloads is seemingly misplaced. Tiny sums—ten plays bring in around four cents for on-demand streaming and much less for radio—are adding up as more people try out the services, and listen to their favourite songs repeatedly. Mobile-phone companies offering subscriptions with bundled music services, like Vodafone in Britain with Spotify, will help to boost payouts. “Streaming is a good business that will eventually become a really big business,” says Troy Carter, Lady Gaga’s manager. There is also evidence that streaming could reduce piracy, by offering a cheap, legal and convenient way to listen to music.

Other distribution services have transformed from foe to financier. YouTube, a video site, was once the bane of media firms for hosting copyrighted content that viewers could watch free. Recently it has tried to become an ally to old media. YouTube and Vevo, another popular site, now pay labels a small royalty when punters watch a music video.

Revenues from couch potatoes are also stabilising thanks to downloads, rentals and streaming services—to the relief of Hollywood studios. Netflix and Redbox (which runs kiosks that dispense rentable films), were once scorned for undermining DVD sales. Now those sites—and others, including Hulu and Amazon—are boosting profits at media firms by buying the rights to stream content online.

Netflix, Hulu and Amazon are paying around $3 billion to license content, a figure that is sure to rise. Television and film companies are selling rights to broadcast content after it debuts but before it is repeated on TV. It’s working. Sanford C. Bernstein, a research firm, reckons online licensing was responsible for about a third of the growth in revenues at CBS, an American media firm, in 2012. 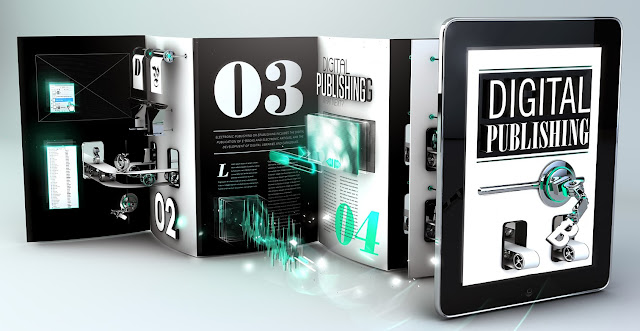 The digital divide
The most obvious change in the past few years is the decline of “physical” products, such as CDs, DVDs and print newspapers. In 2008 nearly nine-tenths of consumer cash went on them; by 2017 it will be a little over half, with digital grabbing the rest. Electronic content has some advantages, in particular lower distribution costs. Business-to-business media companies such as Reed Elsevier, which owns information services like LexisNexis, have done reasonably. Firms still want legal information and scientific journals so their prices have stayed high even as delivery has become cheaper. But other media companies have struggled. Consumers expect to pay less for electronic products and are renting instead of buying.

Media firms used to make a fortune selling “bundles”. Songs are grouped into albums; newspapers are packages of articles and advertising. The internet lets people pick what they want. Firms that can keep on bundling have done better. Pay-TV has preserved bundling by not putting current programmes online while they air on screen.

Book publishers are also adapting. Thanks to the rise of tablets, e-book sales have climbed. Total spending on books is not likely to rise. But the growing share of e-books—around 14% globally this year, and 30% in America, according to PWC—means fatter profits for publishers as printing, distribution and storage costs fall. Around 40% of sales will be e-books in three years, predicts Brian Murray, the boss of HarperCollins, a big publisher.

Firms that depended on print advertising are among the worst hit: prices for digital display ads pale in comparison with glossy double-page spreads. Classified advertising has migrated permanently to the web. Online video adverts fetch higher prices than static ones, so newspapers are producing videos to accommodate them.

Newspapers are also trying to peddle digital subscriptions; the New York Times has nearly 700,000 online subscribers, but few others have done so well. Media businesses do best when they have at least two profitable revenue streams, says Christopher Vollmer of Booz & Co, a consultancy. As a result newspapers are pushing into new businesses such as marketing and conferences. American papers last year made around $3 billion, or 10% of their total revenues, from these new activities. 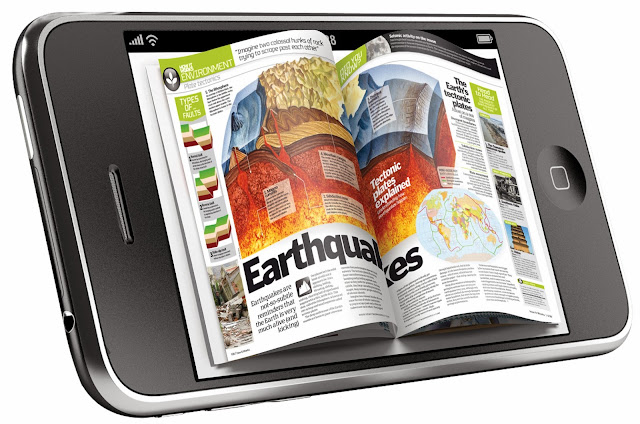 Dancing for pennies
The internet is at last contributing to media-industry bottom lines. But it will not restore the newspaper or music businesses to their previous size. The economics have changed for good. And there is still a big question. Claudio Aspesi of Bernstein wonders whether the prices that can be charged for computerised products “can support the underlying industries if they are not also physical businesses”.

Some media firms need to get bigger and trim costs. Penguin and Random House, two publishers, merged earlier this year in order to compete with Amazon, which now publishes books as well as selling them. Universal Music bought EMI, another label, last year. The rounds of sackings at media businesses are as long-running as popular cable-TV dramas.

What will happen as the internet’s influence increases? Journalists write more articles for smaller salaries in shrinking newsrooms. Musicians complain that streaming pays too little. But authors do better. Royalties from e-books are about 25% of net receipts, compared with an average of around 16% in print. Careers can take off faster. E.L. James’s bondage-buster, “Fifty Shades of Grey”, turned up online before being published on paper. Many musicians get more exposure online than they would have had in a record shop, where space was tight, says Martin Mills of Beggars Group, a British music company.

New technology can also provide opportunities for media firms. The value of archives is growing in the internet age: owners can profit from older programmes that are rarely broadcast. Netflix and other online-video firms are snapping up old films and drama series. When a musician releases a new album or goes on tour, old songs are streamed more too, says Daniel Glass, who runs a music label.

The internet can also help firms become cleverer. Concerts have become the lifeblood of the music industry and make up more than half of revenues. Acts used to go on tour to sell albums. Now they put out albums so they can make their living on the road. Bands will probably get cleverer at using streaming data to decide where to perform. Publishers are releasing books electronically to test sales before putting them in print, and to adjust prices to drive demand. Experiments that were once impossibly expensive now cost peanuts. The trade of dollars for digital pennies doesn’t always hurt. (The Economist)