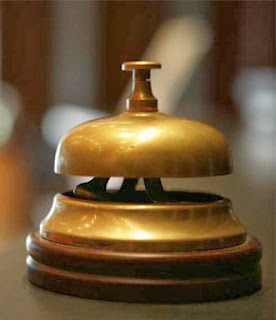 “Sheraton has enjoyed phenomenal success in Asia Pacific where it has helped meet the tremendous demand for high-caliber lodging generated by the rising middle class,” said Hoyt Harper, Global Brand Leader, Sheraton Hotels & Resorts. “Sheraton Hotels in China will account for nearly one third of the new hotels opening this year in Asia Pacific, but we are also picking up momentum in many other countries across the region such as India, Thailand and South Korea. The Sheraton brand’s success in these fast-growing economies has helped lengthen Starwood’s lead as the largest operator of high-end hotels in Asia Pacific.”

Sheraton boasts more than 100 hotels in operation and over 50 in the development pipeline in Asia Pacific, which is both its second-largest and fastest growing market.  The Sheraton brand’s propulsive growth across Asia Pacific is moving the brand closer to its target of opening its 500th hotel worldwide in 2016.

“We are thrilled to celebrate the 100th Sheraton hotel milestone in Asia Pacific, where demand for the world-renowned brand is surging, driven by the region’s robust economic growth and rapid infrastructure development,” said Stephen Ho, President, Asia Pacific, Starwood Hotels & Resorts Worldwide, Inc. “This milestone provides a platform for Sheraton to underscore its success in connecting with guests in the region, while reinforcing the brand’s positioning as ‘the world’s gathering place.’”

Sheraton is currently the largest global hotel brand in China, which accounts for more than half of the Sheraton hotels currently in operation in Asia Pacific. Sheraton Shantou Hotel marks the 60th Sheraton hotel in China, where the brand has 40 hotels in the pipeline. Boasting more than 170 cities with populations of over one million, China continues to represent immense potential for the further development of the Sheraton brand.

“Starwood was the first global hotel operator to enter China in 1985 with Sheraton Great Wall, and we continue to build on this legacy in what is, by far, our fastest growing and most dynamic travel market within Asia Pacific,” said Qian Jin, President, Greater China, Starwood Hotels & Resorts Worldwide, Inc. “By leveraging our first-mover advantage, Sheraton has paved an early foothold for expansion in China, and we are confident that we can carry the brand to a whole new level.”

Already established in China’s major cities, Sheraton is focused on extending its footprint in second and third-tiered cities. The opening of Sheraton Shantou Hotel exemplifies such growth. Located on the eastern coast of Guangdong province, Shantou is a prefecture-level city with a population of over five million. It is also a strategic seaport and one of China’s Five Special Economic Zones.

On Chanping Road, Sheraton Shantou Hotel is in the heart of Shantou’s Central Business District, walking distance to government offices and the Convention and Exhibition Center. Railway and bus terminals are conveniently situated within five kilometers from the hotel. About 40 kilometers away, Jieyang Chaoshan International Airport offers flights to major cities in China, as well as to the regional aviation hubs of Singapore and Bangkok.

“Shantou is the birthplace of Logan Group. Today we are proud to have partnered with Starwood Hotels & Resorts on this outstanding property, the Sheraton Shantou Hotel, as we pay tribute to our hometown. We hope that with this dynamic partnership, we will be able to contribute to the economic and urban development of Shantou,” said Mr. Ji Hai Peng, President of Logan Group.

Sheraton Shantou Hotel offers a special opening package starting from RMB598 net for a one-night’s stay in a Superior Room, including a buffet breakfast and free high-speed internet access, valid until January 30, 2014. SPG members will receive double Starpoints® as part of the package. SPG members will also enjoy a 15% discount at Feast and the Lobby Lounge until December 31, 2013. They will earn triple Starpoints® for hosting events in the hotel from now until March 31, 2014.
Posted by Burhan Abe di Tuesday, November 05, 2013