Tablet publishing – 5 reasons no brand can ignore it in 2013 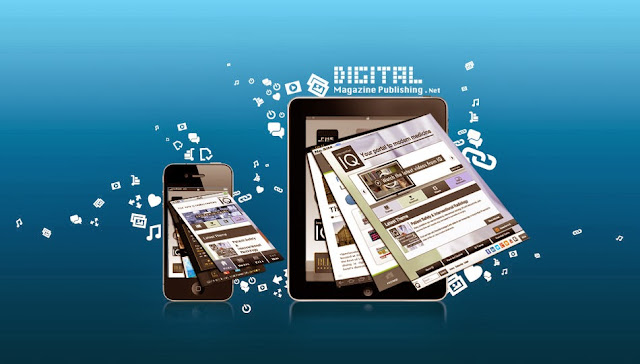 For the past two years, there has been much progress in the tablet publishing space. The magazine and newspaper reading process has become much more than simply flipping through pages. Now we can experience moving graphics, scrolling text, detailed photo galleries and seamless videos. Physically diving deeper into content is the new norm for touchscreen reading.

And it’s not just the creatives that are having all the fun. Tablet publishing business success stories like Popular Science (97,000 paying digital annual subscriptions), British Journal of Photography (200,000+ tablet app downloads) and Game Informer (more than a million digital users) are happening more often.  However, too many brands are still sitting on the sidelines, wondering if they need a digital solution. In 2013, for nearly all brands, this is no longer a question—the stats are simply there. Here are five compelling reasons why your brand needs a digital solution. 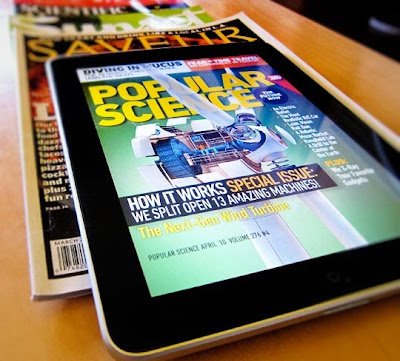 1. The tablet and mobile audience continue to grow
Apple recently reported that in January 2013, the cumulative number of apps downloaded from the Apple App store from June 2008 to January 2013 is 40 billion. The chart below shows the steady growth of app downloads since 2008.

The Pew Research Center reported in October 2012, that 25% of American adults own tablet devices. This is up from 4% of Americans that owned tablets in 2010. Demand for tablet devices continues to grow aggressively. There are a massive amount of tablets and app buyers out there, and that is an audience that brands do not want to ignore.

2. The tablet audience is engaged
The growing tablet audience gives advertisers a huge opportunity. Because tablet users want to experience their content on a deeper level, the creative possibilities for tablet ads are endless. Users can interact with advertisements in new and exciting ways. Check out the interactive Avis ad in PopSci+ below. The ad instructs user to ‘shake their tablet’ in order to create a space – implying that Avis can be whatever space the driver needs it to be.

Tablet ad campaigns are proving to be more engaging and effective than mobile and PC campaigns.  According to a study by Marin Software, users conducting a search on a tablet are 42% more likely to click on ads than those searching on a traditional computer. Data from research firm InsightExpress (a firm that measures the impact of mobile marketing campaigns) shows that tablet display ads deliver better results on almost every brand metric compared to the mobile norm, including metrics like; online ad awareness, purchase intent, and brand favorability. This is based on a comparison of multiple campaigns that ran in 2012.

3. There is money to be made – revenue opportunities in tablet publishing
Tablet apps are presenting a number of monetization models from e-commerce to ad sales to paid subscriptions.  Successful selling within and around editorial brands requires special design sense and a different relationship among editorial, sales and audiences. Several brands have already found success in building commerce and monetization models into their tablet editions. PopSci+ for example, has made $1.5 million net from iTunes in the past two years. Strategy Analytics predicts that global app revenue will be over $35 billion dollars in the year 2017 (see chart below). While mobile phone apps account for a decent amount of this revenue, you can see that tablet app revenue will quickly match that of the mobile phone.

4. Mobile ad spending is on the rise
Many research companies make predictions for the amount of money that will be spent on mobile ads.  The specific forecasted numbers vary, but the majority of predations show an upward slope.  As technology is ever changing and users embrace new technology trends, advertisers search for new ways to get in front of their audience, and as we have learned, their audience is consuming content on mobile devices. In December 2012, eMarketer reported that $8.4 billion mobile ad dollars were spent globally in 2012, and they predict that worldwide mobile ad spending will reach $36.8 billion dollars by 2016. The chart below breaks down mobile ad spending by region.

5. Low barriers to entry
Today it is easier than ever to enter the tablet and mobile space. Turning your print magazine into a digital publication, or creating a brand new digital only app does not need to break the bank. There are several ways to get started. Mag+ for example allows you to download our tools for free.  If you know how to use InDesign, the transition will be seamless. Publish your app to the iPad, iPhone, Kindle Fire, and Android devices – no coding required.

Brands can no longer afford to push off their digital strategy. The audience is there, the advertising is coming and the longer you sit out, the farther behind your brand will be. With tools like Mag+, the barriers to entry are low, so dive in and begin learning how your brand can be a raging digital success in 2013.