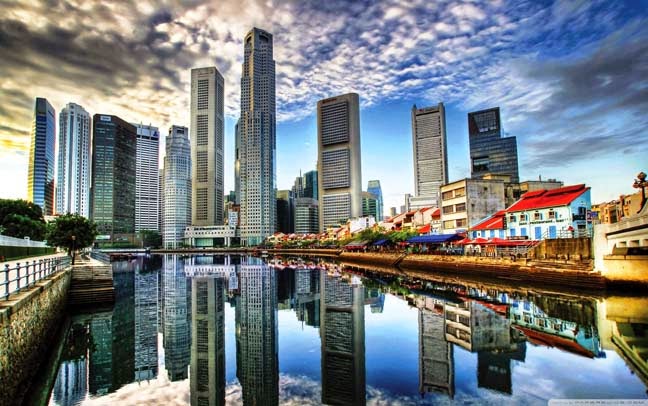 According to Cushman & Wakefield’s latest International Investment Atlas, published today, the global property investment market delivered US$1.18 trillion (€859 billion) of transactions in 2013 – a 22.6% increase on 2012 and the highest total since 2007.

Global real estate investment turned a corner in 2013 with market activity and values picking-up as recessions ended, business sentiment rallied and increased liquidity affected most global markets.  This strong annual performance has also helped to push prime yields back down to pre-crisis levels.

Looking forward to 2014, Cushman & Wakefield is forecasting a 13% increase in investment globally to US$1.33 trillion (€968 billion), with the US and Western Europe predicted to drive the uplift in activity. 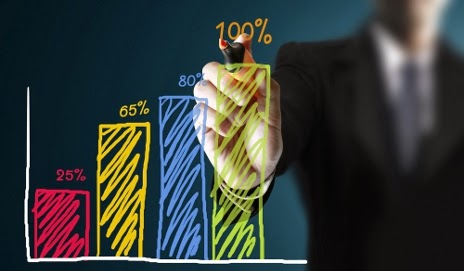 Regional trends
All regions saw a positive trend over 2013 but developments within each became more diverse.  Asia, for example, led the way for volumes thanks to growth in China as well as Japan and Australia but this had to offset declines in Taiwan, India, South Korea, Hong Kong and Thailand.  Interestingly in EMEA, while trends were again diverse, the upturn was broader than in recent years. The UK and Germany are still driving the majority of regional growth but Russia, Italy, Spain, the Netherlands and Belgium are all posting marked increases. UAE, Israel and South Africa in the Middle East and Africa sub-regions also experienced strong growth.  At the same time, markets such as France, Sweden and Poland did little more than keep pace with 2012 while Norway, Switzerland and Denmark all fell back.

The Americas meanwhile failed to be the driver behind global growth for the first time since 2009 but still produced a very strong outturn driven by the US and a significant upturn in Mexico along with a stable showing from Canada.  By contrast, Brazil saw a decline in volumes as did a number of smaller markets such as Argentina.

Cross-border investment
In all regions, foreign investors grew in significance and their activity rose by 24.3% over the year versus a 22.3% increase in domestic demand, delivering a slightly increased market share of 17.6%. A significant shift in the nature of cross-border players is taking place however, with global as opposed to regional investors coming to the fore. Regional investment rose 13% while global investment was up 36%, driven particularly by investment into EMEA.

The main source of international capital is the Asia Pacific region, accounting for nearly 40% of all non domestic spending. The majority of this is invested within the Asian region however. Looking at global rather than regional spending, it is North American investors who very much drove the market, investing US$43.8 billion, 43% of the total spent outside an investor’s home region. However, the fastest growing source of global capital is no longer North America – Asian investors increased their spending outside their region by 88% while Middle Eastern Investors beat that, increasing spending by 96%. By contrast, North American investment outside the Americas rose 23% and European investment outside the region was virtually flat.

North American players increased their regional spending – up by 44% – largely due to stronger Canadian investment into the US, while European investment within their own region actually fell, partly due to a greater focus domestically as well as strong competition from global players.

Pension and sovereign wealth funds remain more focused on Europe than other regions with 59% of 2013 commercial investment (excluding land and multifamily) heading towards EMEA followed by 28% for the Americas and 13% for Asia.  Country targets were relatively similar for the two with the US and the UK dominating as they do for most investor types.

Asia Pacific: 7-8% rise in activity in 2014
Asia Pacific saw the fastest growth in investment volumes of any region in 2013 with a 25% increase delivering a year-end volume of US$568.6 billion, 48% of the global market. It is notable, however, that a very significant share of this related to land sales in China, which soared 37% to US$397 billion, 34% of the global total.  Asia Pacific markets are forecast to see a robust performance in 2014 against the backdrop of an improving global economy and rising domestic demand – a further steady rise in activity is forecast of 7-8%.

Demand for prime standing investments picked up in emerging markets in the final quarter, led by China for retail and offices. Industrial had a strong year overall with core markets such as Japan and Singapore performing well and looking set to remain in strong demand.  Vietnam and Malaysia led the way for global emerging markets, bettered only by Mexico, with volumes up 58% and 37% respectively.

John Stinson, head of capital markets in Asia Pacific at Cushman & Wakefield, said: “In Asia Pacific, changing growth dynamics and a divergence in performance should be taken as an opportunity for investors to realign their investment strategy.  Parts of the region may be vulnerable to a shift in yield as capital flows change and liquidity is diverted from emerging markets by an end to quantitative easing. But at the same time, better economic performance should encourage portfolio investors seeking medium-term growth opportunities.”

In Indonesia, Investors are faced with declining of yield as price has increased by a higher percentage than rental income. The biggest question is whether rent can continue to go up to support price escalation of real estate in Indonesia. Handa Sulaiman of Cushman & Wakefield feels that the growth will continue for at least the next 2 years due to the fact that the economic growth will push the demand for real estate, which therefore push the rent higher, except in Residential sector which rent will taper off.

Global outlook
A realistic appraisal of the macro environment should support further robust demand for property as an investment.  This will be underpinned by the availability of debt and the supply of available product from profit takers, deleveraging banks, investors and developers moving up the risk curve as well as businesses and the public sector raising capital.

We are forecasting a 13% rise in investment globally to US$1.33 trillion in 2014, with the US and Western Europe driving the increase. At the same time, yield pressures will push capital values up with the yield gap between prime and good secondary closing as investors reappraise and re-price risk.  Rising interest rates will put a ceiling on how far yields can move but the sector has a cushion in high yield premiums. Pricing will also benefit from a slow return of occupier demand.  This recovery is taking place more rapidly than many expected and speed is likely to remain a feature of the market.  However, the investment recovery is running ahead of the tenant market in general, albeit to differing degrees, and hence the profile of the recovery will be front-loaded.

Real estate is a ‘buy’ based on relative pricing, risk and prospective growth. However not all property is equal – some countries are more reformed, innovative and productive while some cities are innately more competitive and attractive than others or the countries they sit in. Markets are therefore becoming more idiosyncratic and driven by their own individual advantages, leading to a more divergent global market with real winners and losers.

A long list of geopolitical tensions from the Middle East to the South China Sea will continue to generate uncertainty, most recently with Ukraine added to this list. Whilst it is too early to gauge how this will develop and influence markets, it is at the very least an added reminder of the risks that exist in cross-border investment generally and emerging markets specifically. Hence investors should continue to focus on the real individual level of risk market-by-market as they expand their investment horizons.
Posted by Burhan Abe di Wednesday, March 19, 2014