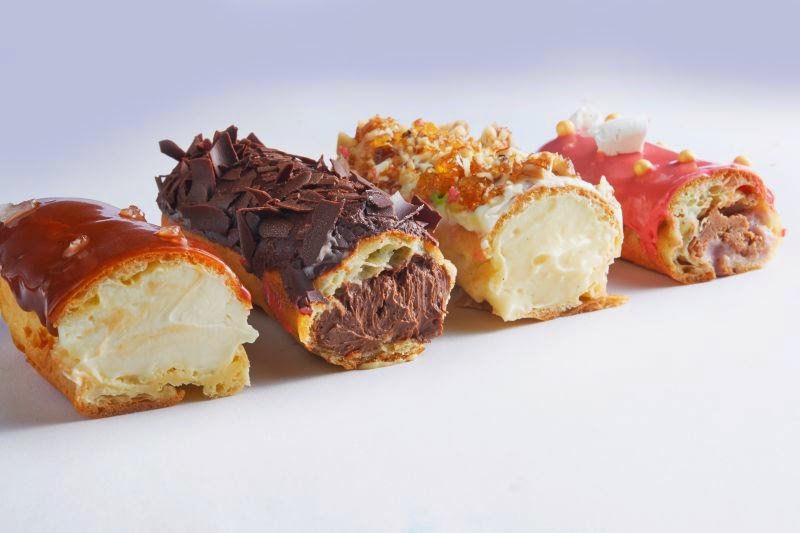 In anticipation of National Chocolate Éclair Day (June 22), Le Méridien Hotels & Resorts today announced the launch of its first-ever global éclair program in partnership with award-winning pastry chef and new LM100 member Johnny Iuzzini.  As part of the brand’s new culinary program, Le Méridien hotels and resorts worldwide will offer guests the opportunity to indulge in a variety of modern twists on the chic Parisian treat, including both classic flavours as well as unique creations inspired by the destination. In addition, Chef Iuzzini will create eight seasonal éclair recipes for the hotels, inspired by his travels through various Le Méridien destinations.  As part of the programme, each hotel will offer modern takes on three signature éclair flavours – coffee, chocolate and vanilla – as well as one locally inspired flavour. 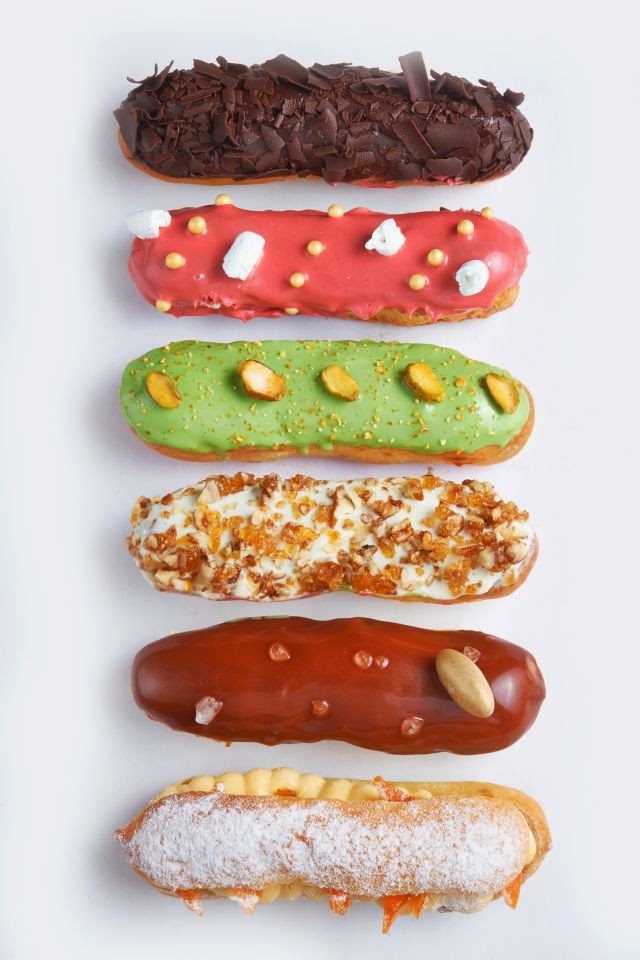 “Drawn from our European roots, Le Méridien Éclair will allow guests and locals yet another way to unlock their destination,” said Brian Povinelli, Global Brand Leader, Le Méridien & Westin. “Through local recipes and a modern perspective on this quintessentially French pastry, Le Méridien éclairs enable us to offer unique, memorable guest experiences in our signature Le Méridien Hubs and restaurants around the world.”

A 2006 James Beard Award winner for Outstanding Pastry Chef and author of Dessert FourPlay and Sugar Rush (September 2014), Iuzzini served as Head Judge on Bravo’s “Top Chef Just Desserts.” He boasts more than 20 years of kitchen experience at some of the top restaurants in New York City and currently owns a pastry and culinary arts consulting company, Sugar Fueled, Inc.  As the newest member of the LM100™, a group of cultural innovators and artists who define and enrich the guest experience at Le Méridien, Chef Iuzzini will guide the éclair programming and initiatives around the globe, employing his youthful energy and unique culinary style to reinvent the classic pastry and create eight seasonal éclair recipes exclusively for Le Méridien.

Le Méridien Celebrates the Éclair
To commemorate the launch of Le Méridien éclairs, Le Méridien hotels around the world will host exciting on-property events, programs and special offerings highlighting the delectable French treat, from do-it-yourself (DIY) tutorials with on-property pastry chefs to regular éclair hours for guests to sample seasonal creations. Guests of Le Méridien properties throughout the months of June and July will also be encouraged to upload and share their experiences on social media using #LMeclairs.

Le Méridien hotels around the world will continue to feature a variety of destination-inspired éclairs, offering guests an authentic taste of the local culture, from the Maple Bacon Éclair and Texas Honey Pecan Éclair at Le Méridien Dallas by the Galleria to the Dulce de Leche Éclair, infused with coconut, from Le Méridien Panama.  In Germany, Le Méridien Munich will offer a savory éclair with goat cheese, cranberry and pumpernickel crumbs, while Le Méridien Bangkok will feature a citrus-inspired treat with mango, lime and ginger. 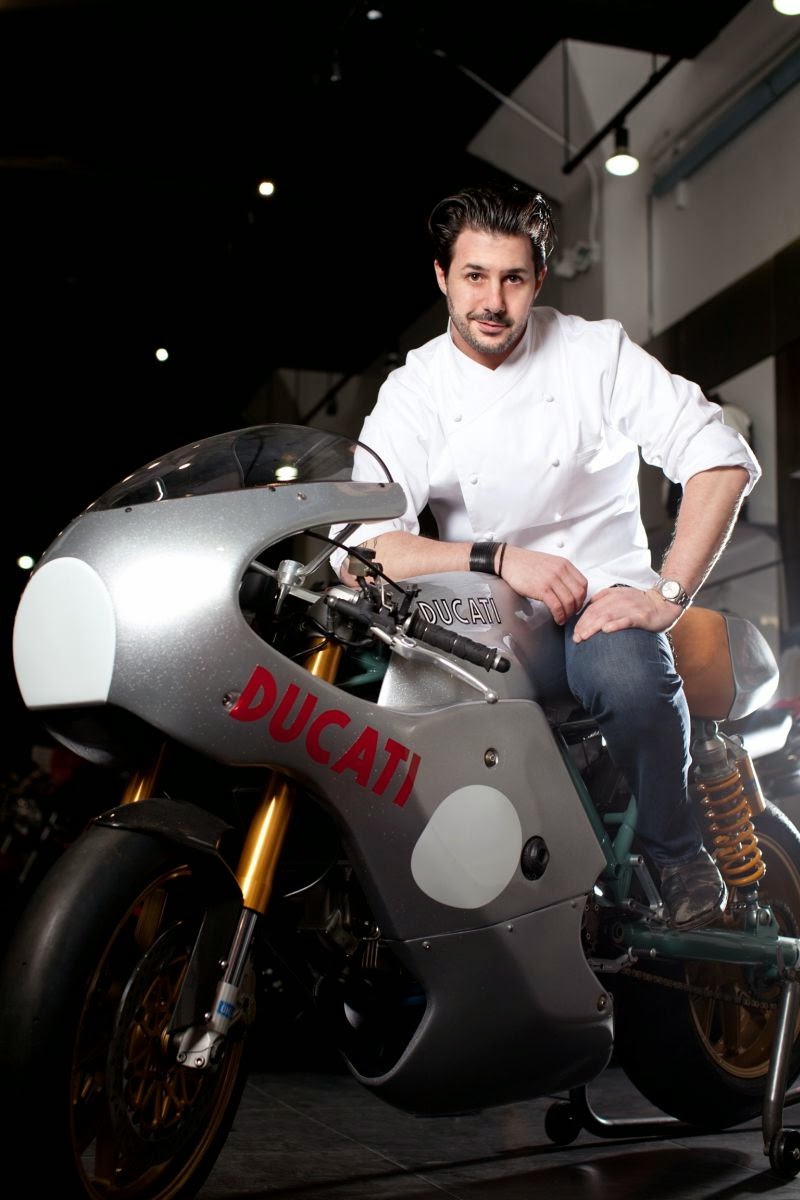 Johnny Iuzzini and ‘The Éclair Diaries’
Through this unique culinary collaboration, Chef Iuzzini will create eight signature éclair recipes exclusively for Le Méridien over the next 12 months, inspired by a global tour of select Le Méridien destinations.  Éclair Diaries will kick off in San Francisco on Thursday, July 10 where Chef Iuzzini will travel around the city and discover the region by motorcycle to uncover local flavors and find inspiration for his fall 2014 éclair recipe.  Chef Iuzzini’s recipe will then be unveiled at a special event in New York City on Tuesday, July 29.  Johnny’s Éclair Diaries will continue throughout 2014 and 2015 with additional stops being announced soon.

“I’m constantly searching for new flavors, techniques and ideas, and travel is a necessary source of inspiration,” said Chef Johnny Iuzzini.  “I am excited to work with Le Méridien in particular because of the brand’s commitment to unlocking the destination through locally-inspired cuisine, and I look forward to reinventing the éclair with the help of Le Méridien’s talented chefs around the world.”

The Le Méridien éclair programme comes on the heels of the brand’s recent announcement of a new global partnership with French Bossa Nova collective Nouvelle Vague, who has curated a 24-hour soundtrack for Le Méridien hotels around the world, as well as a new global beverage program, Le Méridien Sparkling, inspired by the European aperitif culture.  Together, these programs elevate the guest experience via the brand’s signature Hub experience, encouraging visitors to unlock their destination through coordinates, culture and cuisine.

About Chef Johnny Iuzzini
Chef Johnny Iuzzini, award winning pastry chef, hails from the Catskills region in upstate New York. A graduate of the Culinary Institute of America with over 20 years of kitchen experience, Chef Iuzzini honed his craft at highly lauded dining locations such as The River Café, Daniel, Payard, Café Boulud and Jean Georges, all in New York City. In 1998 he traveled around the world and studied pastry at some of the finest patisseries in France including LaDuree under Pierre Hermès. In 2006, the James Beard Foundation awarded Chef Iuzzini "Pastry Chef of the Year."

In addition he has been recognized as one of the "10 Most Influential Pastry Chefs in America" by Forbes, "Best New Pastry Chef" by New York Magazine, and named one of the “Top Ten Pastry Chefs in America” two years in a row by Pastry Arts and Design. He has appeared on national television shows including the "Today Show," "Good Morning America," "Martha Stewart," "Paula Dean," and "Live with Regis and Kelly" and was the head judge of Bravo’s culinary competition series “Top Chef: Just Desserts” for two seasons. During his near decade as the Executive Pastry Chef at Restaurant Jean Georges, the restaurant received four stars from the New York Times, three Michelin stars, and was considered one of the world’s fifty greatest restaurants.

Since leaving Restaurant Jean Georges, Chef Iuzzini has started his own pastry and culinary arts consulting company, aptly named Sugar Fueled, Inc.  He is the author of DESSERT FOURPLAY: Sweet Quartets from a Four-Star Pastry Chef (Clarkson Potter) and his second book, Sugar Rush, will be released in September 2014. In addition, Chef Iuzzini has been traveling around the globe researching new trends and techniques in the industry and devoting time to his other passion, motorcycle racing.
Posted by Burhan Abe di Tuesday, June 17, 2014