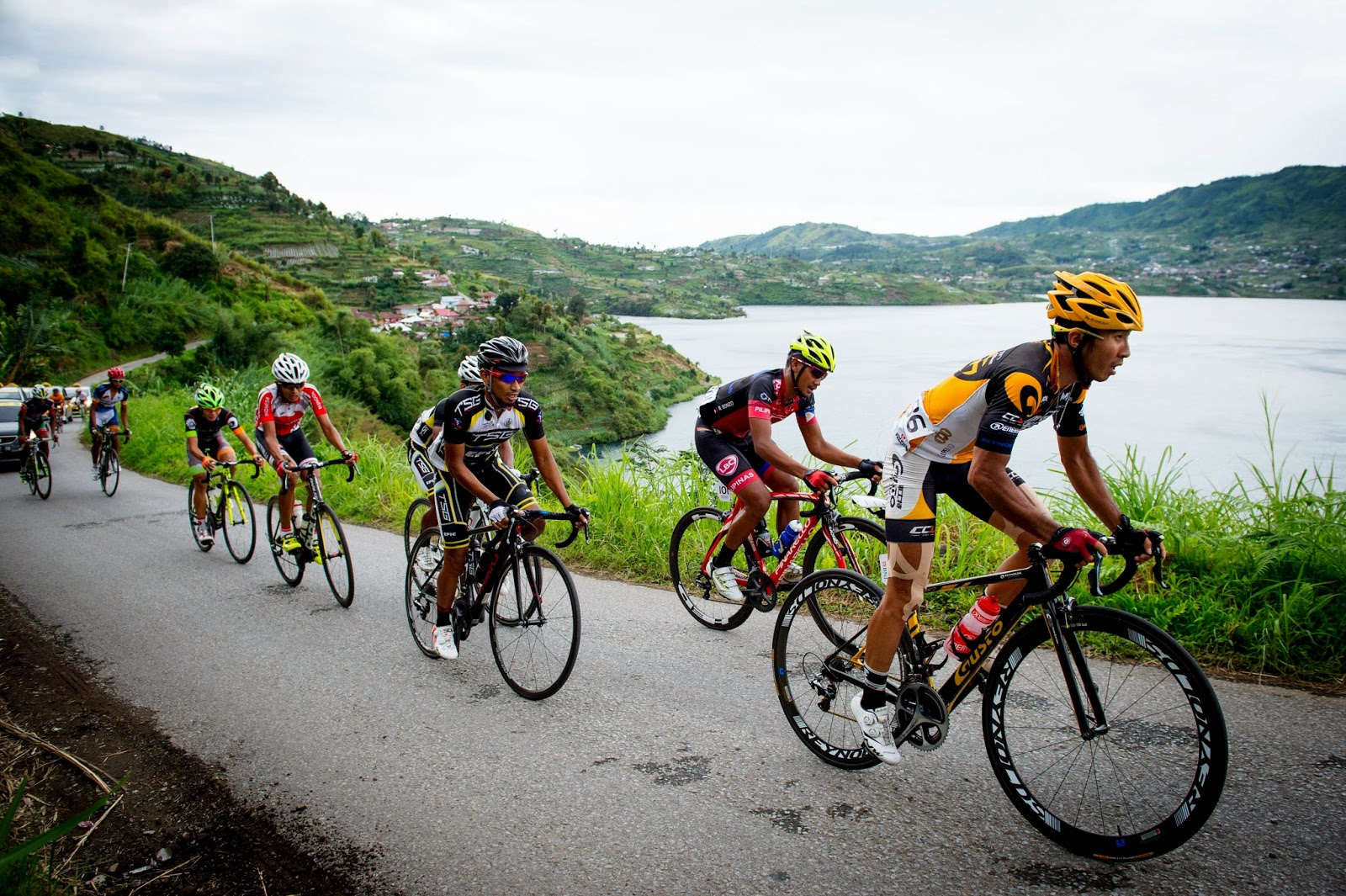 South Solok, June 14, 2014. Soufiane Haddi for the first time wins stage eight Tour de Singkarak 2014 after becoming the first to touch the finish line with 4:25:08. The Skydive Dubai Pro Cycling Team (SKD) is followed by Amir Zargari, Iranian rider of Pishgaman Yazd (PKY) at the same time. The third and fourth positions are held by riders from the same team Ramin Mehrbaniazar with 4:25:10 and Rahim Emami with 4:25:13.

Dadi Suryadi from Indonesia of Pegasus Continental Cycling Team (PCT) wins again the ASEAN rider category. This means that Suryadi will wear the red and white jersey for the seventh time with 26:03:05. In the second position, Philippine rider Boots Ryan Cayubit of Team 7 Eleven Roadbike (T7E) with 26:07:51. Following is his team mate Mark John Lexer Galedo with 26:10:18 in third position. 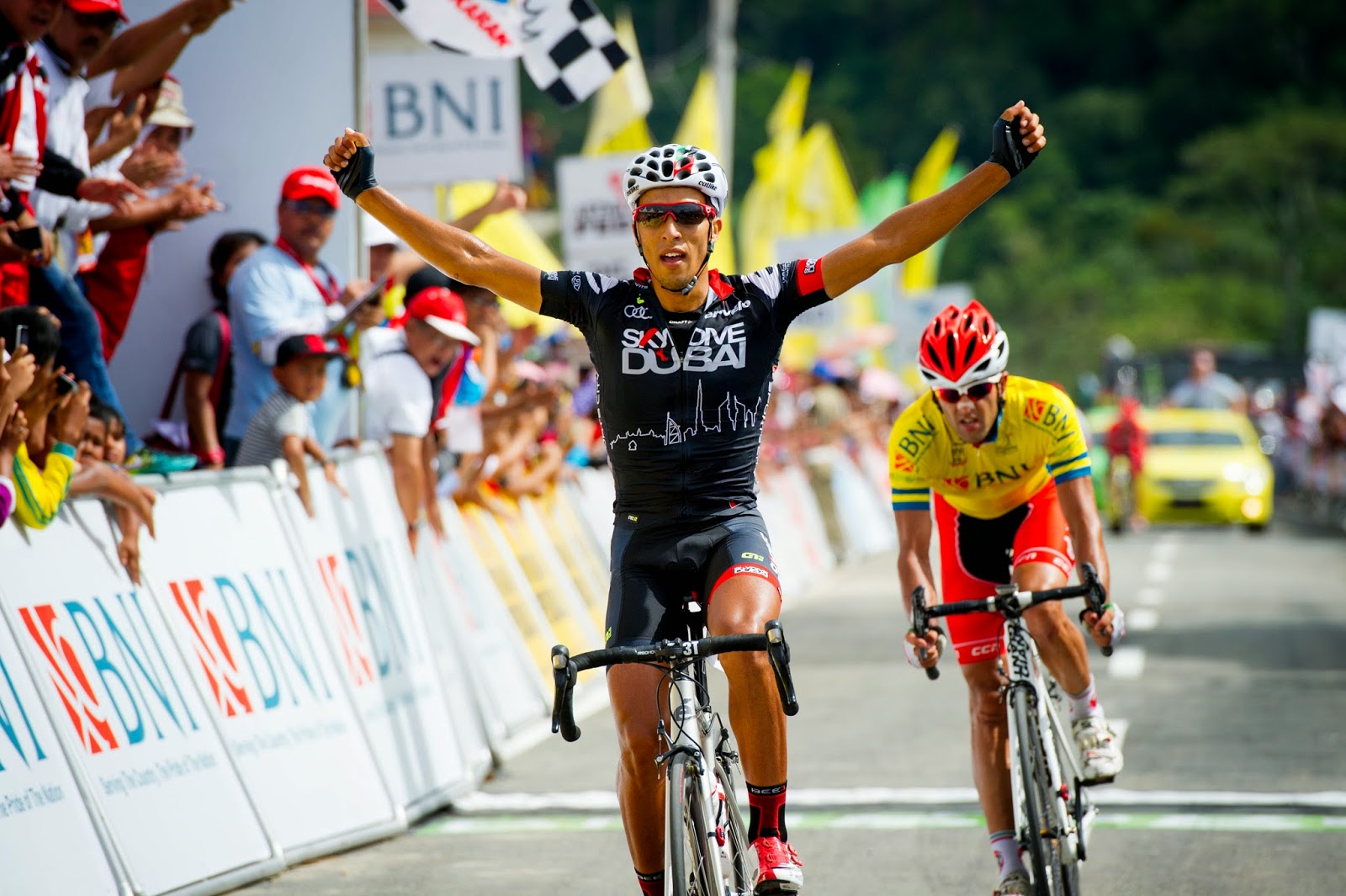 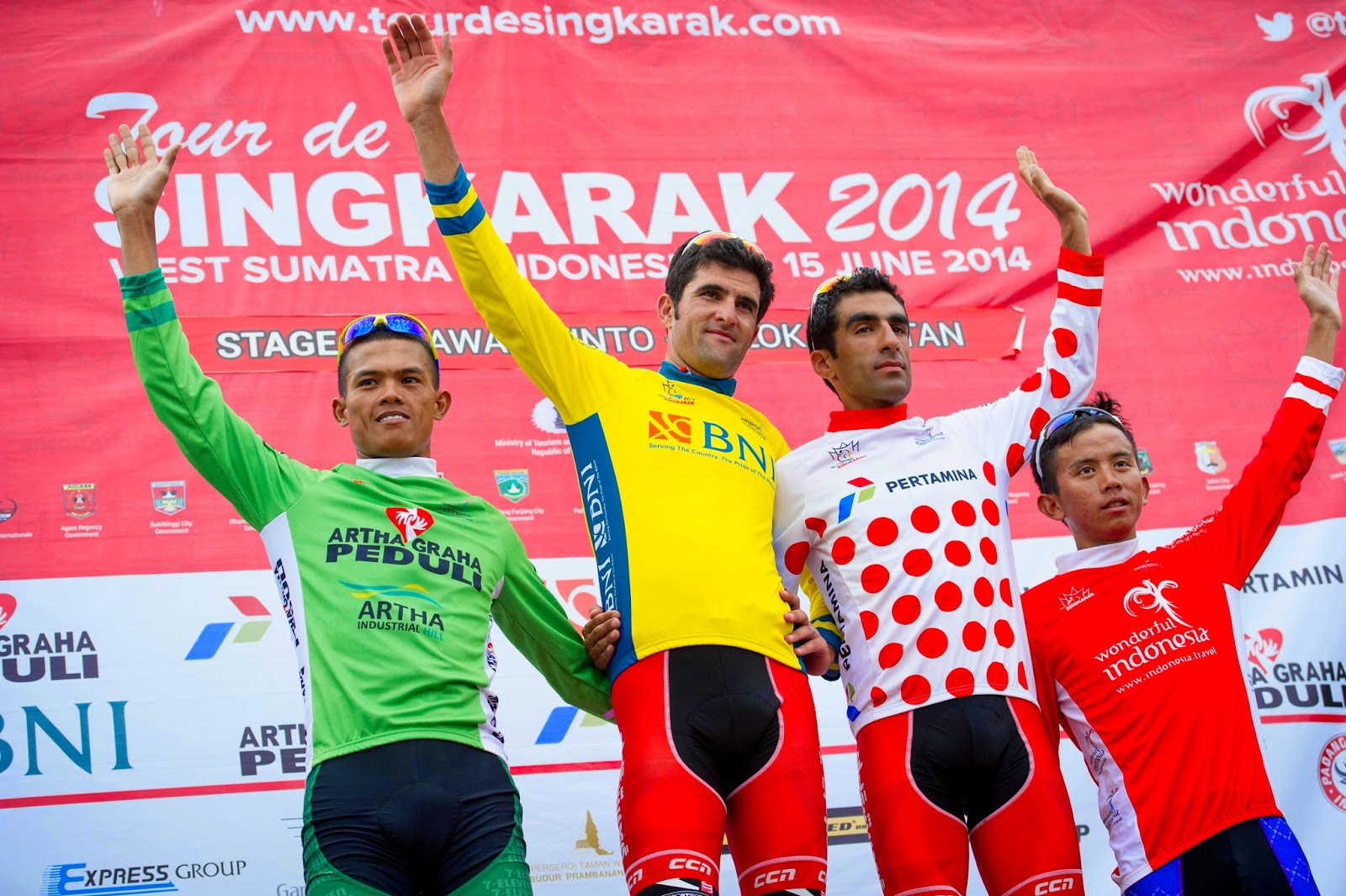 In King of Mountain category, the winner is Ramin Mehrbaniazar of Pishgaman Yazd (PKY) after succeeding in collecting 40 points. This also means that Mehrbaniazar is going to wear the polka dot jersey for the sixth time in a row. Second position is held by Junrey A Navarra of LBC MVP Sports Cycling (LBC) by getting 32 points followed by Amir Zargari in third position with 24 points. For this category, points are awarded in several spots as Bukit Sileh market which is a level I ascent and Liki which is a level II ascent.

In general classification, Iranian rider, Amir Zargari (PKY) retains his position by winning with 25:48:36. This is the sixth time Zargari won the classification followed by his team mate Rahim Emami with 25:49:53 in second position. In third and fourth position Iranian rider Ramin Mehrbaniazar (PKY) with 25:53:28 and Hossein Alizadeh of Tabriz Shardari Ranking (TSR) with 25:56:43.

The 88 riders from 18 different teams competing in stage eight TdS pedaled through 167 kilometers from Segitiga Park, Sawahlunto to Sangir Padang Aro, South Solok. This stage can be said as the last test for the riders because in stage nine tomorrow (6/15) the terrain will be relatively flat from South Pesisir to Padang City.
Posted by Burhan Abe di Saturday, June 14, 2014