Sotheby’s to Offer The Largest White Truffle in The World 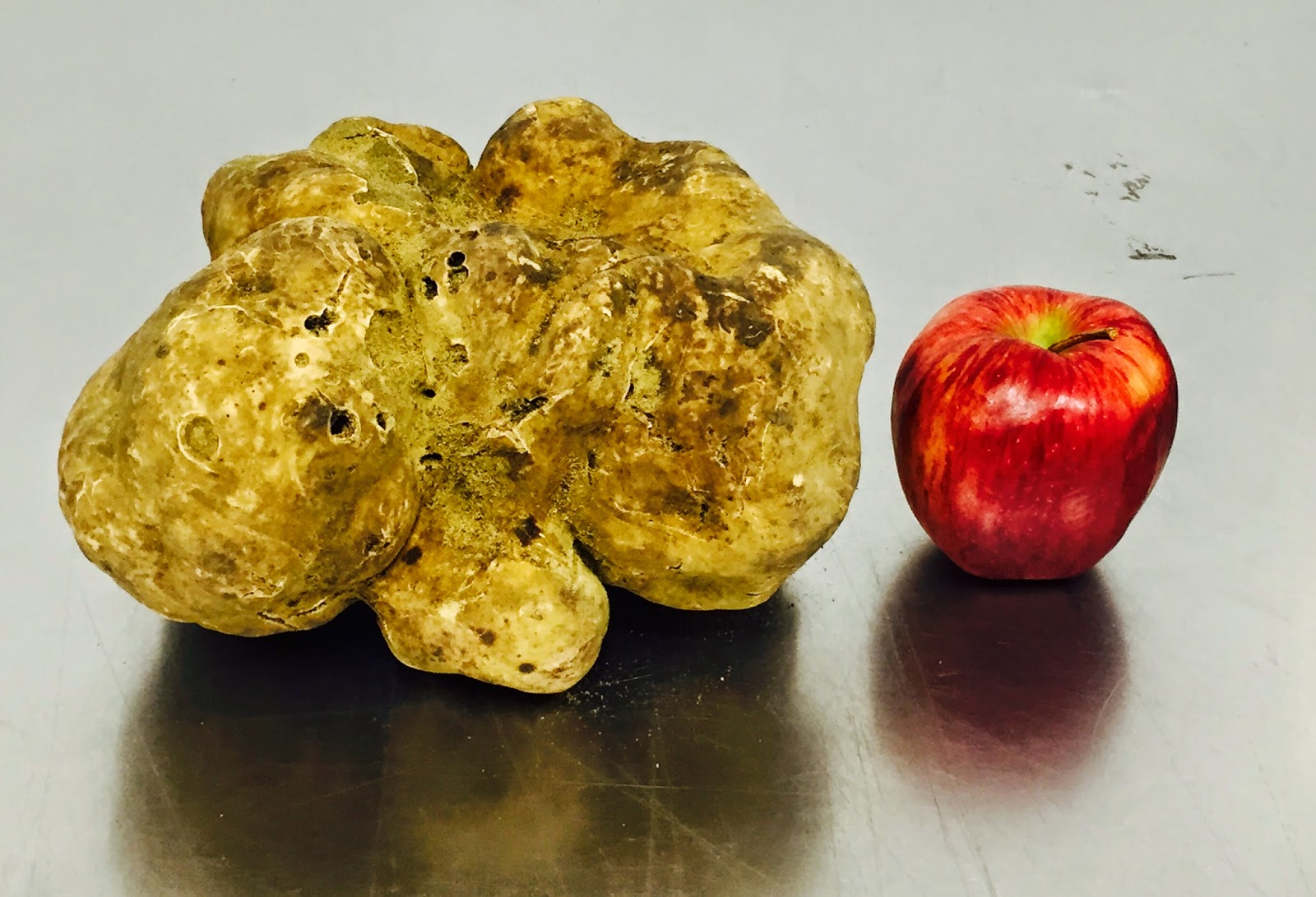 On Saturday 6 December 2014 at 9.15am in New York, Sotheby’s offered the largest white truffle in the world. The truffle was discovered just last week in central Italy by Sabatino Truffles, one of the oldest and largest truffle suppliers. Weighing in at a massive 4.16 pounds (1.89 kilos) when discovered, it is nearly twice the size of the existing record holder, which was sold for $417,200 in 2010. This extraordinary tuber is being offered by the Balestra family of Sabatino Truffles. Bidding is expected to start at $50,000, and the Balestra family plans to donate proceeds to a number of charitable organizations, including Citymeals-on-Wheels and the Children’s Glaucoma Foundation.

A white truffle is the rarest and most coveted food ingredient in the world. They are found only by using specially trained dogs in specific areas of Italy during the months of October, November, and December. Interested bidders can participate in the auction in a number of ways, including online at sothebys.com. More information about the auction can be found

The sale of the truffle will be immediately followed by Sotheby’s Wine auction which features lots ranging from $200 to $60,000 including The Magnificent Cellar of Dr. Ed Planz and Verticals and Large Format Direct from Paul Jaboulet Aîné. Full details of the lots on offer and how to bid can be found at www.sothebys.com/wine.

About Sabatino Truffles
Sabatino Truffles was founded in 1911 by Sabatino Balestra and his wife Giuseppa in a small storefront in Montecastrilli in Umbria, Italy. They catered to local families by distributing truffles, olives, olive oil and sardines. Nearly a century later and operated by the third generation of the Balestra family, Sabatino Truffles has grown into a large agricultural company with vast black and white truffle grounds, modern production laboratories and widespread distribution. It is the premier source for fresh truffles and award-winning truffle products in the United States with offices in New York City, Los Angeles, San Francisco and Las Vegas. www.sabatinotruffles.com

About Sotheby’s
Sotheby’s has been uniting collectors with world-class works of art since 1744. Sotheby’s became the first international auction house when it expanded from London to New York (1955), the first to conduct sales in Hong Kong (1973) and France (2001), and the first international fine art auction house in China (2012). Today, Sotheby’s presents auctions in eight different salesrooms, including New York, London, Hong Kong and Paris, and Sotheby’s BidNow program allows visitors to view all auctions live online and place bids in real-time from anywhere in the world. Sotheby’s offers collectors the resources of Sotheby’s Financial Services, the world’s only full-service art financing company, as well as private sale opportunities in more than 70 categories, including S|2, the gallery arm of Sotheby’s Contemporary Art department, as well as Sotheby’s Diamonds and Sotheby’s Wine. Sotheby’s has a global network of 90 offices in 40 countries and is the oldest company listed on the New York Stock Exchange (BID).
Posted by Burhan Abe di Monday, December 15, 2014