Travel and the Social Networks: Two Pillars of Friendship in 2015 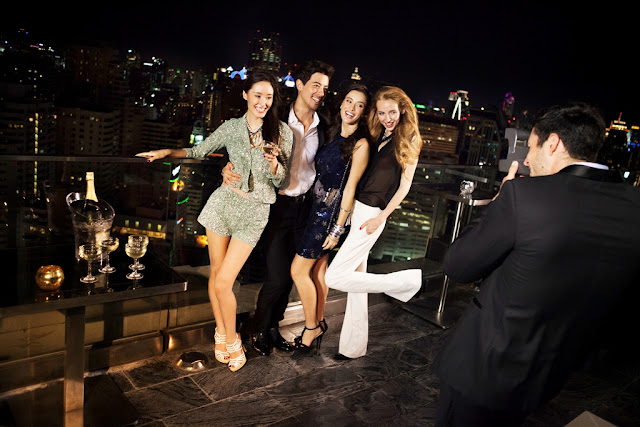 Mercure hotels highlight local features to offer guests authentic shared experiences and encounters. It was therefore only natural for the brand to take an interest in the theme of friendship, through a survey conducted in collaboration with Institut TNS Sofres1. The survey, which was carried out on a sample of 5,500 individuals from 13 countries, sheds new light on the notion of friendship in an era characterized by Web 2.0 and a surge in travel. Nowadays, is it easier to enlarge your circle of friends and open up more to others? Mercure unveils this survey’s key findings.

Some of the survey’s key findings:

Not surprisingly, the notion of close friendship is described as the sharing of values, the absence of judgement and total availability for one another. More than anything else, 83% of responders expect to be able to count on a close friend.

A sphere of friends that is enlarged through travel!
People’s spheres of friends have also evolved and been transformed as a result of the increase in travel. We are no longer just friends with the people who live near us, but increasingly with people we have met when travelling in our own country or abroad.

For example, more than half of the travelers (56%) have forged friendships during a trip. The Brazilians (84%), and most surprisingly given the language barriers, the Chinese (71%), are keenest on these cosmopolitan encounters. Conversely, the Japanese are the most reserved with only 11% of travelers declaring that they have made friends this way.

The survey also found that travelers make huge use of the social networks to organize their itinerary and benefit from the sound advice of locals before exploring the part of the world they are travelling to in the most authentic way possible.

For example, 45% of the people travelling said they contact friends of friends on their social network when travelling. They seek their tips (49%) and their company (30%). As well as the pleasure of knowing someone locally, the respondents also show great foresight since 35% of them say they find it reassuring to be able to count on an acquaintance if there’s a problem or emergency. It’s worth noting that the Australians go a step further and contact friends of friends mostly to ask if they can stay with them on their trip (35% of respondents).

People stay connected when we’re on holiday. 77% of the travelers stay in touch with their friends on the social networks! Travel now confers status, and people share their discoveries with their friends back at home or at work. Post cards are dead! Long live photos (36%) and posts (32%)!

Social networks are also used to stay in touch with “real” friends: 58% of social networks users have already asked a person they have actually met to become a friend online. Once again, the French appear to be shyer than the other nationalities with only 42% declaring that they have done this, which means they are at the bottom of the ranking compared with the rest of the world.

Lastly, the Internet encourages the birth and above all the preservation of friendships; people rediscover their best friend from primary school (61% of the people questioned consider this to be the key advantage of social networks), they don’t forget their loved ones’ birthdays (40%) and they send their friends and family thoughts and photos (51%), all of which creates a sense of daily proximity and sharing.

     And who would you like to meet thanks to the six friends theory?
The “six-degrees-of-separation” theory, which claims that we are all only six people away from everyone else on the planet is known the world over. One third of the people surveyed have already heard of it! Because they are very active on the social networks, this theory is best known in China, where 67% of respondents knew about it.

It would seem, therefore, that according to this theory, everyone can have potential friendship connections with people who seem inaccessible. Does that mean George Clooney could be a friend who’s “six-degrees-of-separation” away?

In answer to the question “Who would you dream of meeting thanks to the Six Friends Theory?” all the French respondents said they would like to meet a celebrity, preferably a singer, a musician or a DJ (14%), especially the women.

About Mercure’s “The Six Friends Theory” operation
The hotel brand Mercure, which is present in 52 countries, set out to check the six-degrees-of- separation theory during a worldwide digital operation called “The Six Friends Theory”. The operation consisted of selecting a candidate and taking him/her to meet an Aboriginal in Australia, thus proving that they were only six degrees of separation away from each other. The call for applications was a huge success and touched over 5 million internet users on the social networks. The lucky winner went on a round-the-world trip via the Mercure hotel network, following an itinerary that took her via the home locations of the five people linking her to the Aboriginal.

About Mercure
Mercure is the midscale non-standardized brand of Accor, the world’s leading hotel operator with 3,700 hotels and 180,000 employees in 92 countries. Mercure hotels share common quality standards and are driven by passionate hoteliers. Whether they are located in major city centers, by the seaside or in mountain resorts, each establishment offers an authentic experience for both business and leisure travelers. The Mercure network spans 711 hotels in 52 countries around the globe, represents a real alternative to standardized or independent hotels, and combines the power of an international network with professional and digital expertise. For more information, visit www.mercure.com.

About TNS Sofres
TNS Sofres is a leading marketing and opinion research provider in France, and part of TNS, the global leader of international ad hoc research. TNS Sofres advises clients on specific growth strategies around Brand & Communication, Innovation, Stakeholder Management, and Retail & Shopper, based on long-established expertise and market-leading solutions. With a presence in over 80 countries, TNS Sofres and other TNS companies have more conversations with the world’s consumers than anyone else and understand individual human behaviours and attitudes across every cultural, economic and political region of the world.
Posted by Burhan Abe di Friday, June 26, 2015