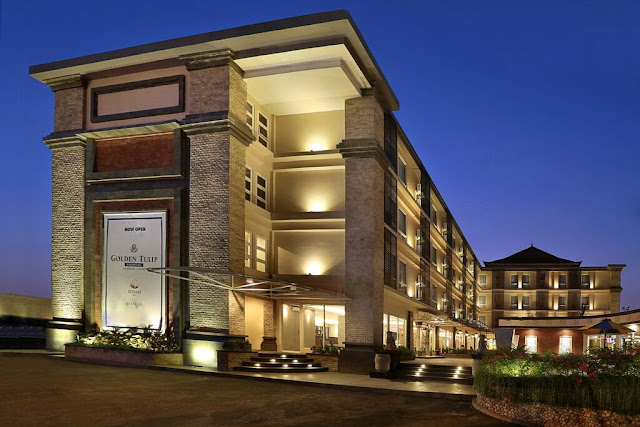 Jin Jiang – one of China’s leading travel and tourism conglomerates – is a state-run company with a strategy based on China's Five-Year Plan that identifies tourism as a core growth engine thus a priority for investments. It is a great opportunity for Louvre Hotels Group to benefit from this 5-year roadmap, enabling continuous investment to accelerate development in France, Europe, Asia and the rest of the world. The new ownership also gives LHG access to the largest outbound touristic market of which 30% is managed by Jin Jiang Tour Operator.

LHG and Jin Jiang share the same passion for the hotel industry. Prior to the acquisition of Louvre hotels Group by Jin Jiang in March 2015, the two companies had been partnering for 4 years with a distribution agreement.

Boosting expansion with a EUR2.5 billion line of credit
The development is now receiving a strong boost. Strengthened by the €2.5b line of credit granted by Chinese bank ICBC over a 3-year term, a substantial enough budget is available to shift gears and accelerate the development strategy of the Group through organic development, innovations, renovation of existing hotels, or external growth.

Accelerating brands’ development into the Chinese market
With the Chinese shareholder’s backing, the brands are able to penetrate a market with high entry barriers. Louvre Hotels Group will launch Campanile economy hotels in China, with first opening in Shanghai at the end of 2015. The objective is 500 hotels in the next 5 years.

Further development is planned for the Golden Tulip brand: among the first, the conversion of a flagship JJ hotel in Shanghai.

Thailand
In Thailand the group currently has 5 Golden Tulip and Royal Tulip Hotels in operation and development.  There are currently advanced plans for the launch and a roll out of a group of 30 Tulip Inn economy hotels, economy hotels throughout the Kingdom, in the main and secondary cities around the country.

Furthermore there are aggressive plans for further expansion for the 5 and 4 star hotels and resorts in the main destinations Bangkok, Phuket and Pattaya.

In addition there is an interest for strategic investments in the hotel sector through portfolio acquisitions. The portfolio in Thailand is managed under a partnership with BHM Asia out of Bangkok.

The total portfolio of Louvre Hotels Group in Indonesia is to reach over 28 hotels by the end of 2016.

SE Asia
The Group is in advanced stages to open up various hotels in Malaysia, Vietnam and the Philippines. “We are very excited by the acquisition of our group by Jin Jang as we see the opportunity in Asia to expand aggressively and to capitalize on the synergy with our new shareholders. We have recently opened some very nice new properties giving the brand a boost as an international group and we are able to make good entries into various markets,” commented Mr Mark van Ogtrop, Managing Director of Louvre Hotels Group South East Asia.

Mr Erick Herlangga, Vice President Development, South East Asia added, “With our brands being well established in our base countries we now see the opportunity to reach out and grow in the other South East Asian countries, where we witness a strong demand for an international brand like ours.”