Mercure Bandung Setiabudi Save the Planet on Earth Hour 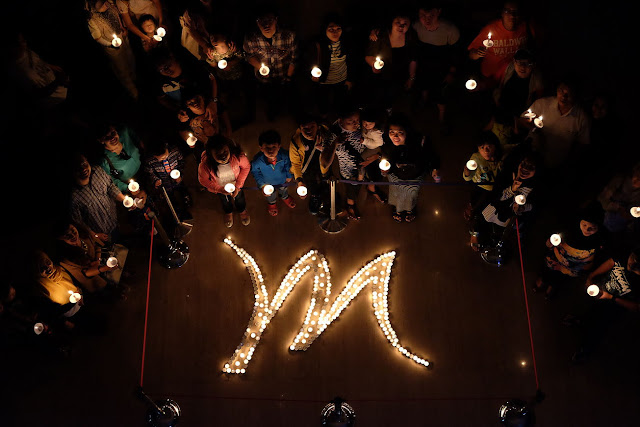 Earth hour is a worldwide grassroots movement uniting people to protect the planet by minimizing the use of electrical energy simultaneously around the world, organized by World Wide Fund for Nature (WWF). This campaign was conducted to raise public awareness of real movement against climate change.

In 2016, Mercure Bandung Setiabudi were taking a step in the action one-hour outage of the electrical energy. Held on March 19, 2016, hotel started Earth Hour campaign by drop a wall of fame "Hope for The Planet" to be filled in various writings about guests' expectations on the future of the planet. Giant screens were installed in the lobby area with Earth Hour video playback

Exactly at 20.30, lighting the lamp in the lobby area, Hardy's Dining Room, and rooms starts off, guests were lighted up the candles and invited to poolside area to join dots drawing, guests are free to draw on themed "Earth Hour" by completing the arranged points.

During Earth Hour, Mercure Bandung Setiabudi is well-managed to save electricity power up to 132.000 watt. As well-said by General Manager, Engkun Kurnia, this campaign is an effort that is included in our commitment on Planet 21, which brought by Accorhotels. Planet 21 is our commitment to support sustainable development, including reduce our energy usage, reduce our CO2 emissions, and increase the use of renewable energy in the hotel.
Posted by Burhan Abe di Tuesday, March 22, 2016