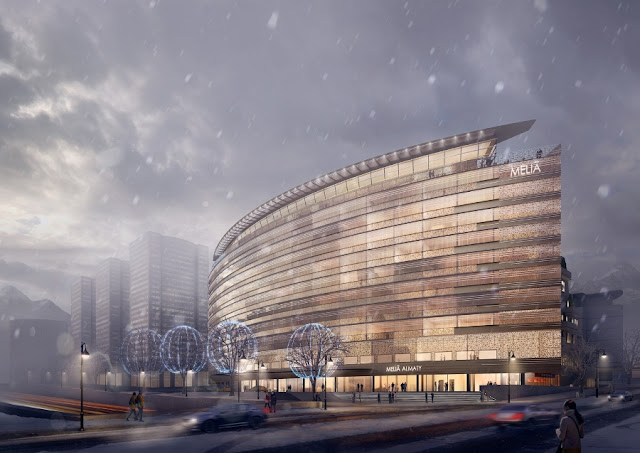 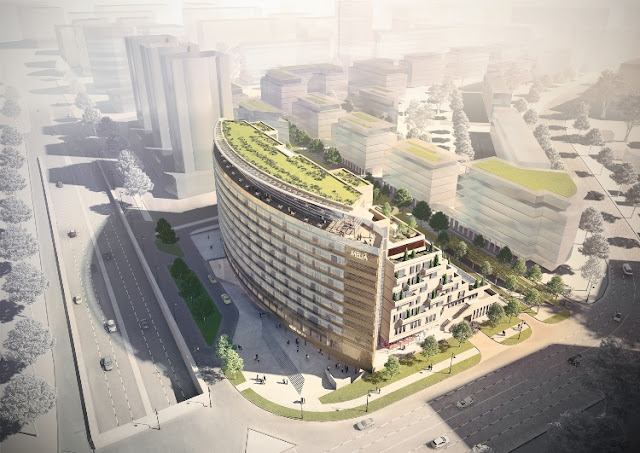 Set amongst virgin coral reef, the Gran Meliá hotel will offer 95 private villas, including 100 rooms, as well as three restaurants, a bar and café, spa, leisure centre and several retail shops. The hotel will also be able to arrange and host exclusive private events and romantic dinners on a smaller nearby island. 66 per cent of Maldivian visitors are honeymooners or guests who wish to enjoy an idyllic beach holiday with exceptional diving.

During the contract signing, Maria Zarraluqui, Director of Expansion for Meliá Hotels International, commented, "Opening a Gran Meliá hotel in the Maldives has been a dream for us for a long time, but we were always waiting for the right project to come along. This hotel meets all our expectations. We are confident that our unique Gran Meliá brand will enhance the magic of these privileged islands, giving a new meaning to the concept of luxury."

The Maldives consists of more than 1,192 islands in the Indian Ocean, formed of two rows of 26 atolls running from north to south. Both chains of atolls (the largest with an area of only 8 km2) are located approximately 700 km from Sri Lanka and 400 km south-west of India. Due to its unique features and exceptional beauty, the Maldives has become one of the most exclusive havens for tourism, mainly from Europe and Asia, which now generates over 25 per cent of the country’s GDP, followed by fishing which generates 60 per cent of foreign exchange receipts.

Meliá Serengeti Lodge, Tanzania
The future Meliá Serengeti is scheduled to open in June 2017, and is located on the natural terraces on the southern slopes of the hills of Nyamuma, with spectacular views over the peaceful valley of the Mbalageti River. The hotel is about 45 minutes from Seronera Airport in the Serengeti National Park, the oldest and most popular National Park in Tanzania, on the western border of Lake Victoria, considered a World Heritage Site.

Built 700 meters below the peak of the hill, the hotel allows a perfect viewpoint for the annual migration of one million blue wildebeest, thousands of lions and leopards and 250,000 zebras, which pass through the valley every year in search of rains and cooler pastures.

The grounds of the lodge or safari-hotel consist of three natural terraces that descend from an elevated plateau, with the lodge built on the middle terrace, adapting its architectural design to the gentle curves of the land, creating an intimate link with the vegetation and rocky outcrops. The entire design of this unique hotel is inspired by integration with the natural environment, with Suites that provide a unique and privileged African experience in a secure and luxurious environment.

The Meliá Serengeti will provide 50 rooms: 25 „Meliá Forest‟ rooms, 23 „Meliá Hills‟ rooms and 2 „Serengeti Suites‟, with public areas such as lounges and restaurants overlooking the sunny terraces around the infinity pool and the pool bar, open areas for barbecue, with stone and vegetation masterly mixed to ensure an attractive structure at the perfect temperature.
100% environmentally-friendly hotel

The Meliá Serengeti will be the first Company hotel designed to operate completely „off the grid‟, with its remote location and total absence of services in the area making it the perfect opportunity to create a state-of-the-art sustainable hotel which will depend solely on fossil fuels for emergency energy supply.

The rooms have been designed with an intelligent approach to insulation and ventilation, and will provide fans rather than air-conditioning, no television, and all of the building materials will be evaluated based on the carbon footprint they generate, replacing tiles, for example, with concrete with local pigments and wood.

The creation of an „off the grid‟ resort requires resources such as photovoltaic panels to generate electricity and accumulators to store the electricity, complemented by a biogas generation system fed by a wastewater treatment plant. Water will be collected from rainwater and made drinkable using the most modern and environmentally- friendly techniques and equipment.

For Gabriel Escarrer, Vice Chairman and CEO of Meliá Hotels International, “Meliá Serengeti is an opportunity to respond to the challenge of offering the „real‟ African experience that all travellers desire, combined with the safety and comfort of the most exclusive and secure environment.”

The senior executive of the Company thanked specially the owners and promoters of this spectacular project, Albwardy Investments Group, for renewing their confidence in Meliá Hotels International with this project, ensuring the Company would successfully rise, as ever, to this new challenge. 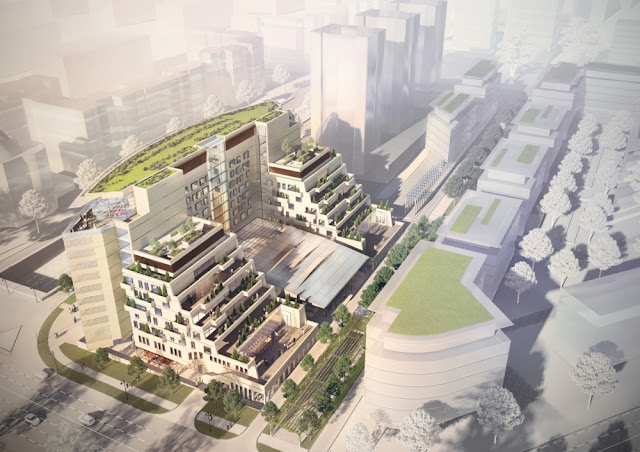 Meliá Almaty, Kazakhstan
The announcement of the first hotel operated by Meliá Hotels International in Kazakhstan, a huge and wealthy country located in the heart of Eurasia, is a further example of the vocation for international growth of a Company which now operates in 42 countries.

The surrounding mountains of Tien Shan, Altay, or Ulytau make it a paradise for winter sports, and it is also blessed with vast natural resources, mainly oil, gas and mines. Kazakhstan also has other attractions such as a traditional culture evolving from the eternal relationship between the Kazakh people and nomadic tribes, and influenced by the Russian occupation in the 18th century. The country received 5 million visitors in 2013, and expects to receive 8 million in 2024.

Almaty was the capital of the country until 1997, and is the largest city in Kazakhstan, a country that aims to become one of the top 30 economies in the world by 2050. Almaty generates around 20% of the national Gross Domestic Product and is a major financial hub in Central Asia. Added to its industrial, commercial and business activity, and the fact that it is home to all of the most important embassies and headquarters of companies operating in Kazakhstan, this make it the ideal destination for a Meliá hotel specializing in corporate travel and congresses.

Meliá Almaty will open in 2019, located north on Abay Prospekt and west on Mirsoyan Street in one of the most exclusive areas of the city of Almaty, and will provide 250 rooms, including 50 Suites and Junior Suites, with cutting-edge architectural design and a structure of steel and glass. It will also provide a restaurant, bar, lounge, spa and fitness centre, as well as meeting rooms. This full range of services and facilities together with the high standards Meliá applies to its urban hotels, combining the urban and leisure experience (bleisure hotels, business + leisure), will undoubtedly make the Meliá Almaty one of the leading hotels in the city, in competition with other major international hotel chains.

During the signature, the Director of Expansion for Meliá, Maria Zarraluqui, thanked the hotel owners, ASICO, for their confidence in Meliá, and explained how satisfied Meliá Hotels International is with the addition of this hotel. “Meliá Almaty is our long-awaited first hotel in Kazakhstan, with the right product and the right brand for this city, and we hope the hotel will play a key role in the powerful growth of the city,” she said.
Posted by Burhan Abe di Saturday, April 30, 2016