Sunny Side Up Tropical Festival 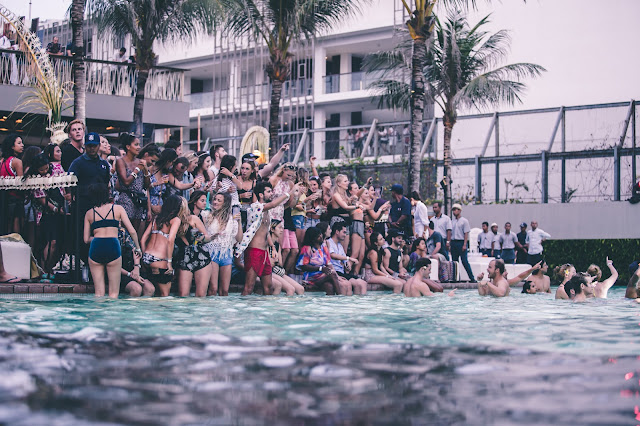 Two of Indonesia’s leading entertainment brands, Potato Head and Ismaya Live, collaborate again for the third annual Sunny Side Up Tropical Festival, with the event now taking place over two days at the Potato Head Beach Club in Seminyak, Bali.

PTT Family, the acclaimed hospitality and entertainment group behind the iconic Potato Head Beach Club in Bali, and Indonesia’s leading live music promoter Ismaya Live are proud to announce the third edition of the Sunny Side Up Tropical Festival. In addition to returning with a stellar line-up, this year’s event will now take place over two days – a first for the festival.

This year’s Sunny Side Up will offer a combination of world-class live acts and DJs. Artists set to appear at time of writing include Disclosure (DJ), Mark Ronson (DJ), Ta-Ku (live), Breakbot, Sam Feldt, George Maple, Hermitude, and many others.

The festival’s stage and bars will be made from locally sourced, sustainable materials, giving Sunny Side Up a bold tropical feel that reflects its surroundings whilst remaining responsible and respectful to the environment and the local communities. (Photos: Vinodii)
www.sunnysideupfest.com
www.facebook.com/sunnysideupfestival
www.instagram.com/sunnysidefest 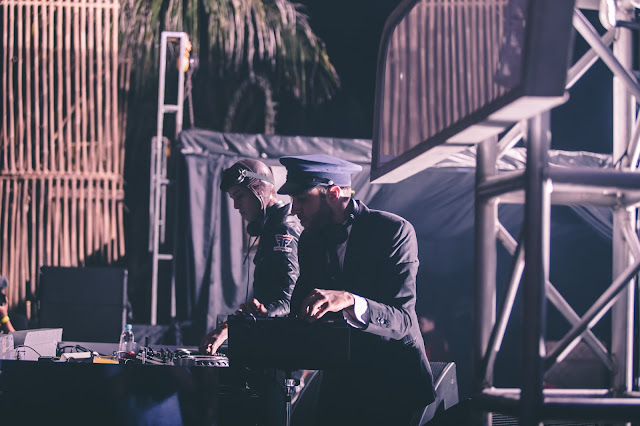 DISCLOSURE
Disclosure’s extraordinary debut album “Settle” (2013) put this English duo, brothers Howard and Guy Lawrence, at the forefront of a new wave of electronic music. “Settle” topped charts, won numerous accolades and ushered in a new refreshing type of dance music. The band followed it up with the impressive “Caracal” (2015), which earned Disclosure its second Grammy nomination. Growing up, Howard and Guy were surrounded by a wide variety of musical genres and played instruments early on, but it was splicing and experimenting with recorded music that led to the creation of Disclosure and its signature electronic music with a pop structure sound.
www.disclosureofficial.com
www.facebook.com/disclosureuk
www.instagram.com/disclosure
www.soundcloud.com/disclosuremusic 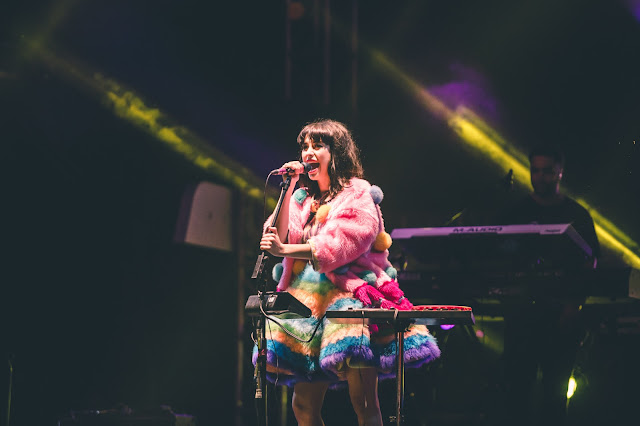 MARK RONSON
Superstar producer and DJ Mark Ronson has earned both praise and popular success for his throwback, soul and funk influenced work with such diverse artists as Ghostface Killah, Amy Winehouse and Bruno Mars. The stepson of Foreigner guitarist Mick Jones, Ronson spent the first eight years of his life growing up in England. Having played guitar and drums from an early age, it wasn’t until moving to New York City with his mother that he discovered DJ culture. At age 16, and already a fan of popular hip-hop artists such as Run-D.M.C. and the Beastie Boys, Ronson began listening to the various hip-hop mixtapes. Inspired, Ronson confiscated his father’s record collection and tried his hand at mixing. It was the first step in a career highlighted by work on Winehouse’s Grammy-winning album, as well as his own global smash hit “Uptown Funk”.
www.markronson.co.uk
www.facebook.com/markronson
www.instagram.com/iammarkronson 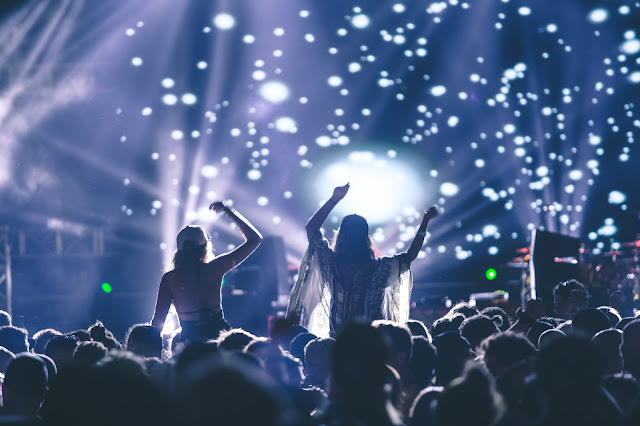 TA-KU
Ta-Ku is a modern day renaissance man. Rising to prominence as one of Australia’s most indemand beatmakers, the Perth-based artist (real name Regan Matthews) has found himself curator of a rapidly expanding creative empire. While selling health insurance full-time, the musician was creating beats in his free time that would become so popular that Ta-Ku became his only job. Ta-Ku’s credits now include high-profile remixes for BANKS, Childish Gambino and Justin Timberlake, as well as a clutch of co-written pieces, production efforts and countless self-releases.
www.takumusic.com
www.facebook.com/takugotbeats
www.instagram.com/takubeats
www.soundcloud.com/takugotbeats 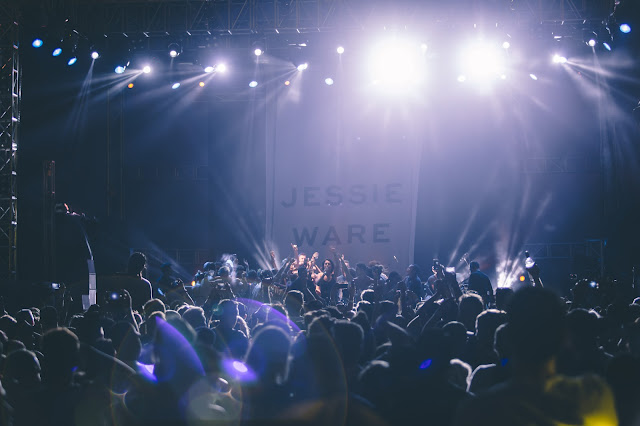 BREAKBOT
Breakbot is the French duo of producer Thibaut Berland and vocalist Irfane. Their productions combine funk, disco and house with a French touch. Signed to the renowned Ed Banger record label in 2010, Breakbot’s first release was the huge hit “Baby I’m Yours”. The duo is also known for its remix work, having collaborated with the likes of Birdy Nam Nam, Digitalism and Busy P amongst others. Breakbot’s album “Still Waters” was released earlier this year to criticalacclaim and sees Breakbot continue their dance floor dominance.
www.facebook.com/breakbot
www.instagram.com/breakbot
www.soundcloud.com/breakbot

SAM FELDT
While only in his early twenties, Dutchman Sam Feldt has become quite the international deep house tastemaker. With amazing remix work as well as solid hits like the 2015 release “Show Me Love”, he’s definitely one of the DJs to watch for new sounds on the scene.
www.samfeldt.com
www.facebook.com/officialsamfeldt
www.instagram.com/samfeldtmusic
www.soundcloud.com/samfeldt 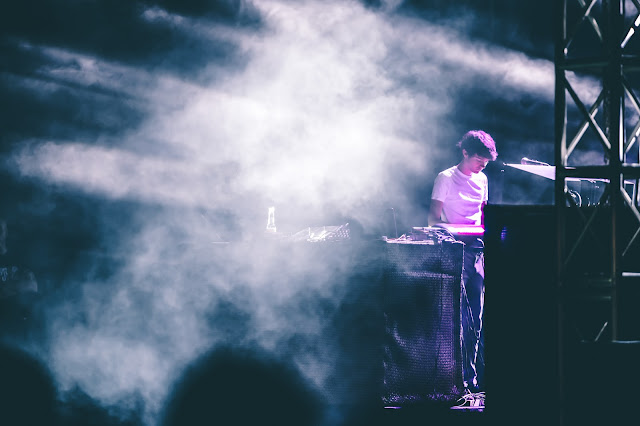 GEORGE MAPLE
As a teenager performing live alongside iconic Australian artists, including Renee Geyer, Daryl Braithwaite and Jimmy Little, it became obvious that George Maple’s sound and style could not be confined to a single time and place. Her sound – deeply soulful, a vocal fullness beyond her years and with a certain vulnerability – can be heard on every production she jumps on.
www.facebook.com/GeorgeMapleOfficial
www.soundcloud.com/george-maple

BLONDE
Blonde is the English duo of Jacob Manson and Adam Englefield. Their rise to the top has been nothing short of meteoric from their first collaboration in 2014, a track entitled “Talk To You”. Amazingly they managed to produce this track without having ever met in person, and it was the success of this long-distance collaboration that led Manson back to his hometown of Bristol to meet Englefield. Then the real magic began.

Their production schedule soon filled up with new creations influenced by a wide range of genres, including House, R’n’B and Garage. They were soon signed to the acclaimed FFRR label and released several hits, such as “I Loved You” and “All Cried Out”, which led to a blaze of appearances at some of the UK’s biggest festivals and extensive airplay on the radio. This momentum grew throughout 2015 culminating in a series of headlining gigs and DJ performances at many of the biggest venues and festivals in UK and Europe. Most recently they collaborated with Craig David on “Nothing Like This” and are putting the finishing touches of their highly anticipated debut album.
www.blondesound.com
www.twitter.com/Blondesound
www.facebook.com/blondesound
www.soundcloud.com/blondesound
www.instagram.com/blondeofficial

HERMITUDE
Hermitude are El Gusto and Luke Dubs, an award-winning duo based in Sydney. Over the course of 12 years they’ve released four albums, most recently the Australian Music Prize-winning album “HyperParadise”. They continue to rise in popularity and now command festival main stages all over the world. They have worked with critically acclaimed artists, including Flume and Rüfüs Du Sol, whilst collecting awards and fans along the way.
www.hermitude.com
www.facebook.com/hermitude
www.instagram.com/hermitude
www.soundcloud.com/hermitude
Posted by Burhan Abe di Wednesday, June 22, 2016