Achieving Global Sales of US$ 1 Billion, Jeunesse Has Oficially Opened for Business in Indonesia

An US direct sales company for skin care and nutrition technology products, Jeunesse has opened for business in Indonesia in its Grand Launching to take place Saturday, 30 July 2016. The duo founders of Jeunesse, Randy Ray and Wendy Lewis are to join the event with around 2500 Indonesian direct sales practitioners to launch YES, Youth Enhancement System (Rejuvenation System), a series of anti aging technology products focusing on health, longevity and cell regeneration that help a lot of people to enjoy healthy and youthful life.

Established in Orlando, Florida the United States on 9 September 2009, Jeunesse Global is a direct sales company of stem cell technology based anti aging products developed by a team of qualified scientists & researchers in the most advanced research and development infrastructure facilities. Dr. Vincent Giampapa, one of medical advisors of Jeuness has been nominated to receive Nobel prize in the field of research of benefiting the stem cell for anti-aging and health purposes. 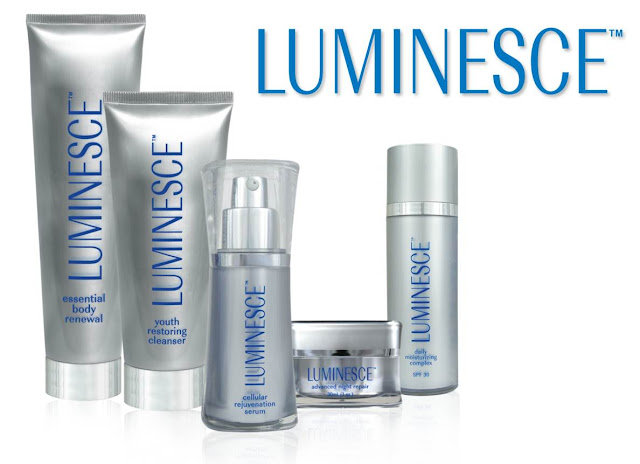 General Manager of Jeunesse Global Indonesia, Hari Utomo says, “We are very grateful and proud with the official presence of Jeunesse global business in Indonesia. Jeunesse’s products have been familiar in Indonesia only in the last 4 years, but like in many other countries where Jeunesse has made it to the top as the market leader, so is in Indonesia. We are very optimistic that Jeunesse’s potential to become the biggest player in the domestic network marketing industry is huge, this is fully supported by the business platform in combination of e-commerce, drop shipping system, networking and outstanding management as well as best products and business opportunities.

Meanwhile, the founder of Jeunesse, Randy Ray says, “Jeunesse is committed not only to always find remarkable scientific breakthroughs that can change life, take advantage from the technology advancement and find spirit to share outstanding inventions with all the people across the globe, but also provides an opportunity of entrepreneurship that can lift up the spirit and build a dream from the talented businessmen worldwide.” In addition, another founder of Jeunesse, Wendy Lewis adds that Jeunesse’s unique real-time online global business system that made use of the efficient latest technology and the high effectiveness of marketing relations that may turn a consumer into a smart global business person.


Jeunesse Global President of Asia Pacific & Middle East, Kanwar Bhutani, convey, "Indonesia is a country that has such a large market potential, so it is so likely to become the market leader in the Asia Pacific region." Meanwhile, Chief Visionary Officer, Scott A. Lewis highlights that Jeunesse is not the same old story of skin care and supplements. We are not the same old network model. Jeunesse is a global business that helps people reach their full potential in youthful looks, in healthy living, in embracing life. It describe themeselves as a Global Movement. Jeunesse combines breakthrough sciences in a product system that enhances youth by working at the cellular level. By focusing on the health, longevity, and renewal of cells, we help people enjoy vibrant, youthful results that last.

The business platform that is fully e-commerce has made possible for the Jeunesse marketers to do marketing activities beyond borders of countries and time, leaving out the necessity to visit a physical store or office. It has what is called by the dropshipping system (product delivery done by local suppliers) supported by distributor offices in over 30 countries ready to deliver orders to over 100 countries. Jeunesse is a French term for youthfulness. Since the beginning of its establishment the network business has received a very positive response as currently Jeunesse has already millions of marketers around the world, and over 100 thousand are in Indonesia. One of the proudest moments for Jeunesse is the global sales achieved at over US$ 1 billion in 2015. At present, Direct Sales Association, direct sales institution from the US has ranked Jeunesse at 18th position of 100 world’s best direct sales companies, and at 9th position out of the best 20 companies in the US.

About the People Behind the Success of Jeunesse Global

Wendy Lewis & Randy Ray
Wendy Lewis and Randy Ray is the founder of Jeunesse Global. They are CEO & COO of Jeunesse who has received many awards, one of them "Businessman of the Year" in 2003 and 2004. Randy alone has over 42 years of experience in the computer industry. and Randy industry directly involved with Multi Level Marketing (MLM) or Direct Selling (DS) since 20 years ago. In fact, he has served as Manager and NASA computer designer, responsible for the computer network and the responsible company ALPHA AMSC (Automatic Medical System Consultant).

While Wendy Lewis, a mathematician, psychology, and statistics graduate of the University of Pensylvania. Previous Wendy as President Director of AMSC. His career in the world of Network Marketing has also been 20 years. Began as a distributor undertaken with diligence and discipline. Even his love of work to make them continue to grow and succeed to become the owner of a Network Marketing company that has more than 500 thousand network of distributors in 215 countries.

Now Wendy Lewis served as Chief Operation Officer (COO) Jeunesse Global. Although it has been successful, the pair continues to create unique business opportunities for millions of distributors in various countries around the world. They remain focused on its mission to provide a meal and a decent living for children all over the world through the "Jeunesse Kids" which is a charity program that actively contribute assistance and fundraising, as well as participated voluntarily for ecological campaign globally to many countries in the world.

Kanwar Bhutani, President Jeunesse Asia Pasifik, Afrika & Timur Tengah
Kanwar Bhutani holds an MBA in Finance from New York University and a BA in Computer Science from Pace University. Kanwar has demonstrated a proven history of leadership. He has consistently established a clear, systematic growth strategy for businesses and has helped transform companies with declining sales into top earners. He delivers a wealth of experience and professional acumen into his role as President of Asia Pacific & Middle East.

Kanwar has led markets in some of the largest direct selling corporations today. In previous positions, he served as Vice President of Regional Sales in Asia Pacific, Managing Director of Indian Operations, and President of North America. His impressive track record has resulted in significant business turnarounds, the launches of successful compensation plans, and unprecedented growth. Having lived on four continents, Kanwar brings a unique cultural perspective and sensitivity to the Jeunesse business model. Kanwar channels his passion for people-centric roles by devoting his free time to non-profit throughout the community. He has served on the Board of Directors and was Secretary for the Boys & Girls Clubs of Central Florida which oversees 32 clubs and impacts over 13,000 children. He has also served on the Board of Trustees for the Osceola Medical Center.

Kanwar’s background has shaped his commitment to helping others change their lives through direct-selling businesses. He attributes his success to the people he is surrounded by daily, including his wife and two children, and is constantly inspired by the vision of his colleagues. 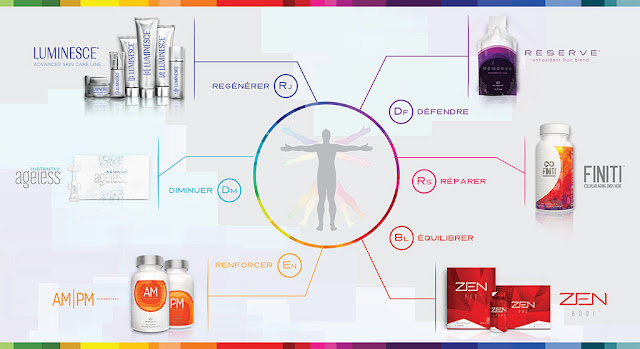 He is also the Director of the Plastic Surgery Center Internationalé and The Giampapa Institute for Anti-Aging Medical Therapy in Montclair, New Jersey. While he currently serves as a medical spokesman and advisor for Jeunesse, he has worked as a consultant for NASA in prior years.

Dr. Giampapa received his M.D. degree from Mt. Sinai Medical School in New York, New York. Additionally, he has completed medical training in plastic surgery and a year-long fellowship in microsurgery and hand at New York University Medical Center. He is a Fellow of the American College of Surgeons and a former Research Fellow for other prestigious institutions including Columbia Presbyterian Medical Center in New York City, New York.

Dr. Giampapa is a pioneer in his field. He is one of the first Board Certified anti-aging physicians in the world and internationally recognized as an innovator in new cosmetic and surgical techniques, and instrumentation. He is a founding member of the American Academy of Anti-Aging Medicine and served as the first President of the American Board of Anti-Aging Medicine. Dr. Giampapa has been awarded many patents from the United States Government for unique cell culture delivery techniques as well as new drug delivery systems and surgical instrument designs.

Dr. Giampapa is published in numerous academic journals, including Annals of Plastic Surgery, Journal of Plastic Reconstructive Surgery, Journal of Reconstructive Microsurgery, and Journal of Anti-Aging Medicine. He is the author of the first and only medical textbook on anti-aging medicine and age management for aesthetic surgeons. He has written five books, including: Breaking the Aging Code and The Anti-Aging Solution: 5 Simple Steps to Looking and Feeling Young. Dr. Giampapa has been featured in myriad national magazines, and radio and television programs, including CNN, WABC-TV, Fox News Channel, Geraldo, Joan Rivers, Phil Donahue, and Anderson Cooper.

Dr. Giampapa is published in numerous academic journals, including Annals of Plastic Surgery, Journal of Plastic Reconstructive Surgery, Journal of Reconstructive Microsurgery, and Journal of Anti-Aging Medicine. He is the author of the first and only medical textbook on anti-aging medicine and age management for aesthetic surgeons. He has written five books, including: Breaking the Aging Code and The Anti-Aging Solution: 5 Simple Steps to Looking and Feeling Young. Dr. Giampapa has been featured in myriad national magazines, and radio and television programs, including CNN, WABC-TV, Fox News Channel, Geraldo, Joan Rivers, Phil Donahue, and Anderson Cooper. 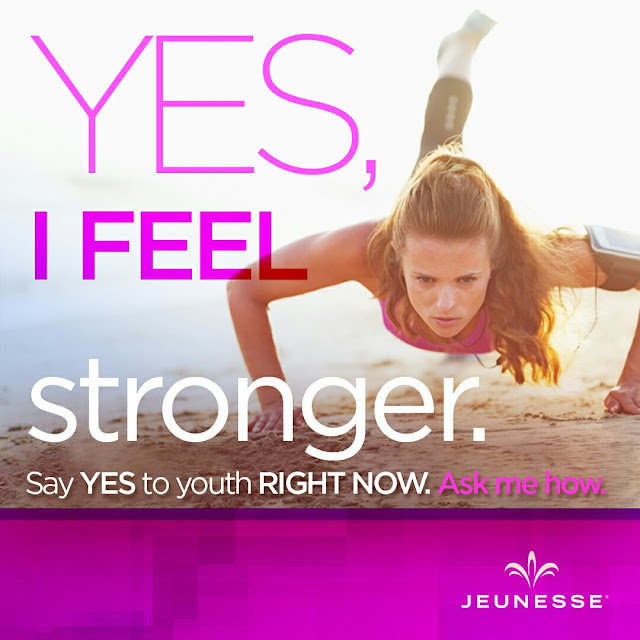