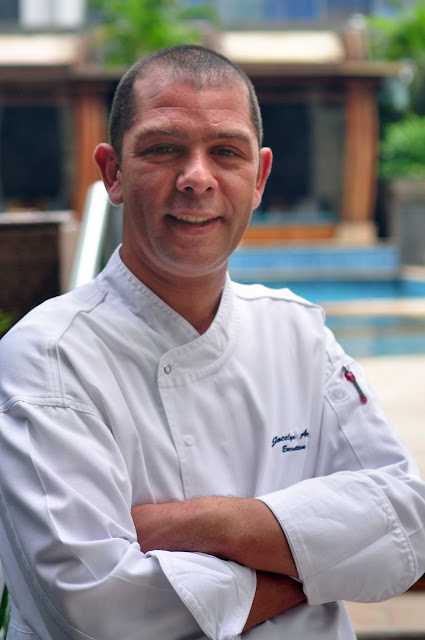 Passionate about food from an early age, Chef Jocelyn grew up watching his mother cook at home in his native Lyon, France. Upon leaving school, he started as a kitchen apprentice in a local restaurant and worked his way up through the culinary hierarchy.

During the formative years of his career, Chef Jocelyn had the privilege of working at several Michelin star-rated restaurants in Paris where he developed essential skills under the guidance of experts. His first overseas position was as a Sous Chef for a French restaurant in California, USA, marking the first of many exotic work destinations.

Chef Jocelyn relocated to St. Petersburg, Russia in 2006 to join an exclusive French restaurant that was famous for hosting VIP events. There he took on the position as Executive Sous Chef during the G8 Summit to cook for world leaders and high-ranking government dignitaries.

Another defining culinary role for Chef Jocelyn was working for the Royal Palace of Qatar. He was responsible for a team of 18 chefs in a French kitchen and handled prestigious celebrations, including a royal wedding. Chef Jocelyn later returned to the five-star hotel industry and joined Four Seasons Hotels and Resorts in 2011 with a two year stint in the Maldives.

Chef Jocelyn has a solid background in classic French cuisine, but he is also well-versed in many different cooking styles. He takes inspiration from each place that he visits and likes the whole creative process of perfecting new dishes.

Now at InterContinental Jakarta MidPlaza, Chef Jocelyn has taken charge of culinary services at the hotel. He will draw on his years of experience and meticulous eye for detail to review menus and bring a new lease of life to the hotel’s dining venues. He plans to introduce an exciting food concept that focuses on utilizing local produce and harnessing the talent around him. 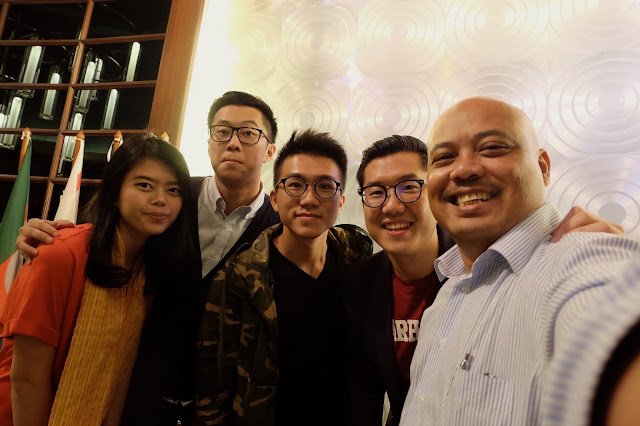 In his spare time, Chef Jocelyn enjoys touring and watching rugby. A big fan of Asian cuisine, he is looking forward to immersing himself into Jakarta’s vibrant dining scene. He also hopes to explore areas beyond the city and sample traditional street food. “We are delighted to have Chef Jocelyn on board, especially as we are about to relaunch our renovated Grand Ballroom with an exciting new culinary concept. His energy and expertise in the kitchen is just what we need to take the hotel to the next level,” comments Hendrik Eising, General Manager of InterContinental Jakarta MidPlaza.
Posted by Burhan Abe di Thursday, August 25, 2016