Six of the Best in Eventful New Zealand 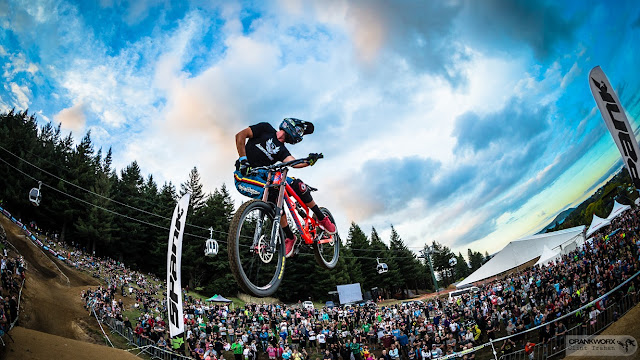 Six months, six regions and six very different events ought to have visitors throwing the dice to help decide their travel plans to New Zealand over spring 2016 and early 2017!

Wellington’s World of Wearable Art show is first up in a diverse half dozen happenings that you will only ever experience in New Zealand.

From cycle racing through the Central North Island’s geo thermal marvels, marathon running around Queenstown’s stunning alpine lakes region, teeing off in an international golf open at one of the world’s most scenic courses to festive wining and dining in Hawke’s Bay’s most famous wineries ... New Zealand is an eventful place where a standard occasion becomes a stand out event thanks to out-of-the-ordinary venues and a creative, “can do” Kiwi culture. 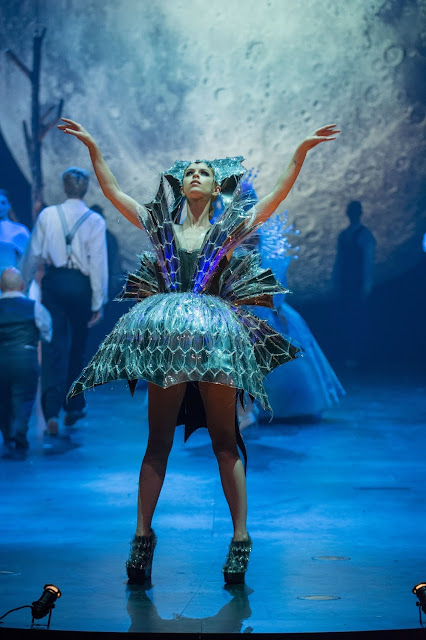 Quite simply, there is only one word that can sum up this event and that's ... WOW. The World of WearableArt (WOW) is a spectacular stage show best described as “mardi gras meets haute couture". And, the only way to fully understand the concept is to see the show yourself and marvel at the creative genius of Dame Suzie Moncrieff, the woman who came up with the unique idea of taking art off the wall to adorn the human body.

Now staged in Wellington, New Zealand’s capitalofarts and culture, WOW has become an international design event attracting established designers and new talent from around the world. The 2016 awards show features 133 designs from 260 entries with a 50/50 split between New Zealand and the rest of world including Australia, China, Germany, India, Japan, Mexico, Netherlands, Russia, Taiwan, Thailand, the United Kingdom and the United States. The prizes include internships with WETA Workshop in Wellington and Cirque de Soleil in Canada. 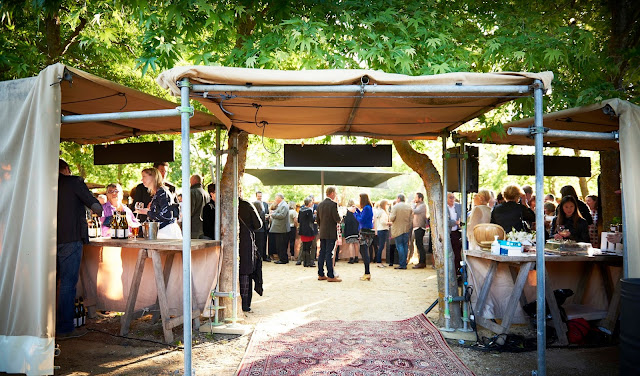 Set in one of the southern hemisphere's most productive regions, the FAWC Summer series is a delectable slice of regional New Zealand that will celebrate its fifth birthday this November. Along with the fine full-bodied red wines that consistently attract international recognition, the Hawke's Bay region - on the eastern coast of the North Island - produces everything from lamb and beef to seafood, dairy, stone fruit and olives making it a perfect spot to host a food and wine festival.

Rather than a one-stop destination experience, FAWC is a 10-day festival packed with 80 events that play out across the entire region ranging into vineyards, country estates, olive groves, markets and dining establishments in the gorgeous Art Deco cities of Napier and Hastings. There's a culinary experience for everyone from exclusive dinners with the winemaker to long lunches al fresco and picnics. Spread your picnic blanket on the grass, then put your picnic together as you meet local producers at the Hawke's By Farmers' Market. Dine inside and out in lovely surroundings with food that will satisfy all your temporal desires.

FAWC! Food and Wine Classic is a seasonal event held twice a year in Hawke's Bay. Tickets for Summer FAWC 2016 are on sale from 4 September. There are 8000 places for 50 events with ticket prices ranging from cooking classes to vineyard picnics, beer appreciation days and themed dinners of all descriptions. 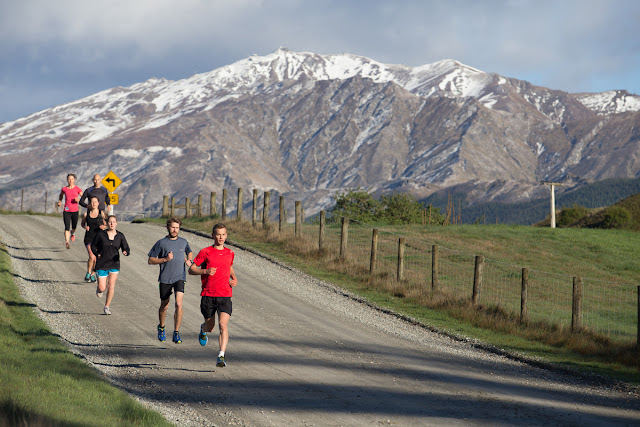 The Air New Zealand Queenstown Marathon has quickly become one of the world’s must do marathons. The marathon’s tag line is ‘Flat Out Beautiful’ and it is just that, an undulating course starting in the historic gold mining town of Arrowtown, passing by rivers, lakes and striking alpine scenery non-stop all the way to the finish line in Queenstown.

The course is a mix of road and trails. Most of the off-road sections are held on the ever-expanding New Zealand Cycle Trail network. Not only are the trails easier on the knees, they offer the perfect post-marathon recovery ride. So rent a bike the following day and cruise the trails around the Wakatipu basin.

Last year the event sold out of race entries and had a large international contingent in the starting line-up. It would be wise to put personal bests aside for this one and just cruise along the incredible trail and soak up the scenery.

In only its second year, The Pioneer MTB Race has already made a name for itself as a top mountain bike event. The inaugural race across private farmland amongst some of New Zealand’s best scenery was a huge success. The course runs from Christchurch to Queenstown following the footsteps of some of New Zealand’s earliest pioneers.

Competitors will enjoy traditional Kiwi hospitality at each stopover in the event villages set up daily in breath-taking locations. The course follows two of New Zealand’s Great Rides, the Alps 2 Ocean Trail and the Queenstown Trail as well as racing through more than 30 privately-owned properties, gaining access to parts of the country few have had the privilege to explore. Twenty per cent of the 2017 course is new to the event and covers 549kms of back country New Zealand.

While the ride is challenging, the reward is worth it as riders cruise along ridgelines with incredible views of the Southern Alps as they make their way to the adventure tourism capital Queenstown. In order for as many people as possible to get a taste of The Pioneer, the race will open and close with participation races of varying lengths for social riders of all age groups. Competitor numbers are limited so enter early to avoid disappointment. 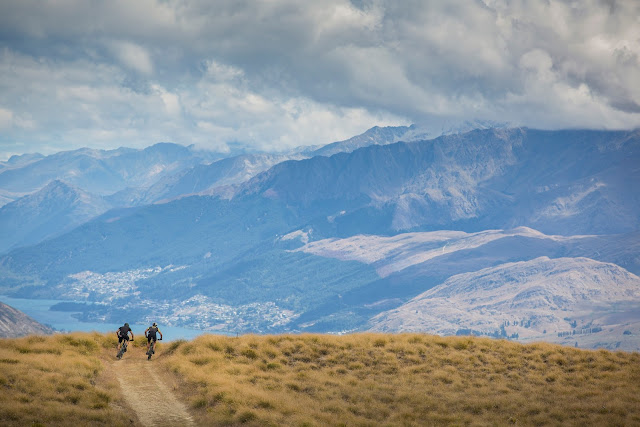 Mountain biking continues to grow in popularity in New Zealand as a hobby for locals and an adventure activity for tourists. Crankworx can certainly take some of the credit for that and in 2017 the global event will return to Rotorua for the third time.

Crankworx sees the best of the best in mountain biking battle it out in downhill, slopestyle and endurance events over five days of competition, concerts, and mountain bike culture. Rotorua’s Gravity Park is one of New Zealand’s best mountain biking facilities and the first year-round gondola assisted bike lift.

With events in Canada and France, Crankworx is truly an international event and Rotorua’s geothermal landscape makes it a unique environment for the athletes to compete in. 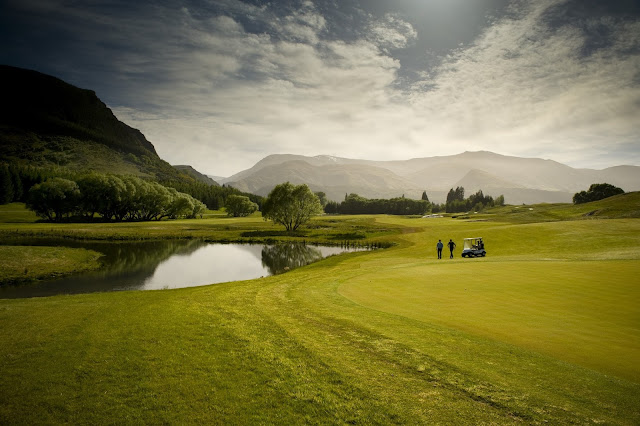 Teeing off early March 2017, the annual ISPS Handa New Zealand Golf Open will be played across two of Queenstown’s best golf courses, Millbrook Golf Resort and The Hills with the former as the premier host.

The Hills sits in a picture-perfect setting of a glacial valley surrounded by snow-capped mountains. Not only one of the most dramatic golf courses in New Zealand, The Hills is also one of the most challenging. The venue is as much a destination for spectators as competitors and is lauded by those who have played it before.

The Southern Alps provide an incredible backdrop to the rolling fairways and manicured greens. The New Zealand Open has the perfect home in Queenstown as the region boasts some of the country’s best golf courses including Jacks Point and the rustic Arrowtown Golf Course.