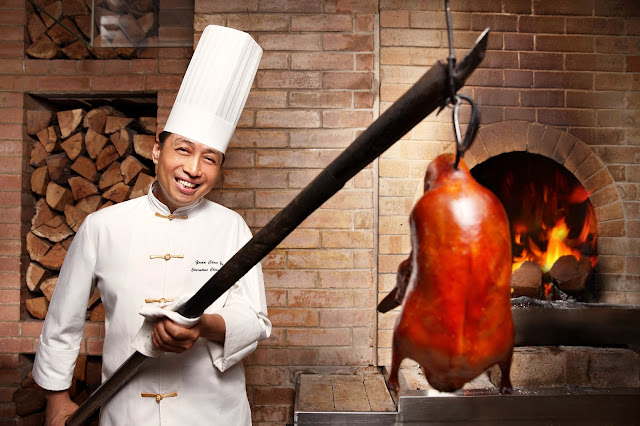 Chef Yuan uses the finest-quality farmed duck and hang grills it to provide a thick, crispy melt-in-the-mouth experience. With over 35 years of experience, Chef Yuan invites guests to indulge in the Ya Yuan Peking Duck style, along with Chinese pancakes and buns, traditional condiments and his signature home-made duck sauce. 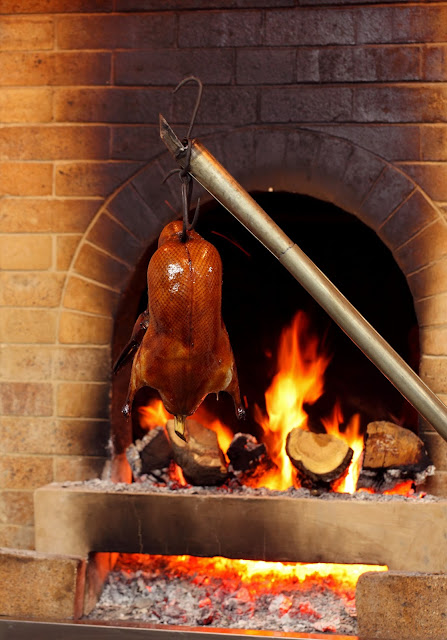 About Ya Yuan Peking Duck
Existing since the South-Song dynasty, the Ya Yuan Peking Duck dish was originally named Zhiya. By the Ming dynasty, it was featured as one of the main dishes on imperial court menus. Containing protein, natural fat, carbohydrate, calcium, iron and vitamin B, duck meat is very nutritious and is a popular choice for those who wish to eat healthy food.

The 2.5-kilogram Beijing duck selected from Jinxing Duck Farm is the guarantee of the authenticity and tastiness of Ya Yuan Peking Duck. Authorised as the only raw ingredient, Beijing duck is fed in a special way for the quick accumulation and balanced distribution of lean meat and natural fat. This ensures that, after 70 minutes of roasting, the finished duck is thin, crispy and tender with a fine claret colour.

The traditional ‘hang-grilling’ method of duck roasting dates back 150 years, and Ya Yuan Peking Duck is carefully prepared through an intricate process of gassing, cleansing, scalding, coating, airing and water filling. Every part of the procedure is strictly monitored and carefully undertaken by experienced chefs. In terms of scalding and airing, for example, it is critical that the chefs master the soaking time of the duck in the boiling water and the airing sequence to maintain the duck’s even and well- rounded shape, as well as achieve a crispy taste.

Ya Yuan Peking Duck adopts the use of jujube wood for duck roasting, a tradition that dates back more than 100 years. While heated, the wood gives off a clear and scented smoke that envelops the entire duck; the heat from the strong fire radiates to the top of the custom-made oven and then goes back to the duck. The fire hole is blocked by three red bricks to provide a fair and even roasting.

After 70 minutes, the finished duck is delicately sliced into breast, leg and head portions ready to be served separately. The head is cleaved from the middle, and topped with two fillets. From the head to the leg, the entire duck is presented to the guests.

The roasting and the sale of the duck are seamlessly connected and recirculation of the finished duck is strictly forbidden. Duck slicing usually takes six to eight minutes, with each piece sliced in a willow-leaf shape, 5 centimetres long and 0.2 centimetres thick. The duck is served with condiments, such as lotus-leaf-shaped pancakes, shao bin, spring onions, cucumber sticks, garlic sauce and sugar. 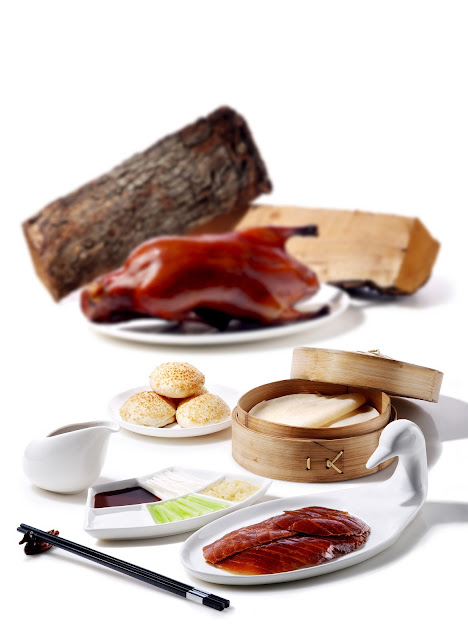 About Chef Yuan
Chef Yuan Chaoying has been in the industry for almost 40 years and is a maestro in kitchen operations, especially duck roasting. Prior to joining Kerry Hotel, Beijing, Chef Yuan worked for Quanjude and Ya Yuan Roast Duck Restaurant at City Hotel. During that time, Chef Yuan trained at the Beijing Institute of Nutrition Delicacy for one month and at the Beijing Industrial Technician College for three months. He also attended manager training classes held by the Chinese Cuisine Association.

Chef Yuan joined Kerry Hotel, Beijing in August 2011 and has been promoted to the Beijing area executive Chinese chef overseeing several hotels in the setup of offering authentic Peking Duck at the Chinese restaurants.

He has also participated in several culinary communication and exchange in Japan, Germany, the Philippines, Hong Kong, Taiwan and Paris, through which he has presented authentic Roast Duck to the world. He was also privileged to have served several iconic political figures and world celebrities.

In his desire to carry forward the Ya Yuan Peking Duck tradition, Chef Yuan innovates while keeping the essence of traditional Chinese cuisine.