Security, between threats and opportunities 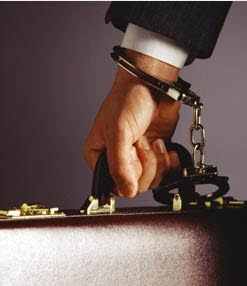 If you are a Jakartan then security checks on cars and visitors are nothing new to you every time you enter a hotel or a prestigious office building such as the Jakarta Stock Exchange (JSX) building. Even the tenants of these buildings have to use special ID cards. This type of security system is used to check each person entering the JSX building at each entrance.

The JSX building is one of the top three most expensive buildings in Jakarta today and is home to the offices of the World Bank, Microsoft, oil companies and of course the Stock Exchange itself where the trade in stocks has an impact on the country's economy and finance.

What should be noted is that since the wave of terrorism, internationally and domestically, good security has become essential. Business tends to mean very little these days without the availability of professional security.

Indeed, sophisticated security and detection equipment as well as high standards of security systems do not automatically guarantee an absence of terrorism. Therefore, early detection and sophisticated preventive measures are needed to minimize terrorists' opportunities to strike. Early detection should be practiced not only by law enforcers, but also by every citizen.

Not all building or office managements can make available the required security equipment or officers. That is why security providers are needed, especially with Jakartans having grave concerns about security. Even without acts of terror in the city Jakartans have long felt insecure in the city. This concern is the basis of the businesses that provide security.

They offer various security products and services. Based on permits issued, the National Police recognize six types of private security businesses, namely security consultancy, providers of education and training in security, suppliers of security guards including body guards, providers of security equipment, for example weapons, alarms and bulletproof vests, providers of guards for cash in transit, and Search and Rescue teams.

There are at least 75 companies in Jakarta that provide such services, with each company having its own specialization. Bravo Humanika Perkasa was set up in 1999 and hires out security guards that are trained based on the police curriculum. But that is not all that is needed from a security guard. A manager of the company said that clients have become more demanding. "Like when one television station asked for handsome security guards," he said with a laugh.

Understanding the needs of clients is of paramount importance, which is why many security companies also provide cash in transit security. In fact, a number of security companies only deal in this sector, such as Securicor, Transnational and Tunas Artha Gardatama. The latter company also provides security services for delivering cash from banks to customers or from customers to certain places. Included is the payment of employees, filling ATMs with cash, which is double checked for the correct amount according to the standard set by the Bank Indonesia.

Previously, many managers viewed security as an added cost, and as such kept the cost low as possible. However, the perception has since changed and now security is seen as an investment against loss prevention. That is why security companies are thriving, from the ones that provide basic and simple services to the ones that offer sophisticated services along with high-tech equipment. Secom, for example, not only provides security guards, but also security solutions that have been tried and tested for more than 40 years.

"Providing security is not only making available products or officers in uniforms but it is more about an integrated security service. It is an integrated system that comprises equipment and officers controlled through a centralized system that works 24 hours a day, seven days a week, including total supervision and patrols -- also 24, seven -- based on an accurate and tested Standard Operational Procedure," said S. Rahardja, president director of PT Secom Indopratama.

PT Indolok Bakti Utama provides an integrated security system and security guards. Established in 1972, the company's main product is Gunnebo. The company also provides high quality products and services that are acknowledged worldwide just like its slogan "for a safer world".

With the use of advanced technology the benefits also became greater. Connections between banks and customers became easier and almost instant, such as through ATMs, which have become inseparable from the world of banking. Banks also immediately started to rely on information technology for other transactions, such as opening new accounts, transfers and online payments.

The only snag is that such sophisticated information technology has to be accompanied by a quality security system. Security here covers many aspects, such as the physical aspect including access and entrance control, CCTVs, movement detectors, monitoring software and more specific matters like ATMs, cash deposit machines, safety deposit boxes, etc.

Certainly it is complicated taking care of a modern bank's security needs. But there is a short cut that is more efficient, that is using the services of a security system that satisfies every requirement. This is what is provided by Indolok Bakti Utama, the pioneer and highly reputable provider of security products and services.

Undeniably more companies now realize that outsourcing security services is to their advantage rather than hiring guards themselves. Therefore, in the future, more security companies are likely to join the ranks of Secom and Indolok, including brand new ones, foreign affiliates or expansions by existing ones, because the opportunities in this business are wide open. (Burhanuddin Abe)