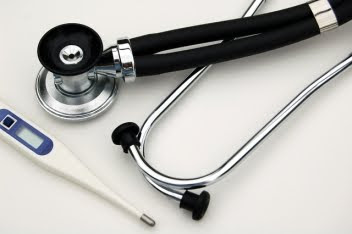 WHAT comes to mind when someone mentions Singapore? A shoppers’ paradise? Well, you are not wrong, as this city state is truly heaven for those who love shopping at favorite shopping hubs such as on Orchard Road and shopping centers like the computer trading center Funan DigitalLife Mall, Sim Lim Square, or Vivo City, which is the largest mall there.


But it is also not wrong to call Singapore a medical tourism destination. Many high ranking officials and rich people from neighboring countries come to Singapore for medical purposes. In 2000 the World Health Organization (WHO) recognized Singapore as having the best medical services in Asia and ranked the city state number six in the world.

Patient registration and complete information about hospitals in Singapore, including telephone numbers and email addresses, is available through International Patient Service Centres. The cost of medical services used to be regulated by the government but not any longer. However, they still abide by guidelines provided by the Singapore Medical Association.

Singapore is well known for its reliable, experienced doctors and sophisticated hospitals. One of the international standard hospitals is Novena Medical Center, which is located above the MRT Novena Station next to Tan Tock Seng Hospital. This medical center is strategically located right in the heart of upper class communities, office buildings, modern malls as well as various health and medical centers with complete facilities, such as Tan Tock Seng Hospital, National Neuroscience Institute, Thomson Medical Centre, National Skin Centre and KK Women’s and Children’s Hospital.

Novena Medical Center encompasses a 140,000 square feet area with 145 medical rooms and is conveniently connected with Tan Tock Seng Hospital through a covered pedestrian bridge. Collaborating with a number of major hospitals Novena Medical Center provides its patients with the services of expert, multi disciplinary specialists to ensure the most complete, efficient and effective service.

Novena said in a statement that Novena Surgery is the first 24/7 surgery facility within the Singapore private medical sector to offer modular operating theaters with cable-less pendant systems, allowing surgeons to operate free of stray wiring and obstructions. “Our endoscopy suites are equipped with the latest bronchoscopes, GI endoscopes and high definition camera-video systems that offer unprecedented clarity,” the hospital said, adding that a mini-view X-ray machine facilitates accurate placement of surgical implants.

Not only patients from neighboring and developing countries come to Singapore. For some time now patients from highly developed countries have been frequenting the city state for medical treatment. This is because medical expertise and state of the art equipment are no longer the monopoly of a few highly advanced countries. On top of that the cost is much lower in Singapore than say the United States, for example. High quality affordable medical services have attracted numerous patients to Singapore as well as several other Asian countries.

Malaysia is one such country. For years it has enjoyed high revenue from foreign patients. The Malaysian Hospitals Association estimates that this sector will contribute as much as Rp 1.78 trillion in 2010 from about 625,000 foreign patients.

According to Eugene van de Weerd, country director of Frost & Sullivan Indonesia, medical tourism provides a significant contribution to the economy of a number of Asian countries and it is an important component in the planning and developing of the country’s medical service. “The market value of this business in Asia generally or particularly in Singapore, Malaysia, Thailand and India was about US$3 billion from 2007 to 2008 and the figure will increase to $4.4 billion by 2012,” said Weerd in a press release.

In view of this fantastic potential it is not surprising that Singapore is aggressively developing its medical tourism potential. The obvious plus point is that the country’s medical facilities are acknowledged as the best in Southeast Asia. The government along with the hospitals is continuously striving to make breakthroughs and further developments in medical research.

The main question is why Singapore? Many countries recognize the superior medical facilities both at the government and private hospitals which have sophisticated equipment and highly experienced doctors. Most hospitals in Singapore have become a benchmark in the ASEAN region and thus, have given Singapore a leading image in this sector.

Based on all these factors Singapore is well prepared to maintain its position as the region’s best center for medical treatment, especially for patients coming from ASEAN member countries while its facilities and reputation have also attracted patients from other countries. The patients who receive medical treatment here acknowledge that such high standard equipment, specialists and efficient as well as effective service are difficult to find elsewhere.

The country has a huge number of specialists and supporting medical personnel plus the latest diagnostic facilities. The rates are on a par with or lower than the rates in developed countries. The facilities and expertise available at both government and private hospitals in this city state are equal. (Burhan Abe)