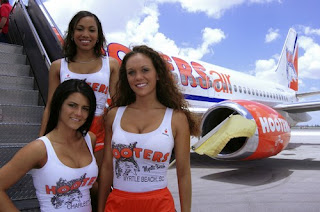 STIFF competition among airlines is indeed unavoidable these days. Leading airlines, which used to enjoy brisk business, now have to reorganize and revamp their business in order to survive, especially in view of the regional open sky policy coming into effect in 2015. The sad fact is that a number of airlines have gone bankrupt in recent years. In 2008, 32 ceased operations while in 2009 no fewer than 26 went bust. 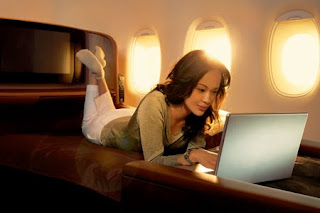 Another gloomy note is that some airline companies have had to merge in order to survive; for example Delta with North

west, United with Continental, American with US Airways, Frontier with Midwest, Lufthansa with BMI, British Airways with Iberia, Vueling with Clickair, Avianca with TACA, Spirit Airlines with Air Jamaica, China Eastern with Shanghai Airlines and possibly Ryan Air with Aerlingus or Delta with JAL.

So what has gone wrong? We can ask the same question about the sinking of the Titanic. What really happened that caused the gigantic ship to sink? Did it run into an iceberg? Or was it carrying too many passengers? Or was the captain incompetent? Or was the ship’s construction faulty? Or was the crew substandard?

It could have been a combination of all these things. As a matter of fact, the entire world has undergone drastic changes spurred by new economic and global influences. People are changing and so are cultures. Likewise, airlines are experiencing huge changes.

Realizing this, Garuda Indonesia, for instance, keeps introducing changes. Even more so because previously Garuda Indonesia enjoyed a monopoly on the business here in Indonesia, but since early 2000 changes have occurred. On the domestic level, Garuda has to face competition from private airlines, such as Lion and Wing, while globally AirAsia is one of its aggressive competitors.

Therefore, to spoil passengers Garuda has launched “Garuda Indonesia Experience”, which is a service concept based on well-known Indonesians friendliness to boost its service level to a four-star rating. “This is our new service concept that combines friendliness that is uniquely Indonesian with safety and comfort aspects like clean toilets and larger passenger seats,” said the general manager of the Garuda Indonesia Medan branch, Muchwendi Harahap, as quoted by medanpunya.com.

Apart from that, said Muchwendi, specifically Indonesian cuisine is efficiently presented by the company’s professional human resources. “In short, we are a full service airline,” said Muchwendi, adding that Garuda plans to enhance its service to a five-star standard by 2012.

Indeed, full service airlines have to work harder than low-cost carriers, because service has to be a top priority, not price. That is exactly what Qatar Airways is doing. Headquartered at Doha International Airport, Qatar Airways currently flies to 75 international destinations and is one of five airlines in the world that has been awarded five-star airline status by Skytrax. Qatar Airways is a member of the Arab Air Carriers Organization.

Qatar Airways was established on Nov. 22, 1993 and commenced operations on Jan. 20, 1994. Initially it was owned by the royal family of Qatar, but in April 1997 a new management headed by Akbar Al Baker took over the running of the airline.

SIA is known worldwide as an airline that consistently maintains its reputation. “We always come up with service for our passengers that is not only good but the best,” explained Yap Kim Wah, senior vice president product and services SIA.

Almost every month this icon of Singapore receives awards. With numerous innovations as well as the commitment of its management, the airline, which was set up in 1972, soon turned into a world-class carrier that serves almost 100 destinations on five continents. As part of Star Alliance, SIA has an even wider reach, with the alliance offering more than 19,700 flights every day to 1,077 destinations in 175 countries.

Undeniably, the mushrooming low-cost carriers, which offer cheap tickets, have had a negative effect on the business of full service airlines. Therefore, in preparation of this, some time ago SIA launched its second brands, SilkAir and Tiger, while SIA itself sticks to its number one service. “Constantly redefine the travel experience and continue the pace of innovation, that is a hallmark of SIA,” said Yap, who joined SIA in 1975.

According to Yap, in the 1970s SIA became the first airline to provide free headsets, free drinks and a selection of food in its economy class. Not long afterward, SIA was also recorded as the trendsetter for various services, namely: it was the first airline to fly London-Singapore non-stop (1984), it was the first to have in-flight telephones (1991), it was the first to launch in-flight trial of e-mail (2001), first to launch audio and video on demand in all classes (2001), world’s longest non-stop flights (2004) and was the launch customer for the A380 (2007).

Service is top priority for full service airlines. Also important are the innovations in service, for example television and games for long-haul flights (eight to 10 hours) so that passengers, especially children, do not get bored. Commitment to continuous quality improvement is a must in today’s competitive era, otherwise an airline’s performance plummets and it’s reputation suffers, which leads to a decrease in the number of its passengers. (Burhanuddin Abe).