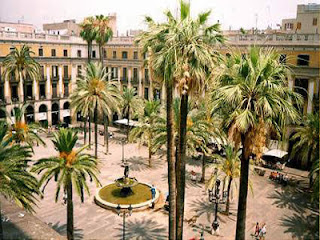 Do you have a lot of money? Then buy an apartment. Really. Many predict that after housing complexes, the apartment sub-sector has very high prospects."Interest rates are going down. If I don't take the chance now, when then? Obviously, there is a big opportunity for big gains now," said a professional who had just purchased a two bedroom apartment in Permata Hijau, Jakarta.

It is true that there are predictions of a huge number of apartments entering the market this year. Several developers are offering unique and attractive products in order to compete in this increasingly competitive market. Their services include making available facilities that are linked to other property products, therefore leading to the emergence of what is referred to as mixed-use properties, to putting up environmentally friendly apartment towers.

According to property consultant PT Property Advisory Indonesia (Provis), condominium projects that were completed in the fourth quarter of 2007 are Capital Residence and Pacific Place in the SCBD, The 18th Rasuna in Kuningan and Tower C of Mediterania Marina in Ancaol. The total supply of strata title condominiums in Jakarta in the last quarter of 2007 stood at 58,553 units. In addition, five other condominium projects have been launched, namely Condo House and The Premiere as part of the construction of Thamrin Residences in the Thamrin area, Lavender Tower of Royal Mediteranea Garden in Tanjung Duren, Tower B of Permata Hijau Residences in Permata Hijau and Kebagusan City in Kebagusan. These five projects will see an additional 28,614 condominiums on the market in coming years.

Jakarta has witnessed an extraordinary increase in the number of apartments. According to some property analysts, now is the right time to buy an apartment. Logically, when interest rates abroad drop, many people withdraw funds deposited offshore. When interest rates at home go down, investors eye apartments as an attractive investment option.

Whether an apartment is bought as a home or as an investment it is still worth living in given that the roads are become increasingly congested and commuting into the city from the suburbs usually takes a long time. "There is a trend among people living in landed houses in the suburbs to migrate downtown and live in apartments. They want to be close to their places of work or business," said Albert Luhur, marketing manager of The Summit in Kelapa Gading.

Research conducted by Provis shows that apartments in the CBD areas in Jakarta are generally in the price range of Rp 12.9 million/m2, while upper- to middle-class apartments located outside a CBD area are about Rp 12 million/m2 in price. Interestingly, although the market price of a house is more or less the same as that of an apartment, for long-term investment, rent on an apartment is higher than that on a house. The highest rate of return on a house is 3.5 percent while that on an apartment may be more than 10 percent, which is still less that the interest rate on a time deposit.

Indeed, there is no general formula for investment in apartments. One individual may differ from another in this respect. Therefore consideration must be made case by case. There are several tips, however, that can be used as reference when investing in an apartment.

First, just like choosing other forms of property, you must consider the location. Many people look for a location close to a business center. Likewise, an apartment should enjoy easy access to other facilities. Many expatriates stay in apartments. If you plan to rent out your apartment, study which areas are popular among expatriates. Expatriates from the U.S., Europe, Australia and Japan are usually willing to spend more on rent than those from Korea, Singapore and Hong Kong.

Second, look at the facilities available, in terms of either type or size. Facilities that should be given more attention include sports facilities, restaurants and cafes, swimming pool, parking area, garden, lifts and generators for emergency purposes. Remember that it is not enough that these facilities are available -- also take into account their size, area and quantity.

Third, the reputation of the developer. A noted developer with a good construction track record has more credibility. Likewise, the experience of a developer is also reflected in the quality of the apartment, particularly with respect to rooms like the bathroom, toilet and kitchen.

Sixth, the amount of money needed to be invested in the property. Make sure that you have enough money not only to purchase the apartment but also to buy everything for the interior that suits your taste. Find out what the developer supplies, such as kitchen set, stove or air-conditioning so that you know how much you will have to spend overall.

Last but not least, make sure that the developer has the necessary documents for the construction of the apartment building, for example a permit stating that an apartment building may be erected in a particular location, a block plan, a preliminary permit, a building permit, a land certificate as well as papers proving the developer has financing for the construction. Make sure that you buy only an apartment with a clear land status as otherwise you could end up with problems further down the line. (Burhanuddin Abe)