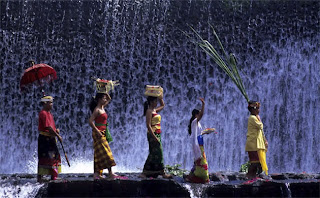 BALINESE believe that naming a child can affect a child’s life. On the baby’s 12th day, the extended hold a special name-giving ceremony called ngerorasin (originating from the word ‘roras’ meaning ‘twelve’ in Balinese). They consider several factors, including the child’s sex, caste, clan, birth order and the parents’ choice. The most common birth order naming system is the 'Wayan - Made - Nyoman - Ketut' cycle. If the family has more than four children, then the cycle begins again, with a different personal name.