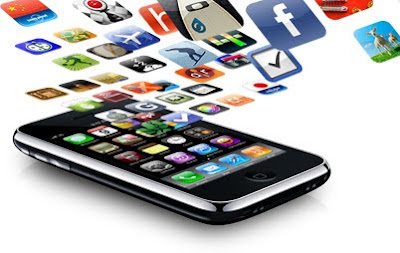 AGUS Majidi sighed with relief when he finally got his own Internet connection. As a university student, he was pleased that he would no longer have to go to an internet kiosk (warnet) but could now use a CDMA modem, Venus VT-12, to surf the Net from his lodgings.

Today, not only Fren but also other operators are involved in the data communication business. Although some companies do not find the business too profitable, it is growing at a rapid pace.

As a result, data usage has shown an increasing trend over the past year. However, he admits that at peak hours, such as lunch or dinner time, the network experiences some connection trouble or delays at several locations. That is the natural tendency of wireless connections, either CDMA or even GSM, in that the network becomes congested during peak hours when there are many users.

Information data communication is a process of sending and receiving data and information from two or more devices, such as computers, laptops, printers or other communication devices, which are connected within a network, both either on local or on a wider network, like the Internet.

Meanwhile, data communication via satellite usually covers a larger area and can cover areas where it is not possible to construct terrestrial infrastructure, although it takes longer for the communication process. The weakness of the satellite type is disturbance from sun radiation (sun outage). The worst disturbance occurs once every 11 years.

The main problem with both types of data communication is limited bandwidth, which of course can be expanded. Access through satellite usually experiences a propagation delays so terrestrial infrastructure has to be built to strengthen it.

With all the plus and minus points, all operators offer various attractive packages. Telkomsel, for instance, offers a package called Telkomsel Flash. Using a slogan offering unlimited use, customers are rushing to switch to the Telkomsel package, which has a daringly low rate, starting from Rp 125,000 with data access up to 256 kbps for the first 3 GB. The balance of the "unlimited" offer is up to 64 kbps.

Telkomsel also has an economical data package that can save customers up to 80 percent of the normal rate. This operator is offering a Rp 150,000 package for 5 MB that is valid for one week. This Bridge DataRoam service is the result of cooperation between Telkomsel with its member operators, namely Airtel (India), AIS (Thailand), CSL (Hong Kong), CTM (Macau), Globe Telecom (Philippines), Maxis (Malaysia), SK Telecom (Korea), SingTel Mobile (Singapore), SingTel Optus (Australia) and Taiwan Mobile (Taiwan). "We offer customers this service because there is a need for incidental use of data service in the Asia Pacific region," said Telkomsel corporate communications manager Suryo Hadiyanto.

This service can be used abroad as required for data access, for example for BlackBerry, email, chatting, browsing and downloading. The economical 5 MB package can be used for 100 emails and 500 WAP pages. Apart from the weekly package, Telkomsel also has monthly packages, 15 MB for Rp 280,000 and 40 MB Rp 560,000. The international data roaming rate has been simplified into seven country zones without time band. Besides applying the NRTRDE (Near Real Time Roaming Data Exchange), it is a real time system for information dispatch during international roaming communication.

Meanwhile, PT Excelcomindo Pratama Tbk (XL) is no less innovative with its internet access service. Its latest unlimited access is available for prepaid and post billing XL customers within Greater Jakarta (Jakarta, Bogor, Depok, Tangerang and Bekasi). Ari Tjahjanto, GM Internet and Data Services XL, said the company's unlimited XL internet access meets the requirements of its customers. "We released a similar package in May 2009 and received a positive response," he said.

PT Indosat Mega Media (IM2) was the first operator to offer Internet access. And, just like for cell phones, its 3.5 G unlimited prepaid internet access is available through vouchers. Its customers can enjoy high speed access of 256 Kbps with a usage volume of 2GB. The access speed will decrease to 64 Kbps with an unlimited usage volume. The IM2 initial card (Kartu Perdana) costs Rp 250,000 including a Rp 125,000 voucher for unlimited internet access for one month.

IM2 is quite innovative as this month it launched Paket Asik (Enjoyable Package), which is a bundling modem internet broadband 3.5G package with starter pack IM2 Broom, Classic feature, which includes a 20 percent credit bonus. The bonus offer is valid until Dec. 31, 2009. "While other operators are cutting down their customers' quota, IM2 on the other hand is offering more in its Paket Asik. The credit bonus is available when customers recharge their cards," said Indar Atmanto, president director of IM2.

Customers of Paket Asik get a 3.5G internet broadband modem and starter pack with initial credit for as much as 20MB. This quota can only be used after the customer recharges his card with Rp 50,000. After recharging with a credit bonus of 20MB, the total available credit volume becomes 120 MB. Later, every time the customer recharges his or her card by Rp 50,000, there will be a credit bonus as well, which will not extend the validity date.

However, the war among operators is not over yet as each, both CDMA and GSM, will come up with its own effective strategy to lure more customers. If the war proves to be fair and not just a gimmick, then customers will finally profit from it as the rates of data access will become lower and more affordable for many. (Burhanuddin Abe)