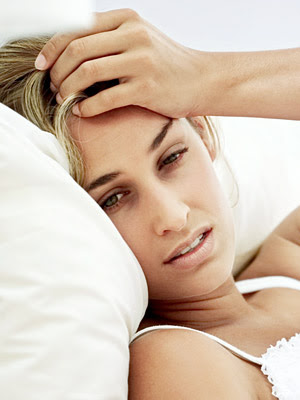 UNCERTAIN or changing weather conditions are often a prelude to a flu epidemic. Symptoms include a runny nose, watery eyes and fever. For the past few years a number of countries such as England and Belgium have been attacked by a flu epidemic.

While in Europe it is caused by cold weather, in tropical countries where there is no winter season, the often deadly disease is rampant. In fact it is not a new disease as years ago there was a serious flu epidemic in the United States causing a death toll of about 40 million people in 1918; the worst case ever documented.

This means that a fifth of the world’s population died due to flu, most in the 20 to 40 age bracket. This is weird because usually the epidemic kills children, old people and those with serious health problems. Another shocking fact is that many US soldiers involved in the war in Europe died not because of the war but due to influenza. While the United States was hit the hardest by flu in the same year the epidemic swept other parts of the world, such as North America, Europe, Asia, Africa, Brazil and Spain.

The flu virus named H1N1, which spread among humans was a mutation of H1N1 bird flu. It experienced an antigenic drift to become the most pathogenic strain for humans killing millions more than the victims of World War I which had almost ended at the time. Flu victims in Indonesia were almost one million at the time.

That’s why in a number of countries in early 1919 everyone had to wear a face mask to reduce the risks of flu contagion. Funerals had to be completed in 15 minutes to avoid a gathering of people through which the virus could spread. Train passengers had to show a health certificate indicating they were in good health before they could buy a ticket.

The world has never experienced another flu epidemic on a scale similar to the one during 1918-1919. Now we know more about the flu virus and its prevention is based on their experience. In 1957 the United States and other parts of the world in Asia also experienced a flu epidemic. This Asian flu came from North China and was caused by the H2N2 virus strain, which was again believed to be a transmutation of bird flu and the existing human flu virus.

The death toll — almost one million — was not as many as the one during 1918-1919 due to the advanced production of vaccines. Next was the Hong Kong flu in 1960, caused by the H3N2 virus strain which was not as vicious as the other previous two, but spread in Hong Kong, India, North Australia, Europe, California, Africa and South America.

Dr. Richard Shope from the United States was the first to introduce the terminology “swine flu”. In 1932 he wiped the snot off pigs’ noses and succeeded in spreading the virus to other pigs.

He proved that the people who survived the Spanish 1918-1919 flu epidemic (after World War I) had antibodies against the pigs’ virus, but the children born after 1920 did not have such antibodies. So, he concluded that the Spanish epidemic was caused by the “swine flu virus”.

At the end of April 2009 the world was shocked by a swine flu epidemic in Mexico with a high death toll. By April 27, 2011 Yahoo! News reported that almost 2,000 had been infected and 149 had died.
CDC in the United States reported 40 cases, namely in New York, Ohio, Kansas, Texas and California, while there were a total of 73 cases in the world, including six in Canada, one in Spain and two in Scotland. There is apprehension that the number will keep increasing as there are no signs that the attack of the vicious virus will end.

In view of the situation WHO has upgraded the alert to phase four which means a possibility of virus contagion in any one country. After a few days the status is raised to phase five, which means contagion between humans in two or more countries within the WHO authorized areas. Hopefully the alert status will not go up again.

However, according to Laurie Garrett, some flu experts predict that the “swine flu” virus will occur in a 90-100 year cycle, which means the 1918-1919 one is predicted to occur in the 2009-2019 period. Just be prepared, “bring along an umbrella before it rains” as the local saying goes. Take good care of your health before the flu epidemic really attacks. (Burhanuddin Abe)