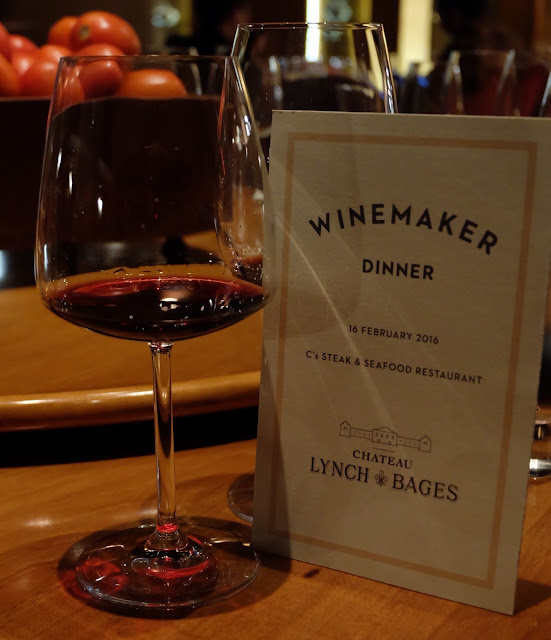 Take a break in the middle of the week, I join the Winemaker Dinner with Jean-Michel Cazes at C’s Steak & Seafood Restaurant, Grand Hyatt Jakarta, Tuesday, 16 February 2016 It’s an unforgettable experience with an exquisite selection of Chateau wine paired with an exceptional five-course menu especially designed by the chef. 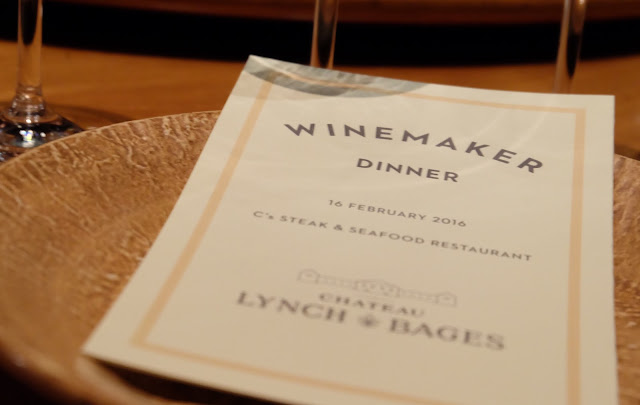 Jean-Michel Cazes
Jean-Michel Cazes (born 25 March 1935 in Bordeaux) is a French winemaker and insurance executive. He managed the wine holdings of AXA Millésimes until 2000, the family insurance agency, and the Cazes family estates until 2006. He is the son of André Cazes and grandson of Jean-Charles Cazes who acquired the family's initial holdings.

He is one of Bordeaux's legendary figures, a man of enormous dynamism, vision, energy and charm. His family have owned 5th Growth Ch Lynch Bages for decades but in recent years have added Ch Les Ormes de Pez in St Estephe to their portfolio. He has also been responsible for pioneering developments in wine tourism, gastronomy, wine education and the revitalization of the hamlet of Bages which sits behind Ch Lynch Bags. 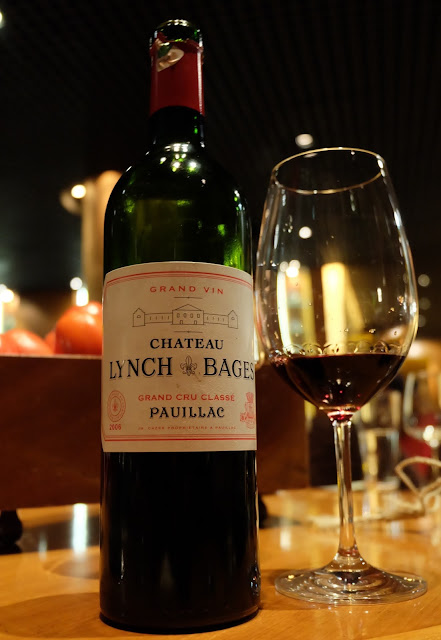 Chateau Lynch Bages
Château Lynch Bages, a 5ème Cru Classé, is one of the best-known Médoc estates and has always had a particularly strong following on this side of the English Channel. Since 1973 it has been owned by the enigmatic Jean-Michel Cazes and is now run by his son, Jean-Charles.

Lynch Bages's vineyards are superbly sited on a plateau west of Pauillac town, in the small village of Bages. The 90 hectares of vineyards (Red: Cabernet Sauvignon 75%, Merlot 15%, Cabernet Franc 10%) lie on deep gravel beds over limestone. For the reds, fermentation is temperature-controlled with extensive 'remontage' to ensure concentration and depth of colour. A special system of pipes transfers the wine from the cuves to the oak barriques (60% new) where it matures for 15 months.

Lynch Bages can be surprisingly soft and approachable when young. However, when fully mature, it develops a succulent richness and a heavenly bouquet of minty blackcurrants and cigar boxes. As Oz Clarke says "Lynch Bages is impressive at five years, beautiful at ten years and irresistible at twenty."
Posted by Burhan Abe di Wednesday, February 17, 2016