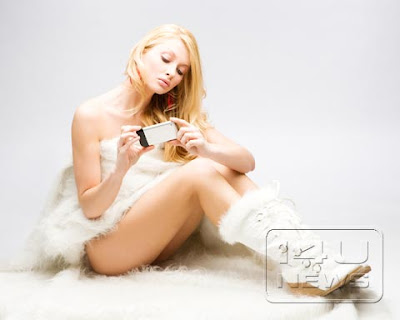 MOBILE phones have become an inseparable part of life. Almost half of the world's population depends on them. In Indonesia, the use of mobile phones grows an average 6 percent per year. The growth of mobile phone ownership and telecommunication development in Indonesia is among the fastest in the world, along with India, China and Brazil.

A few years ago, only certain people in a few major cities used cell phones, but today usage is more widespread. People in villages and even small children now are using mobile phones for communication. The Indonesian Telecommunication Regulator Agency (BRTI) predicts that in 2011, the number of mobile phone users, both 2G and 3G, will reach more than 100 million.

Significant increases are not only seen in mobile phone usage but also in computers. Previously, PCs were expensive and could not be carried everywhere, but now there are sophisticated and low-cost notebooks, which are portable. With numerous Wi-Fi spots available in many places, notebooks are likely to be another mass product in the near future.

Based on Gartner survey company data, in 2002 the number of notebooks was only 20 percent of the total PCs worldwide. However in 2006, the figure increased to 40 percent. At the end of this decade, notebook numbers are predicted to exceed PCs.

There are several reasons behind this phenomenon. First is today's mobile lifestyle that requires many people to work while on the move. Another factor is the success of Intel Centrino in popularizing Wi-Fi connections for easy access to the Internet. Both factors have led to the production of various types of notebooks, which are affordable for many.

What is interesting is that both notebooks and mobile phones have turned into vital gadgets of communication for both voice and data. There can also be a combination or convergence of the two gadgets. For example, BlackBerry and other similar gadgets can be used for communication with a mobile phone or Internet function.

Meanwhile, the iPhone can be regarded as a mini notebook, while it can also be used as a mobile phone. It offers the following services: mobile Internet, data application, digital media and news, wallpaper, ringtone, streaming video, and much more.

Notebooks and mobile phones indeed play an important role in today's telecommunications. In a discussion last year in Jakarta, the Chairman of the Telecommunication Committee of the Indonesian Chamber of Commerce, Anindya Bakrie, said that conventional media companies had to revamp their facilities to anticipate the penetration of the Internet and mobile phones if they did not want to be left behind. "The convergence of media has become a new challenge, because there is a new potential that is untapped, the television, computer and mobile phone," said Anindya, who is also the president director of Bakrie Telecom.

Thus, almost all aspects of life, without one really feeling it, are directed toward digital convergence, which offers various new solutions for both common consumers as well as businesspeople. Therefore, it is not surprising that the Indonesian telecommunications industry, as the largest infrastructure for digital data service, is investing on a huge scale.

Just look at the market and you will see how major manufacturers are almost simultaneously rushing to launch new products, such as Sony Ericsson, Nokia, Samsung, LG and even some Chinese vendors who are releasing their latest smart phones. Of course, BlackBerry and iPhone are always renewing their sophisticated series. Cellular operators are also adding more facilities and services for customers, for example many kinds of information that can be received through SMS, or access to Internet sites, like Facebook.

Many operators are making the available smart phones smarter as an SIM card can be inserted in a digital gadget or a hybrid gadget, a combination of mobile phone and PDA, to optimize its capacity and capability. With such hybrid gadgets we can do more and such smart phones seem to have a brain that can store almost anything and see everything through its digital lens and hear everything through its microphone, and through its touchscreen it seems to feel our fingers.

Indeed, smart phones are made to make life more convenient as they allow us to better organize and manage our activities, check emails and surf the virtual world. Plus the size is no bigger than the palm of an adult's hand. Smart phones and other types of mobile phones will undergo constant innovation today and in the future and soon will become a widespread global trend. The trend is already starting. Indeed it is a changing world! (Burhanuddin Abe)