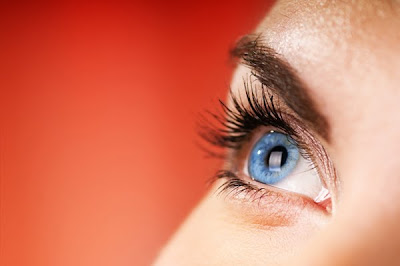 SPECTACLES indeed look trendy on some people, but they often cause discomfort and restrict freedom of movement. Wearing spectacles is made worse when they do not match one's face, which is unflattering to one's appearance. While contact lenses can solve this problem, there is a more advanced solution, namely the Lasik procedure.

Lasik or laser in-situ keratomileusis is a surgical procedure that has become a phenomenon as it can cure near and farsightedness and other eye problems in a very short time. Nowadays, many people are interested in Lasik because it is safe and effective.

There are two stages in the Lasik procedure, which are the development of retractive surgery technique. First, a tiny opening is made on the cornea and the second is to reshape the cornea by removing tissue in the cornea with a laser. The opening in the cornea is then re-closed.

The basic creation of Lasik started in the 1950s, when microkeratome was created. It is a precision surgical instrument with an oscillating blade designed for creating the corneal flap. Over the years, the microkeratome has been redesigned to perfection so that creating the corneal flap is safe. The second technological invention was ultraviolet laser, which was created in 1980 and can be used for accurate incisions in tissues without damaging surrounding tissue.

Ten years after the Lasik operation was approved by the FDA, millions of people around the world enjoyed its benefits and were finally freed from the discomfort of wearing spectacles or cleaning contact lens regularly.

However, a small portion of the many millions have complained about dry eyes, blurred vision and bleeding colors. A few also claim the procedure impaired their vision as they cannot watch movies or drive in the evening. Based on such complaints, the FDA did a Lasik safety audit. "The technology is more sophisticated and safer, but there are still a few patients who are not satisfied with the result," said FDA director for equipment and health radiology Dr Daniel G Schultz.

Since FDA's approval in 1998, Lasik turnover has reached US$2.5 billion per year. Up until 2006, the FDA had received 140 serious complaints about the procedure's side effects. However, the American Society of Cataract and Refractive Surgery (ASCRS) studied 3,000 articles collected by its committee and found 95 percent were satisfied with the surgery results.

Although the Lasik procedure has had FDA approval for a decade, it was only in September 2007 that NASA agreed to its astronauts undergoing the procedure. US navy top gun and air force pilots are also now allowed to undergo this procedure, which is limited to I Lasik and no other Lasik procedure.
I Lasik is a knifeless Lasik technology with an unprecedented level of safety and accuracy. It is the most sophisticated combination of Intralase and VISX Advanced CustomVue and is the best there is to date.

What is obvious, however, is that Lasik technology is getting more and more advanced as time passes. After I Lasik is Z-Lasik. Z-Lasik is a perfection of Lasik technology that is highly safe and comfortable for the patient. And why is that?

All this time consumers have only been aware of knifeless Lasik or All Laser Lasik, such as intralase, femtech and I Lasik, but Z-Lasik is far more advanced. Its technology was invented by the Ziemer Group, a multinational Swiss company that has made its reputation in ophthalmology. It has a highly superior feature, namely its speed of 1000 Khz, which is much faster than the 60 Khz of I Lasik. Z-Lasik makes flaps or incisions on the cornea using a Femtosecond technology laser, which provides the highest level of safety.

Laser Femtosecond is an infrared ray that can make comparatively more accurate incisions at the lowest heat level. This is indeed a breakthrough for such a procedure. Laser Femtosecond operates in ultra short impulses of light and is able to make a hole or an incision as small 0.100 mm in just 0.25 trillion second.

When making the flap on the cornea is more accurate, automatically the Excimer Laser used to eradicate near or farsightedness or cylinder correction can be finer. This method gives the following benefits: 1) Reduces glare effect in night vision; 2) The cornea tissue undergoing the procedure is thinner; 3) Reduces aberration on the cornea and 4) Gives better vision and more comfort to the patient.

The energy produced by Z-Lasik is also lower by 1,000 times compared to I Lasik so that the heat produced on the eye is much lower. This prevents thermal or radiation disorder on the cornea where Excimer Laser is given. That is why Z-Lasik is much safer and much faster in visual recovery than I Lasik. It is not surprising, therefore, that many leading institutions, such as the US army, the US navy, the US air force, marine corps and NASA have approved of its use.

The good news is that you don't have to go abroad to have this procedure done. When considering eye care centers in Indonesia, the Jakarta Eye Center (JEC) is one of the leading centers in the country. It is one of the most complete and sophisticated eye centers in Indonesia with a world-class reputation. Since its establishment in 1994, more than 110,000 patients have been treated at JEC. "JEC positions itself equal to such eye centers abroad,'' said Dr. Donny V. Istiantoro, one of the eye surgeons at JEC.

JEC is a pioneer in the country and first used the Lasik procedure in Indonesia in 1997, seven years after it was first introduced to the world. Lasik technology has undergone revolutionary development since M Lasik (Microkeratome Lasik), which used a surgical blade, until the knifeless procedure applied at JEC in 2006 using I Lasik (Intra Lasik). Today, JEC uses Z-Lasik, which is the safest, most modern and most accurate procedure. “Now patients do not have to worry any more, because the Z-Lasik procedure has been perfected and takes only 10 minutes to complete. The result is more precise and recovery is faster,'' said Donny.

Donny, who studied ophthalmology and graduated in Australia, added that JEC has operated on more than 17,000 patients and freed them from the need to wear spectacles and contact lens as well as those suffering from presbiopia (impaired vision due to old age). Perhaps it's time you, too, left your spectacles or contact lenses behind. (Burhanuddin Abe)