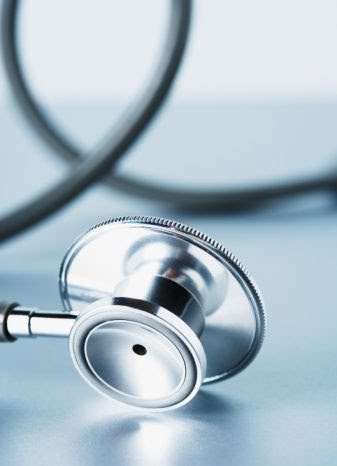 A tour is all about pleasure. Even when one is not in the best of health a tour can be helpful, especially since domestic medical services are not on a par with those offered abroad. Indeed, the medical tour has become another important element in traveling.

People from highly developed countries also go on medical tours to countries less developed that their own. This is because such countries now have the sophisticated and high quality hospitals and medical equipment. Moreover, the services provided in some Asian countries cost less than in countries like America.

Due to the high quality of services that are less costly, numerous patients travel to Asia to be treated in countries such as Thailand, Singapore, India and Malaysia.

According to the Deloitte Centre, some six million American citizens will visit such countries for medical purposes this year, while the figure for 2017 is forecasted to reach 15,750,000. The current revenue of US$16 billion is expected to increase 325 percent to $68 billion within the next two years.

Malaysia, for instance, is one of the Asian countries to enjoy foreign exchange income from medical tours. According to The Star newspaper, this sector has certainly boosted the country's economy.

Malaysian Tourism Ministry data show that while in 2001 only 75,210 foreign patients visited Malaysia, the figure rose almost four times to 296,687 in 2006 with an income of 60.31 million ringgit (Rp 195 billion). The Malaysian Hospital Association predicts that this sector will contribute Rp 1.78 trillion in 2010 from 625,000 foreign patients.

According to Frost & Sullivan Indonesia country director Eugene van de Weerd, medical tourism has made a significant contribution to the economies of the aforementioned countries and has become a vital component in the planning and development of medical services there. "The market value of medical tourism in India, Singapore, Thailand and Malaysia reached no less than $3 billion in the years 2007 and 2008, while the estimate for 2012 is $4.4 billion," he said.

In view of this promising potential, one should not be surprised at the all-out efforts by Singapore in managing its medical tourism. Many countries acknowledge that Singapore's medical facilities are the best in Southeast Asia.

Why Singapore? Most countries respect the medical services provided by hospitals in this country. Both private and government hospitals there are equipped with the latest medical equipment and most have become a benchmark for hospitals in the ASEAN region.

Singapore is set to maintain its top position for medical care in the region, especially for patients from ASEAN member countries. Therefore, numerous patients from Indonesia, Vietnam, Malaysia and India go to Singapore for quality medical care should it not be available in their home countries.

Singapore also has plenty of highly competent medical staff, professional doctors, nurses and so forth with the newest diagnostic and healthcare facilities. The cost is lower, or at least the same as in one's home country, but with more professional service.

What is unique is that patients are treated more like tourists. A patient can make a reservation via the hospital international medical service center from his or her home country and have free a consultation about his or her sickness or health complaint so that he or she can book the appropriate clinic. An estimate of cost is also provided before departure.

There is not much difference between the facilities at Singapore government hospitals and private hospitals. They are extremely clean and the design is modern and minimalist. Stores selling garments, toys and cosmetics as well a cafeteria are usually located on the ground floor.

The capability of medical teams and the high quality of equipment are also equal. Johns Hopkins Singapore International Medical Center (JHSIMC), for example, as the first Johns Hopkins hospital established outside the US, is dedicated to maintaining Johns Hopkins tradition in its superior research, education and medical and healthcare.

The medical team of JHSIMC jointly works to fulfill the patients' physical and psychological requirements and provides the highest standard of oncology service for both locals as well as international patients. Established in 2000 as a sophisticated oncology center at National University of Singapore, JHSIMC is now located in one of the buildings of the Tan Tock Seng Hospital. It has 12 beds for chemotherapy and can accept 30 inpatients for medical care.