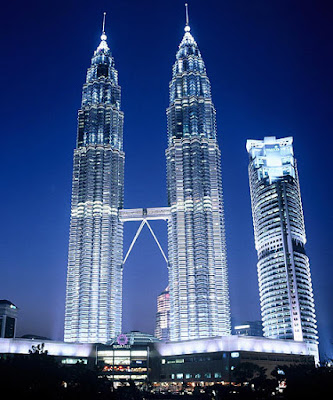 MALAYSIA is a familiar country to most Indonesians. It is only a short distance away by plane and the country’s Malays belong to the same race as Indonesians. Of course, Malaysia does not have the Borobudur temple, but the country, which is 329,847 square kilometers in area and has a population of 27 million, has one modern artifact, namely the Petronas Twin Towers. The 88-story towers are also called KLCC (Kuala Lumpur Convention Centre). They were built in 1988 and were the tallest buildings in the world until Taipei 101 was built in 2003.

KLCC is more than a concrete and glass building. The pride of the city is located in the heart of Kuala Lumpur and has an officials’ compound, convention board, a huge park and a modern business center. The towers were designed by Argentine Cesar Pelli, who was inspired by the geometric design often used in Islamic architecture, under the consultancy of Julius Gold.

Obviously KLCC is one of the major tourist attractions in Malaysia, especially Kuala Lumpur. The twin towers, which are the icon of the country, have unique tourist attractions, such as Aquaria, like Sea World in Ancol, Jakarta, and shopping malls. One of the most popular malls is Suriah, which is the favorite destination of shopaholics from many countries, including Indonesia.

Kuala Lumpur has become the favorite destination for those looking for top branded items. Next to KLCC, Bukit Bintang also called Bintang Walk, is another popular shopping destination. Here you can find traditional shops as well as modern boutiques. Many Indonesians seek Vincci shoes, which is Malaysia’s top brand for shoes sold at affordable prices.

Besides Kuala Lumpur there is also Sunway Pyramid in Petaling Jaya, where one can find a luxury mall. Here there are many programs during the year-end and branded items are sold at discounted prices. Apart from Indonesian tourists who visit, there are a great number of Indonesian students staying in this area, so it is not surprising to find numerous Indonesian restaurants around the mall.

There is also an outdoor park, called Sunway Lagoon Theme Park. One of the favorite parks for visitors is the water park, which resembles the water boom in Lippo Cikarang or the water park in Ancol, Jakarta. Also found here are an extreme park, scream park, wildlife park and amusement park just like Dreamland in Jakarta, but they are smaller in size. One can also find the Sunway Resort, so the whole area becomes an attractive integrated destination for the entire family.

A shopping trip is not complete without the uniquely Malaysian pewter accessories and jewelry made by Royal Selangor, which is finely made and famous worldwide. In the early days of Royal Selangor, the pewter was polished with “stone leaf” (tetracera scandens), a wild tropical leaf, to give it better shine. Royal Selangor, due to the fine craftsmanship, received recognition as DiRaja from Sultan Selangor, and was later recognized as Royal Pewter.

One of the attractions for tourists here is the School of Hard Knocks, where they are given a piece of pewter to make into any shape they want. Another tourist attraction is the world’s largest beer mug, which has been recorded in the Malaysia Book of Records and the Guinness Book of Records. The mug is 1.987 meters tall and weighs 1.577 kg and can hold 2,976 liters of beer. The mug has been exhibited in many countries, including Canada, Australia, Singapore and China.

Kuala Lumpur is indeed the starting point, but do not forget other interesting areas, such as Putrajaya, 30 kilometers away. It is the country’s third federal territory after Kuala Lumpur and Labuan. Here is the headquarters of the Malaysian government, just like Canberra in Australia. This was an ambitious project of former prime minister Mahathir Mohamad, who is believed to have spent more than US$6 billion establishing the city. The Putrajaya master plan commenced in 1993 and today most of the government offices have moved to this new city.

Putrajaya is not an ordinary new city, because it has beautiful architecture. All the buildings here are modern but built based on Islamic or Middle Eastern architecture. The main areas in Putrajaya are divided into precincts where you can find government and business offices, as well as residential and recreational areas. 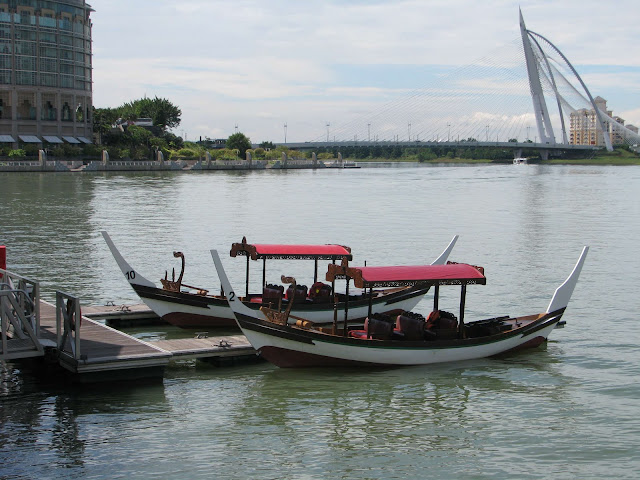 Putrajaya is an integrated concept of a smart park city as 38 percent of its area is dedicated to parks, a lake and a valley. Visitors have the opportunity to enjoy the tropical flora and fauna here. There are 12 parks in total, including Wetland Park, which has a huge manmade lake in the center. There is also an orchid park. A big mosque stands majestically beside the lake. Also worth a visit is the prime minister’s office, called Seri Perdana.

There is a city tour in Putrajaya that uses traditional boats as well as cruisers. We had the opportunity to go on Cruise Tasik, which took us round the lake past beautiful bridges and some of the government buildings in Putrajaya.

There are eight bridges on the lake. Each bridge is attractive in its own way as their designs resemble some of the famous bridges in the world, such as Khasju bridge in Iran, the Islamic Moorish bridge and the Pont Alexandre in Paris.

No trip to Malaysia seems complete without a visit to Genting Highlands, which is located on a hill like Puncak and Lembang in West Java. Genting Highlands is one of the world’s most popular destinations.

Located 2,000 meters above sea level on Mount Titiwangsa, Genting Highland is on the border of Pahang and Selangor states. It is a one-hour drive from Kuala Lumpur or can be reached by cable car, called Genting Skyway, which is the fastest in the world and the longest in Southeast Asia.

Genting Highlands was established in the early 1960s by Lim Goh Tong, a Chinese immigrant from Fujian, China, who was later naturalized. It is also referred to as Malaysia’s Las Vegas and is the only legal gambling resort in the country. It is operated by Resorts World Bhd, a subsidiary of the Genting Group. The resort also has a number of hotels, namely Hotel Genting, Hotel Highlands, Hotel Resort, Hotel Theme Park, Awana Genting and Hotel First World. Hotel First World has 6,118 rooms, making it the world’s second largest hotel.

Apart from gambling, the resort has many other facilities, such as theme park, golf course, malls, sky diving simulator, concert hall and so forth. In short, Genting Highlands offers a wide range of tourist attractions, playgrounds and recreational places for the family, both outdoor and indoor. (Burhanuddin Abe)