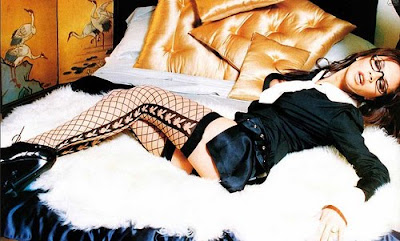 A luxury car is an obvious status symbol. It’s not surprising that many billionaires, celebrities or successful sportsman or sportswoman, have the hobby of collecting luxury cars. One would find, not one, but several luxury cars, parked in the driveway of their luxury homes.

One such example is David Beckham, who has seven luxury cars in his garage. With earnings of over US$200,000 per week the collection of this flamboyant soccer player is complete: BMW, Ferrari, Lamborghini, Aston Martin, Porsche, Hummer as well as Bentley.

This is not a new hobby for the husband of Victoria “Posh” Beckham. After becoming a soccer star he started to purchase luxury cars. His first Bentley costing £170,000 or about Rp 2.5 billion was left behind in England when he moved to Real Madrid. In Madrid the English soccer star was seen driving an open-top Aston Martin Vantage V8. In Manchester he often drives his Rolls Royce Phantom when going out with his wife.

Here in Indonesia there are many collectors of luxury cars although they prefer this not to be exposed to the public. Basically it is about prestige or social status. According to the owner of The Jakarta Consulting Group, Alfonsus Budi Susanto, it is easy to manipulate this prestige or social status issue in a cosmopolitan and pluralistic community in major cities. One can project a high profile or low profile image and each has its own consequences.

A car is the most conspicuous status symbol because since the Mataram kingdom horse-drawn carriages were already a prestige thing. Previously consumers had to be satisfied with purchasing luxury cars that were ex high-level foreign conference, ex embassy and so forth, but today they can buy such luxury cars directly. 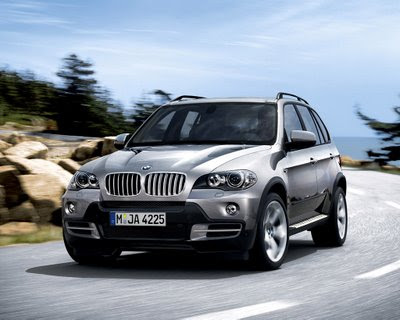 Moreover now there are many importers of luxury cars whose products are selling like hot cakes. So don’t be surprised by the increasing number of imported luxury cars as Indonesia is one promising market. In line with the improved economy completely built up (CBU) cars are again emerging. Although the segment is not too large, the market holds good prospects because there are not many players here selling cars at over Rp 700 million.

President and CEO of Mercedes-Benz Indonesia (MBI) Rudi Borgenheimer told the media recently that he estimated the sale of luxury cars in Indonesia could reach 5,400 units this year. His statement was made during the launching of three new models of Mercedes-Benz, namely C300 Avantgarde, E300 Avantgarde and E36 AMG.

Rudi said that car sales in Indonesia were improving due to the conducive economy reflected by the stable interest rate — 6.5 percent — and a contained inflation level, so MBI was optimistic its sales would go up to 3,700 units in 2010, which is an increase of 28.2 percent over last year’s total sales of 2,884 units.

Meanwhile, another German car manufacturer, BMW Indonesia announced that the sales for the January-September 2010 period has exceeded the 2009 figure, totaling 929 units far above the 2009 figure of 901 units. “We are quite happy with our achievement and are optimistic about our sales until the end of the year. The first nine months of this year have been a busy time for us with the launching of 10 new variants. The BMW X1 and the latest BMW 5 series have experienced a great demand, likewise BMW Gran Turismo,” said Ramesh Divyanathan, president director of BMW Indonesia.

According to Ramesh, BMW is currently focusing on sustainable long term growth and at the same time boosting energy savings as well as reduction of CO2 gas emission in each of its cars. “We will also present variants with BMW Advanced Diesel technology and introduce EfficientDynamics technology in each of the units sold in Indonesia,” added Ramesh.

The improved economy is not only advantageous to Mercedes-Benz and BMW. Other brands are also enjoying increased sales with many luxury brands being seen on the streets of Jakarta and a number of other major cities in Indonesia, such as Audi, Volvo, Bentley, Jaguar, Porsche, Lamborghini, Hummer and even Rolls-Royce. (Burhanuddin Abe)